If You Hear the Wind Blowing, You Might Want to Stay Out of Grant Park…

In The Happening, Shyamalan’s not afraid to use a little camp and a lot of dead people to critique the American public, the media, and to raise the question: If the environment could fight back, how would it?

When an air-born virus causes masses of people in the Northeast region of the country to suddenly kill themselves, the nation explodes into a panic, immediately targeting terrorists as the cause of the virus. Elliot Moore (Mark Wahlberg) and his wife Alma (Zooey Deschanel) flee Philadelphia by train, only to end up stranded in a small town in Pennsylvania with their friend’s daughter Jess. They meet up with a couple that talk to plants and are obsessed with hot dogs, the only drivers kind enough to give them a ride. Shyamalan depicts how, in a time of need, most people will sooner ditch a family than offer them a seat in their car.

Instances of American “asshole-ism” and the media are present throughout the film, with Alma saying something like, “I don’t want to be those assholes you see on the news who just walk away when someone’s in danger,” and an elderly character who never reads the news or turns on the television because she believes everyone is out to kill her. Shyamalan also keys into America’s dependence on media and technology, as a good portion of the plot is told through text messages and videos sent on iphones. It seems the real trouble starts happening to the characters only after they lose service on their cell phones…

The Happening, with the exception of a few jump-worthy appearances and disturbing images, is not a terrifying shocker or psychological thriller like some of M. Night Shyamalan’s previous films. Instead, it is a humorous satire on the horror genre and a wake-up call to the American public. Shyamalan references the nuclear test site location of fabricated homes and dummy families as seen in horror films like Wes Craven’s The Hills Have Eyes, updating the test site into the modern model home, in which everything is fake right down to the juice in the glasses and the plastic leaves of the plants.

The film’s antagonist embodies our country’s deepest, darkest fears: a national emergency that can’t be explained. This time, the emergency isn’t caused by ghosts or aliens (Sixth Sense, Signs), but by the entity that we neglect most: our environment. Though the thought of grass, trees, and plants communicating with each other to kill humans is a bit silly, Elliot and Alma seem to be fully aware of their characters’ ironic disposition, constantly easing deadly moments with banter about their shaky relationship.

Before the public finds out that this disaster is environmentally linked, the scapegoat theories about the air-born virus even include government conspiracies. Unfortunately, the shots of old women holed up in their living rooms wearing gas masks, families who sooner shoot children than let them into their boarded-up homes, and gun-crazy militants with ammunition are not too unimaginable for a country that, when faced with a crisis, tends to become overwhelmed with paranoia and terror.

In The Happening, Shyamalan’s not afraid to use a little camp and a lot of dead people to critique the American public, the media, and to raise the question: If the environment could fight back, how would it do so?

Uncategorized If You Hear the Wind Blowing, You Might Want to Stay Out of Grant Park…
« Previous Story 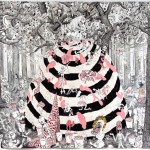