Saarinen’s work is unapologetically his own.

Throughout his brief yet prolific career, Finnish-American architect Eero Saarinen (1910-1961) reimagined the college campus, the corporate office park, mobile homes, and furniture. The son of Finnish architect Eliel Saarinen, he helped establish an American cultural identity in a time of post-war confusion. But because of his diverse architectural vocabulary, choice of building materials, and varied structural systems, critics called him chameleon and accused him of inventing a new style for every project. Some historians suggest he wavered between the International Style and Expressionism. Regardless, Saarinen’s work is unapologetically his own. In an increasingly globalized world of intersecting cultures, it is precisely this intrepid approach of exploring all styles that makes him relevant today.

Shaping the Future is a brief, well-edited retrospective at Washington, D.C.’s National Building Museum that includes examples of Saarinen’s correspondence, early sketches, and personal photographs in addition to the requisite blueprints, architectural models, and interviews. Meticulous by nature, he made exacting lists of the benefits potential spouses would offer him (ultimately he chose Aline Bernstein, an art critic at the New York Times, as his second wife). This caution seems directly in contrast to the bold and varying styles of his work, but also suggests that Saarinen made calculated leaps.

To supplement photos and sketches of Saarinen’s buildings, various models have been recreated by several national architectural firms, while Yale architecture students have developed videos explaining the mathematical basis of his designs. These all help to create a more tangible sense of where he drew inspiration from and his manner of thinking.

Saarinen’s interest in industrial building materials and fondness for sculptural form is evident throughout his career. The curvilinear forms of the Ingalls Ice Arena at Yale University (1956-1958), Washington Dulles International Airport (1958-1962), and Gateway Arch in St. Louis, Mo. (1947, completed 1965) are all critical elements of innovative support systems. The softness of these lines contrasts with the materials with which they were created (such as concrete and steel). Machinery and harsher angles played a large role in other structures, such as the IBM plant in Rochester, MN., (1958) that is a mass of blue and right angles in homage to the company’s nickname, “Big Blue,” and the General Motors Technical Center in Warren, MI. (1946-1955), that used the same neoprene gasket technology found in car windshields in its curtain walls.

Other Saarinen-designed buildings in this region include the Law School and Woodward Court Dormitory (19, demolished 2002) at the University of Chicago; John Deer World Headquarters (1964), Moline, Ill.; the North Campus (1963) and Earl V. More Building (1964) at the University of Michigan, Ann Arbor; and the Miller House, Columbus, IN. (1957).

His vision for space often permeating interior spaces, Saarinen also designed furniture. Among the best known are the “Tulip” or “Pedestal” series (1956) as well as the “Womb” chair (1948) and the “Grasshopper” lounge (1946), which are on display and still being produced by Knoll. Several of Saarinen’s furniture pieces were the result of collaboration with Charles Eames, for whom his son was named.

While some of the pieces in Shaping the Future issue a nearly-comical throwback to the retro, particularly the “Tulip” dining room set and the TWA Terminal at John F. Kennedy International Airport, New York, N.Y. (1962, demolished 2005), that aesthetic defined America in the post-war era. In an age where many designers develop modern styles by reinterpreting the past, Saarinen’s work seems particularly timeless. His work has clearly left its mark on modern society and seems destined to continue shaping architecture and design well into future.

Eero Saarinen : Shaping the Future will be at the National Building Museum, Washington, D.C., through August 23. Admission is free with suggested donation of $5. 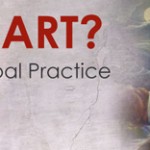