Two SAIC students are preparing an art exhibition that will run for a limited time on CTA train cars circling the Loop.

By Monica Labelle May 1, 2008 Uncategorized

Two SAIC students are preparing an art exhibition that will run for a limited time on CTA train cars circling the Loop.

Students Tristan Hummel and Scott Footer’s motives for creating a new art space are hardly new. They want to exhibit the work of lesser-known artists and create a new viewer experience. Their mode for displaying such work, however, is far from conventional.

On the evening of September 5 they will fill eight CTA train cars with art and send them around the Loop for a few hours.

“We just want to re-vamp how art is shown,” says Footer, a SAIC undergraduate, “and make it more of an experiential thing.”

Hummel came up with the idea more than a year ago when he saw a list of city property for rent, including CTA train cars. The idea of viewing art on a train appealed to him, and a friend encouraged him to do it. He just didn’t have the right person to help him along. Then he met Footer, and the two discussed the idea over beer and chicken wings at Kelly’s Pub. A few months later, they found themselves in a meeting with “a guy in a suit” at CTA headquarters.

Ever since that meeting they have had a taste for what it takes to start a business, raise funds, and sell a rather idealistic proposal. So far, they’re getting people on board.

“They were very receptive,” Footer said of CTA’s response. He added that the city’s transit authority has also done a similar project involving a fashion show. But this could end up being the largest moving art exhibition in Chicago.

Meanwhile, Hummel and Footer plan to show as many different mediums as possible and are especially keen to exhibit the work of fellow SAIC students, though the exhibition is open to all lesser-known Chicago artists.

“It’s focused on unknown artists, people in our situation,” Footer said. Going to school full-time, making time for art and getting by leaves little time for most artists to sort through the complexities of the gallery scene, he added. “The gallery system seems so ghostly.”

Hummel and Footer are picking the brains of as many people as possible to figure out how to show new-media and video art on the train. They’re also publishing flyers and raising funds.

The pair gets advice from a former executive through a program that partners experienced business people with inexperienced entrepreneurs. As a result, the two have learned to match their idealistic aims with realistic parameters. For example, the two did not want to charge admission for the show at first.

“Our guy basically laughed at us and said, How are you going to make money?’ ” Footer recalled. “We had this altruistic idea, but he made it about the reality.”

Eventually, the two also realized charging admission had a psychological element to it. People are more likely to think their outing is worthwhile if they invest in a ticket price. And then there is the larger reality. “We owe $10,000 to our investors, and it would be nice to break even, at least.” Hummel said.

All that reality talk aside, it is an artistic ideal that is steering their efforts. “The only reason we are putting on this show is we believe certain truths,” Hummel said. He says Chicago’s artistic community is at a crucial point: there is an abundance of art being produced but no cohesive movement. Secondly, Hummel and Footer think the mainstream gallery system is too limited to support the flurry of artistic activity.

While Footer and Hummel are focused on the September 5 event, they see it as one part of a larger picture.

“We hope this will make an impact,” Hummel said. “It’s so important to promote the entire art community and not just a single large project.”
Detail
Art on Track
an art exhibition on several CTA train cars circling the Loop, organized by SAIC students Scott Footer and Tristan Hummel
September 5, 6 pm – 10 pm
Applications for exhibition and information about the show on www.artontrack.net

Uncategorized Get On The Art Train
« Previous Story 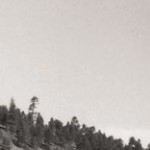 One Response to Get On The Art Train