The (Abriged) Sordid History of Recycling in Chicago

Recycling programs emerged globally in the 1980s and 1990s in response to fears about diminishing landfill space and landfill-generated air and water pollution. Chicago joined the trend, and, as with many big-city stories about government bureaucracy and city infrastructure, the following twenty-year saga proved to be a mess.

Recycling programs emerged globally in the 1980s and 1990s in response to fears about diminishing landfill space and landfill-generated air and water pollution. Chicago joined the trend, and, as with many big-city stories about government bureaucracy and city infrastructure, the following twenty-year saga proved to be a mess.

According to the Chicago Recycling Coalition, in 1986 the Illinois Solid Waste Management Act provided an early start to Illinois’ recycling policy, but by the 1990s recycling was almost non-existent in residential waste streams, and it was negligible in the commercial sector. The Coalition notes that in 1992 the City Council approved the Solid Waste Management Plan, which included the notorious “blue bag” program.

In 1995 the blue bag program, a Mayor Daley initiative, began recycling some waste in a small selection of low-density residential areas of Chicago. Under this plan, residents in blue-bag areas were required to buy blue recycling bags and mingle their recyclables in those bags. According to Mick Dumke of the Chicago Reader, the blue bags were then collected with common trash by Streets and Sanitation, and, in an expensive and remarkably inefficient process, removed, bag by bag, from the landfill loads at four new Materials Recycling and Recovery Facilities (sorting centers).

Also in 1995, the Chicago High Density Residential and Commercial Source Reduction and Recycling Ordinance came into effect. According to the City of Chicago’s stated policy: “Recycling must be made available to all residents who live in apartments, condominiums and cooperatives…If your building uses a private waste hauler (you have a metal Dumpster), the building management must offer tenants an effective recycling program.”

Dumke’s take on the problem is that many private trash haulers are not able to easily access the city’s recycling sorting centers, instead bringing their loads to transfer stations. Given the fact that to this day the ordinance is almost never enforced, there is little incentive for private haulers to genuinely participate in recycling sorting. In 2005 the Chicago Tribune’s Laurie Cohen and Dan Mihalopoulos published a highly critical article about Chicago’s recycling history, explaining that, compared to the sophisticated sorting centers where blue bags can be easily spotted and removed from trash loads, these “transfer stations” are essentially large sheds where trucks dump mounds of garbage, making the retrieval of blue bags from the giant piles near impossible.

Dumke, Cohen, Mihalopoulos and the Chicago Recycling Coalition all argue that in the late 1990s and early 2000s the blue bag program dissolved into confusion and mismanagement, with many blue bags filled with recyclables going straight into landfill. All the good will in the world won’t create a workable recycling system unless infrastructure exists to support it.

The younger sister of the blue bag program is the newer “blue cart” program, also Mayor Daley’s progeny. The 2005 pilot blue cart program provided blue bins for low density residences in particular wards, with bi-weekly pick-ups, and this pilot was expanded in 2007. However, if you are one of the many city residents who live in high-density housing, or in a ward not included in the blue cart program, recycling your waste requires extra initiative to get to a recycling center, or extra rallying to encourage your private hauler to participate.

In 2007 the City of Chicago announced it received a State funding injection from Gov. Blagojevich for blue cart manufacture and distribution, enabling the program to expand. But given that it serves only 80,000 residences in seven city wards, the blue cart program is a long way from becoming a genuinely city-wide initiative.

Throughout Chicago’s oh-so-blue recycling history, statistics of the amount of recycled waste have remained strikingly low. The most recent results published by the City of Chicago in 2008 state that in the wards involved in the blue cart program, 16.42 percent of all waste was recycled. In 2005 the Chicago Tribune reported nearly 30 percent of the city’s household waste was not making it anywhere near the city’s sorting centers, meaning any blue bags in that percentage had no chance of making it anywhere but the landfill, and only 17 percent of the city’s total residential garbage was being diverted to recycling streams. In October 2007 the Chicago Reader estimated between 5 and 10 percent of high-density residential waste is recycled. Compare these stats to the whole-city target of 60 percent of waste being redirected into recycled streams by 2010. Wait, isn’t it 2008 already?

Some of the most toxic waste we generate can actually be recycled. Batteries, paint, computers, laptops, cell phones and even sneakers can be recycled at customized recycling centers in Chicago. You just have to know where to look.

Paint and other hazardous materials

Paint can be pretty toxic stuff, so it is important to know the best way to dispose of it in order to minimize environmental damage. Dried Latex paint can be taken to this facility, but unwanted oil-based paint should be picked up in a scheduled Hazardous Waste Collection, not rinsed down the sink. This center also includes a Paint Exchange for latex paint. This is also a great resource for artists. You’ll feel like a kid in a candy store with all that free paint up for grabs. At the Goose Island Center you can also recycle spray cans, pesticides, anti-freeze, motor oil, gasoline, computers, bulbs, cell phones, mercury and fluorescent lamps and other nasty things.

The important issue with battery waste is not volume, but toxicity. The heavy metals from batteries, when in landfill, can leach into the soil and groundwater and contaminate large areas of land. Therefore, safe and responsible disposal is the way to go. Alkaline, lithium and button batteries can be recycled at 83 public libraries and 114 Walgreens stores around Chicago. Level eight of SAIC’s MacLean Center at 112 S. Michigan Avenue also has a bucket in which you can drop off your used batteries for recycling. Car batteries have to be disposed in a Hazardous Waste pickup.

It is shameful that a city as large as Chicago only provides 15 city-run recycling drop-off points. Nonetheless, if you have the inclination (and a car), one of the best ways to ensure your recycled materials get to the right place is to use a drop-off center. Here are the centers closest to SAIC.

Allied Waste is planning to provide a construction waste recycling program at the School, although no dates are yet available for this development. With this change, scrap wood and industrial foams and plastics will be recyclable. Meanwhile, in addition to existing reuse measures at the School, SAIC is initiating a few large “usable reuse” bins for scrap wood and other unwanted materials, where students can dump and pilfer as they wish. Already, students have the options to reuse fabric, scrap metal, and electronics, with bins and repositories in various departments.

What you can recycle with Allied at SAIC

Not recyclable with Allied’s program at SAIC 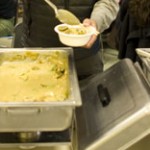 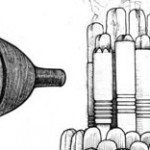 One Response to The (Abriged) Sordid History of Recycling in Chicago