Review of photography exhibit at the Chicago Cultural Center

Rania Matar’s Women of Islam is a well-meaning but problematic artistic attempt to humanize the experiences of women in the Middle East. Matar, now based in Boston, was born in Lebanon and lived there until 1984. Her small-scale, black-and-white photographs can be positioned somewhere between artworks and photo-documentary. This series depicts Lebanese and Palestinian women and children, including images from Palestinian refugee camps in Lebanon.

According to the exhibition flyer, Matar’s photographs have “a specific focus on Muslim women and the volatile issue of the head scarf in Islamic society,” and states that Matar’s photographs bring “their humanity into sharp focus by getting up-close, ‘intimate’ shots.” Indeed, the photographs are beautiful, intimate and well-composed. My concern, however, is with the potentially unnecessary and under-analyzed focus on the “veil,” particularly as it is presented to Western audiences.

Matar’s photographs frequently resort to banal, obvious juxtapositions: unveiled women with veiled women, a naked mannequin in a shop window while a woman in a burqa walks by. One work, titled Unveiled, Southern Lebanon, 2006, shows a young, cheeky-looking girl with wavy hair, grinning at the camera, among her (veiled) peers. Another work, I-Pod (sic), depicts a young Muslim woman listening to an iPod; the reason for this choice of subject matter is confusing: are we meant to be surprised that she listens to her iPod like “we” do? The attempt to individualize and humanize may not be as successful as the artist had hoped: the actual names of the women pictured are rarely used, instead Matar opts for titles such as Covered in the heat, Beirut, 2005.

It is Matar’s over-emphasis on the veil that is troubling. If many of the women depicted are from refugee camps, then perhaps wearing the hijab or the burqa is one of the least of their concerns. This focus on the veil says more about the Western obsession with and understanding of the veil as the single marker of difference in the constructed East-West divide.

As noted by anthropologist Fadwa El Guindi, “The word veil is ’sexy’ and marketable in the West. It thus tends to be overused, invariably out of or without context… in a way disproportionate to the relative significance of the veil in Middle Eastern affairs, and irrespective of the quality of knowledge about the veil.” These women are not only defined by their difference, they are seen as symptomatic of contemporary political conflict: the embodiment of the incurable divide between Eastern and Western attitudes, desires and values (a divide that is artificial and constructed).

Matar’s position as a Lebanese-born American can be seen to mean that she has more “right” or agency to depict the stories of such women; however, it does not make her immune to the Western irrationality of focusing on a specific item of clothing when dealing with major humanitarian and military crises. Here, the titles, and the explanatory flyer, have led to the show’s problems; the photographs remain poignant, beautiful, and worth a visit. 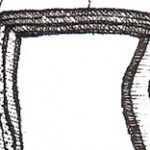 Survival Tips for the Newly Initiated