For years I pondered over terms of identity, feeling limited by the words I was given. Was I a Jewish Canadian, a Canadian Jew, a Canadian Jewish woman… and which word was to be emphasized? Was the first word the most prominent or was it merely an adjective describing the last word?

The struggle to define oneself is in large part a result of globalization. Technological advancements enabled an increased mobility of people and rapid distribution of information that permeated borders across cultures and geographic lines. The recognition of multiculturalism challenged people to learn about other people’s customs, and we began to compare ourselves with other communities. The more we learn about other people and foreign cultures, the more we seek to define ourselves, and the harder it becomes to define ourselves, the more we strive to find identity. Only today are we beginning to understand we have each become a fusion of many cultures.

The Spertus Institute for Jewish Studies explores these questions of identity. On November 30, 2007, Spertus opened its doors to visitors in their new building at 610 S. Michigan Ave., across from Grant Park. Along with a new, flashy building, the institute has revamped its mission and programming. Since the “Jew” can no longer be reduced to a single ethnic, religious, or cultural category, the exhibits and programs at Spertus are reflective of the diversity and complexities of contemporary Jewish identities. The curators at Spertus have created an intellectual space for critical conversation on the deconstruction of identity to explore how individuals interact with the broader culture.

The exhibits at Spertus do not provide a straightforward history of the Jewish people, nor do they tell Jews how to practice their faith. Most exhibits will explore the overlap of Judaism and other secular activities, while other programs may create a venue for conversation across religions. Although the content and discussion of every program at Spertus deals with themes in Judaism, many of these experiences are universal.

The inaugural exhibit, The New Authentics: Artists of the Post-Jewish Generation, speaks to the increasingly diverse and personally defined cultures within the United States. The exhibit features sixteen American artists, some of them religiously devout and some atheist. However, for each artist their connection to Judaism informs their artistic expression. A video diptych by Jennifer Zackin and Sanford Biggers titled A Small World juxtaposes footage of social gatherings from American Jewish and African American families. The focus seems to be on children, birthday parties and an afternoon at the beach. The activities appear universal, so how are the identities unique? Not only is the exhibit a catalyst for conversation on the plurality of identity, select pieces are also quite humorous.

The new Spertus Institute is a unique kind of culturally specific museum that not only strives to legitimize a marginalized people but serve as an ntellectual and artistic catalyst for conversation on the plurality of identity. In a world of overlapping and fusing cultures, the standard classifications—Jew, Canadian, woman—are often too limiting. 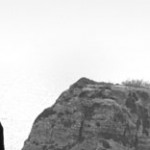