Readers respond to Emile Ferris’s article in our April issue, “Rachel Corrie is not done talking,” about the New York Theatre Workshop’s canceling its production of “My Name is Rachel Corrie.”

By F Newsmagazine May 1, 2006 Letters, Uncategorized

“My Name is Rachel Corrie”

Nothing peaceful in Corrie’s face

Responses to the article “Rachel Corrie is not done talking: Performance director Alan Rickman: “Censorship born out of fear,” by Emile Ferris, in the April 2006 issue of F Newsmagazine.

To the Editor of F Newsmagazine:

In today’s paper there was a long article extolling the virtues of “peace activist” Rachel Corrie. Some might want to establish the image of this very misguided American as a “dove of peace,” but pictures are stronger than words.

And here is the most famous image of Rachel Corrie—burning an American flag in Gaza There is nothing particularly peaceful in her face contorted with anger. Nor did her fondness for hanging out with terrorists and supporting terror recommend itself as a peaceful activity, or a particularly honorable one. Your writer used a lot of ink for his lengthy opus, but skimped on the facts.

Sincerely,
Fiona Grady
via email
May 2006

(Editor’s note: F Newsmagazine could not obtain rights to reproduce the photo attached to the e-mail)

The other side of the Rachel Corrie argument

Emile Ferris’s article about the play “My Name is Rachel Corrie” is a two-page spread, it is, however, woefully one-sided.

The article paints a glowing portrait of Miss Corrie: she is [an] idealistic member of [the] International Solidarity Movement (ISM), dedicated to “a non-violent resistance to Israeli occupation” in Gaza. She died in an accident when standing in front of the Israeli Army bulldozer that was poised to demolish a house in Gaza.

There are many quotes from Rachel Corrie’s family and supporters in the article, but not one from her detractors. Perhaps the simple listing of the following facts about Miss Corrie’s life and death would help the readers make [up] their own minds, without the “celebrity endorsements” by Vanessa Redgrave and Alan Rickman:

1) Despite their stated mission of supporting non-violent resistance to the Israeli Occupation in Gaza and the West Bank, the International Solidarity Movement has often acted as a terrorist-enabling organization.

The Israeli Army bulldozer that Rachel Corrie tried to stop was dispatched [to] a house in Gaza. Underneath this house was a tunnel running across the border to Egypt and used by Palestinian terrorists to smuggle explosives and arms. These are used in terror attacks against Israeli civilians. In other words, Rachel Corrie valued a HOUSE owned by a Palestinian terrorist above an Israeli LIFE.
Rachel Corrie and her comrades of the ISM have hosted two terrorists on the night before their mission inside Israel. This mission was a terrorist attack on Mike’s Place Pub in Tel Aviv that killed seven people and maimed scores. Some Americans were among the victims.

2) The article presents a peace-loving image of Rachel Corrie and compares her to a dove. However, the most famous real image of Miss Corrie is her photograph with Palestinian children: her head is covered by [a] hijab, her face is contorted with rage and she is burning a home-made American flag. Ironically, the young Palestinian schoolchildren are watching her antics with amusement.
Contrary to the image that ISM cultivates in the West, they are not very popular in the very conservative Palestinian towns because of their reputation for alcohol consumption, drugs, and sexual permissiveness. Several months ago, a joint clerical committee of rabbis and imams in the city of Hebron on the West Bank in an extremely rare unity petitioned the ISM to leave their town because their behavior was “corrupting the city’s youth.”

3) The circumstances of Miss Corrie’s death are presented as facts, when in reality the testimonies of the ISM members who witnessed the accident varied from the start and were duly recorded before the official version issued by the ISM was cemented. Many have testified that she was injured by the flying debris of the demolished house. On the basis of the ISM testimony that Rachel Corrie was crushed by a bulldozer, the Israeli Army conducted a full investigation of her death, and it was proven beyond doubt that it was impossible for the bulldozer driver to see anyone crouching in front of the raised bulldozer blade.

4) Corrie’s parents filed a suit against [the] Israeli Army and have complained that this lawsuit cannot be accepted in the Israeli Court. But what about the families of the scores of Israeli victims and the mangled survivors of the terrorist attacks that Rachel Corrie and her friends abetted?

“My Name is Rachel Corrie” was performed in London and was considered for production in New York. When will anyone consider producing these plays?

Rachel Levy (17, blown up in a grocery store);
Rachel Levi (19, shot while waiting for the bus);
Rachel Gavish (killed with her husband, son and father while at home celebrating a Passover meal);
Rachel Charhi (blown up while sitting in a Tel Aviv cafe, leaving three young children);
Rachel Shabo (murdered with her three sons aged 16, 13 and five, while at home).
Rachel Thaler (16, was blown up at a pizzeria along with her friends)

(The following letter from Jeff Halper, a prominent Israeli peace activist, was sent in response to Ferris’s initial research inquiries for the article.)

ICAHD [The Israeli Committee Against House Demolitions] has a history of action with regards to Rachel Corrie. Her parents, Craig and Cindy, are close friends of ours. As such we appreciate that our Consulate General of the Midwest did not attempt to repeat the rubbish about tunnels under the house of Dr. Samir Nasrallah, in front of whose house Rachel was killed. There was no tunnel at that location. Individual spokespeople for the Israeli Defense Forces [IDF] have made various claims at various times with regards to Rachel’s death including that she was killed by the collapsing wall of a house [BBC’s Dispatches: The Killing Zone, 2003]. What is clear though, in that statement is that the Israeli government is sticking to the line that the mass demolitions done in the southern Gaza Strip were done for strictly security reasons. We believe this to be demonstrably false, for the reasons listed below.

The infamous tunnels that ran below the Palestinian border with Egypt were never a valid justification for house demolitions. Under the Fourth Geneva Convention, to which Israel is party, the Occupying Power (Israel) is allowed to take certain precautions inside the Occupied Territory (Palestine) to guard the safety of the occupier’s forces [Geneva Convention, 1949]. This would include making reasonable and proportional efforts to disrupt the traffic of arms beneath the Gaza border. With regards to what we did to Rafah, Israel was neither reasonable nor proportional. If demolition was the best way to locate and disable the tunnels, which it was not, the Palestinians would have [to] be virtually a race of mole people to justify the demolition of over 2,500 houses and have it be proportional to the threat posed to Israel [statistics from the Palestinian Center for Human Rights, 2006].

Demolition of Palestinian houses was arguably the worst way short of using a divining rod to locate and disable tunnels beneath the border. In a report released in October of 2004, Human Rights Watch pointed out that there were many existing technologies that could have found the tunnels and disabled them with little to risk to the lives of both Israeli soldiers and Palestinians, and that would not have required any damage to the houses of Palestinians [“Razing Rafah: Mass Home Demolitions in the Gaza Strip,” 2004]. These would also have been much cheaper in financial terms than the multiple military incursions into hostile territory. Demolishing a house is not cheap. In addition, Israel is prohibited by the Fourth Geneva Convention from taking the action even if those houses did have tunnels under them [Geneva Convention, 1949].

It being the case that the overwhelming majority of those houses—even the most ridiculously bloated estimates total less than five percent of the houses demolished in Rafah—had no relation whatsoever to tunnels or smuggling. Israel’s actions stand in grave violation of the Fourth Geneva Convention, along with many other international agreements on human rights and the protection of property [see, among others, the Universal Declaration of Human Rights; the International Covenant on Economic, Social and Cultural Rights; and the Convention Relating to the Status of Refugees]

It has historically been the case that the IDF rarely prosecutes those who commit crimes against Palestinians or anyone else, including young American peace activists. There are rarely investigations and the “investigations” that do happen almost always lead to exoneration [see for example “Whitewash: The Office of Judge the Advocate General’s Examination of the Death of Khalil al-Mughrabi, 11, on 7 July 2001,” B’tselem, 2001]. The lack of transparency in these investigations is of major concern and it’s of little surprise that a behind-closed-doors investigation is still occurring three years after the death of Rachel Corrie despite multiple eyewitnesses along with video footage and photographic documentation of most of the incident [BBC’s Dispatches: The Killing Zone, 2003]. 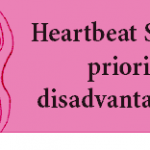