Heartbeat Swap’s altruistic priorities benefit disadvantaged Chicagoans. Heartbeat SWAP (Salon for Waking Altruistic Priorities) began in the wake of a field trip to the Chicago Center for Green Technology, a building on North Sacramento Boulevard that was designed and functions using green technology, and that rents space to companies providing environmental services and products.

By Robyn Coffey May 1, 2006 Uncategorized

I have a friend named Bob who just bought a brand-new, bright-orange Vespa, and he just won’t shut up about the thing. He tells me constantly how useful it is; how fun, affordable, and artistic it is; how it contributes to the greater good of the human race. I told him it’s a shame there’s darn few things in this world that are so delightful and sublime. Fortunately, there is a group at this very school whose mission is to bring to Chicago the marvelous well-being that Bob’s Vespa brings to him.

Heartbeat SWAP (Salon for Waking Altruistic Priorities) began in the wake of a field trip to the Chicago Center for Green Technology, a building on North Sacramento Boulevard that was designed and functions using green technology, and that rents space to companies providing environmental services and products.

Nanci N. Ikejimba, president and co-founder of Heartbeat SWAP, explained that the CCGT “served as an excellent model of the power of individuals to change the course of society for the better.” She describes how “a passionate discussion ensued between the students as to what steps they could take to change their own lives and help their community. This was the first Salon for Waking Altruistic Priorities. These were the first heartbeats.”

Ikejimba, who begins her group emails with “Hello, heartbeats!” and ends them with “Kisses!” says that activism is a foundation for the SWAP. “This means that we are working towards making an impact on the world around us,” she says. “SWAPs are open forums for artists, and pretty much anyone, to voice concerns and anxieties. The goal though is to work together towards a plan of action.”

The group’s plan of action this year is raising money for two causes—the New Community Warming Center in Logan Square, and a tutoring program called 826CHI. The Warming Center, run by the New Community Covenant Church, is, according to its website (http://www.thenewcom.com/), “a place for folks to get out of the elements for a few hours each day, share a meal with friends, and get connected to resources.” Heartbeat SWAP’s donations of money raised through the sale of members’ work at the Spring Art Sale, will help the Center provide necessities like clothes, food, and medical assistance to needy individuals.

Ikejimba describes the careful coordination required by the SWAP’s members to generate saleable work so the proceeds may be donated. The 30 to 45 members met every other Wednesday evening. “During this time,” she says, “we catch up on all the work everyone’s been doing up to that point. We address any problems any Heartbeat has run into with work for the shows, or, in general, in life—pretty much check up on each other.

We bring ideas and issues we feel are important to the table, make changes to any ongoing projects, give and get advice.” Between meetings, smaller groups organize gatherings to work on projects. “For example, we have a sewing group that meets every Tuesday, Thursday, Friday, and Sunday to work on bags, skirts, aprons, wallets, patches, jewelry, and a bunch of other things we are going to be selling at the Spring Art Sale. We also have a publicity group, a screen-printing group, and a general work-force group.”

So with all the excellent karma being pumped out into the city by the members of Heartbeat SWAP, they are bound to be successful. As one of the groups friend’s posted in a comment on their MySpace page, “Doing good thangs. Good thangs will happen.”

If only the purchase of a brand-new, bright-orange Vespa were considered as altruistic… 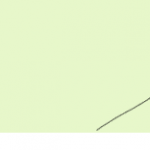