By Jessica Wigent May 1, 2006 Uncategorized

The Merriam-Webster Dictionary defines “gone” as:

The New Yorker’s Seymour Hersh, who previously broke the Abu Ghraib prison abuse scandal, made the political talk-show rounds on Sunday, April 9, to discuss his newest finding: the Bush Administration is preparing for a possible nuclear strike against Iran. Just after the president denounced Hersh’s report as “wild speculation,” Iran’s president, Mahmoud Ahmadinejad released the following statement on Tuesday, April 11: “I am officially announcing that Iran has joined…those countries which have nuclear technology.”

The Bush Administration has long included Iran in its “Axis of Evil,” and many have speculated that the Administration was contemplating using force to ensure that Ahmadinejad would not have the weapons to, as he once claimed, “destroy Israel.” William Arkin, a defense analyst who writes for the Washington Post, said that the administration has been planning a strategic invasion of Iran since 2003. Still, that the plans may include nuclear weapons was a surprise, especially when “we don’t even know where all of Iran’s nuclear facilities are,” according to the Christian Science Monitor,

UK Foreign Secretary Jack Straw called the plans to attack Iran with nuclear weapons “just nuts.” Here’s hoping that our President hasn’t “lost” all his marbles, and that any plans of nuclear attack against any country never make it to the table again.

That which has passed

After all the sound bites, after hundreds of thousands of people took to the streets to voice their opinions on the immigration bill pending in Congress, the Senate bickered itself into non-action on April 7. In a procedural vote in the Senate, the bill garnered only 38 votes, far short of the 60 needed to advance to the floor. With the votes split on party lines, Democrats in favor, Republicans opposed, the bickering continued. “It’s not gone forward because there’s a political advantage for Democrats not to have an immigration bill,” said Senate Judiciary Committee Chairman Arlen Specter, (R-PA).

The Democrats, meanwhile, blamed Republicans for insisting on amendments that would change the language of the bill. “This opportunity is slipping through our hands like grains of sand,” said Assistant Senate Democratic Leader Dick Durbin of Illinois. With Congress now on Easter recess, Senator Spector has promised to make the bill a priority once the Senate returns. Even if the bill passes in the next few weeks, there’s still the problem of reconciling the more lenient Senate version with the harsh language of the already-passed House bill, with many Republican representatives opposing any opportunities for current illegal immigrants to be granted citizenship without having to return to their home countries first.

Our elected officials, both Democrat and Republican, had the chance to capture the energy of the people in the streets, which the New York Times called “an amazing achievement in mass political action.” They failed. Although their chance has not completely “passed,” they squandered an amazing opportunity.

It’s been a bad couple of months for Donald Rumsfeld. Since the invasion of Iraq, Rumsfeld and his associates have been accused of underestimating the insurgency and not committing enough troops to ensure victory. But partisan bantering cannot be held to the same standard as the questioning of the Secretary of Defense by several respected generals who held important positions of power with long records of service.

Seven retired generals have now called for Rumsfeld’s resignation, although, as Slate’s Daniel Engber notes, those seven comprise less than one percent of all retired generals. That the generals are criticizing the Secretary of Defense during wartime, an idea that would appear to go against everything the armed services teaches, should not be overlooked.

General Anthony Zinni, former head of the U.S. Central Command where he oversaw military operations in the Persian Gulf and South Asia, has acknowledged, “I saw the intelligence right up to the day of the war, and I did not see any imminent threat there.”

Lieutenant General Greg Newbold, former operations director for the Joint Chiefs of Staff, concurs with Zinni in the April 24 issue of Time Magazine, calling the invasion of Iraq an “unnecessary war,” while urging active-duty officers to have the courage to raise their concerns with their superiors. He goes on to say, “I now regret that I did not more openly challenge those who were determined to invade a country whose actions were peripheral to the real threat—Al Qaeda.”

At least one person did try to ensure that accurate information was presented to Congress, even if it wasn’t what the Administration wanted to be made public. General Eric Shinseki, Army Chief of Staff when President Bush was elected, told the Senate Armed Services Committee before the war began that “a few hundred thousand troops” were needed to sustain not only the war effort, but the rebuilding afterwards. This was not a figure that was going to gain the Administration much public support. General Paul Eaton, a retired Army major general who managed the training of the Iraqi military from 2003 to 2004, described in a March New York Times editorial the fallout: “Mr. Rumsfeld retaliated by naming General Shinseki’s successor more than a year before his scheduled retirement, effectively undercutting his authority. The rest of the senior brass got the message, and nobody has complained since.”

Unsurprisingly, President Bush disagrees with what retired Army Major General John Riggs called “the atmosphere of arrogance” that Rumsfeld created within the department, and has recently defended Rumsfeld, saying that he is “exactly what is needed at this critical period.” While Rumsfeld’s career has not, as of press time, come completely “undone,” at least one American citizen, Truth Hunter, who runs a blog that was featured on Slate recently, wonders, “Do you think Rumsfeld will leave his job for ‘family reasons’ and then receive from President Bush the Presidential Medal of Freedom?” (In case you’ve forgotten, remember Paul Bremer?)

Out of this world

With all this talk about nuclear attacks, corrupt politicians, and illegal aliens, we must not forget the children. The Department of Health and Human Services in January 2006 announced new guidelines for abstinence-only education programs applying for grant money. According to the HHS webpage, these programs teach abstinence as “a mutually faithful monogamous relationship in context of marriage is the expected standard of human sexual activity,” and that “sexual activity outside of the context of marriage is likely to have harmful psychological and physical effects.” Included in many of the programs’ teaching is the federal definition of marriage as defined as strictly between one woman and one man.

According to Planned Parenthood, which released a statement saying that the new guidelines arise “not from logic or evidence, but from extreme right-wing ideology,” abstinence-education groups have received more than one billion federal tax dollars since 1996. The 2006 federal budget allots $115 million for the programs that, according to a contested 2004 report by representative Henry Waxman (D-CA), abortion leads to sterility and suicide and that a 43-day-old fetus is a “thinking person.”

What’s probably most interesting is what it doesn’t teach: birth-control options and safe-sex methods, including how to protect against HIV.

That which has departed

The United Nations Office for the Coordination of Humanitarian Affairs (UNOCHA) recently confirmed a March report in Gay City News that gay Iraqis are being killed for their sexual orientation. The BBC is the first major news organization to run the story, on April 17 (though they conspiculously don’t cite Gay City as the source for their information). As of press time, neither the New York Times, Washington Post, Chicago Tribune, nor any other major newspaper in this country has reported on the issue.

Writer Doug Ireland interviewed gay men both in and outside Iraq who blame the violence on the religious influence within the government, especially the Shia’s increasingly powerful and violent Badr brigades, the armed wing of the Supreme Council for the Islamic Revolution in Iraq. Last year, Ayatollah Sistani, the Iranian-born “supreme Shiite authority in Iraq,” issued an anti-gay fatwa, which can be read on his website. It says that people who engage in homosexual behavior “should be killed in the worst, most severe way of killing.”

Ahmed, a gay Iraqi man who spoke with Ireland, had survived a grenade attack and fled to Jordan nine months ago, after his partner and another gay friend were shot and killed when the police raided his home.

Tahseen, 31-year-old photography lab technician, told Ireland in March, “Right now, I have five gay men hiding in my room in fear of their lives, because they cannot go outside without risking being killed.”

Another man, Hussein, who could only give an alias so as not to put himself in even more danger, believes that their situation has only deteriorated since the war began. “Saddam was a tyrant,” Hussein said, “but at least we had more freedom then.”

The United States continues to appease and court the favor of Sistani; the Bush Administration fears that if they lose the most powerful Shiite cleric in Iraq as an ally, the war in Iraq may be lost. But if these troops are targeting innocent civilians on Sistani’s orders, the United States has an obligation, to its people, to the people of Iraq, and to those who have departed, oftentimes execution-style, to quit pandering. 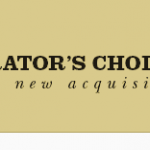