Dean Byington was born in Southern California in 1958 and received his training at the Universities of California Santa Cruz and Berkeley. He continues to live and work in the Bay Area, and has exhibited in San Francisco for the last 12 years.

By Mark Pascale May 1, 2006 Uncategorized

Dean Byington was born in Southern California in 1958 and received his training at the Universities of California Santa Cruz and Berkeley. He continues to live and work in the Bay Area, and has exhibited in San Francisco for the last 12 years. After experimenting with paintings made in part with photo-emulsion and using imagery appropriated from military industry magazines, about five years ago he changed to using photo-screenprinting on canvas, which has changed the work fundamentally. While he shares a technical heritage initiated by Robert Rauschenberg and Andy Warhol, both of whom began to use photo-screenprinting on canvas in 1962, Byington’s work relies less on mass media. This has freed him to focus on what he makes with the images, as opposed to what meanings are implied by recognizable pictures.

Landscape has long been an interest of Byington’s, and with this recent work he has mined images culled from Victorian and Symbolist illustrations. He chose these sources not to create a sense of nostalgia, but to force the viewer to pay close attention to the highly detailed woodland scenes that he creates. The artist’s process relies heavily on small collages that he painstakingly constructs using multiple photocopies, such as this work that the Art Institute of Chicago has recently acquired. These share a heritage with the Surrealist collages of Max Ernst, several of which are in the AIC’s collection. But, where Ernst used the medium to bring new and unexpected insight to illustrated texts, Byington uses these sources as a springboard for creating patterns that repeat and overlap in larger works on canvas. Thus, while his drawings stand alone as richly realized graphic inventions, they also serve as the sources for step and repeated patterns that he transfers to canvas (see illustration and detail of “Frugal Life”).

John Yau writes in a 2003 exhibition catalog that their obsessive detail communicates the artist’s emotional attunement to the sense of impending disaster, possibly ecological, that marks our historical moment. On the other hand, the work is beautiful, and can therefore be fixed to our moment, because the issue of beauty is a focused part of the locus for art again. In acquiring this work, we have considered how it will enhance our holdings of contemporary drawing exemplified by the work of Arturo Herrera and others whose use of collage continues to extend the vocabulary of painting.

Serendipitously, the current exhibition Andy Warhol/Supernova at the Museum of Contemporary Art (continuing through June 18), provides an extraordinary introduction for those unfamiliar with Warhol’s early screenprinted paintings, which may in turn inform those who come to see Byington’s small collage at the AIC. After the spring semester draws to a close, the Print and Drawing Study room becomes quieter and is more accessible for appointments. We would be delighted to show visitors our small but potent Byington collage, which must be seen to be fully appreciated.

Mark Pascale is the Associate Curator of Prints and Drawings at the Art Institute of Chicago. 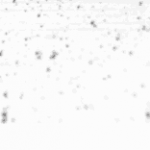 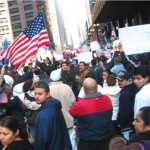