A critique of the BFA Hotspot Preview prompts calls for change

As students at SAIC we learn that critique can be used to strengthen and hone our art-making practice. We subject our work to the challenge and scrutiny of fellow artists because we desire to make improvements based upon constructive criticism that no other process can offer.

Is it any surprise, then, that graduating seniors, disappointed by low attendance and shortened exhibition hours, turned that same power of critique on Hotspot, the BFA Show preview event?

“From what I heard and read it was going to be such a big deal, when in fact only a few people showed up,” confided graduating artist Monika Filipiak-Peszek, whose sentiment was widely expressed among BFA exhibitors. “It did feel rather sluggish,” said printmaker Michael Argyelan. “I was surprised at how vacant it was.”

Artist Ben Cowan admitted, “The Friday night opening was overly stressful for the actual outcome of the evening.”

A vocal participant in the post-event critique, graduating painter Rich Greene “could not believe the lack of interest that our opening had,” and cast about for reasons. “Is it because we were charging for the tickets or is it because we didn’t solicit the right people? We have all just spent a fortune on this education; one that we are told will open doors…. Well, the doors were open but where were the people?”

In an e-mail communication addressing the concerns of SAIC graduates, Trevor Martin, SAIC Director of Exhibitions, explained that the preview event for the Undergraduate Exhibition is hosted by the School’s Auxiliary Board. “This group of individuals works to help promote the School on various levels both in terms of fundraising and public awareness.”

“This year,” said Martin, “faced with their own staffing and resource challenges…the Auxiliary Board elected to try and recapture the initial spirit of the preview event by completely supporting the cost of the event through their philanthropic commitment and [by] inviting, free of charge, a select group of gallerists, collectors and curators to become acquainted in a more direct fashion with the works of the graduating class.”

Despite the low turnout, the gallery owners interviewed by F Newsmagazine at the event unanimously praised the excellent presentations by the exhibiting artists.

Martin likewise affirmed “the professional manner in which the works were displayed,” but Martin conceded to the more critical interpretation of the event’s outcome when he stated, “The spirit of the evening lacked the luster and excitement that a larger crowd would create…. This was a transitional year for this event,” he stressed, “and many agree that it was not the success that we had all hoped for.”

The intention of those who planned the event had been, according to Martin, “to create a relaxed atmosphere in which the invited guests could more intimately explore the work and meet the artists one-on-one.” Although graduating painter Monika Filipiak-Peszek agreed with the thinking behind that decision, she saw the abbreviated duration of the event as a major impediment to creating a relaxed environment.

“I don’t blame anybody for not coming,” said Peszek. “The whole purpose of the event was to introduce people to the work of our graduating artists…but how can you do that in one and one half hours, when there are three floors to go through and around 300 artists showing their work? That is not even enough time to really see everything, let alone talk to anybody.”

As one of the few students who were glad for the lighter turnout, Christina Sucgang said she “it didn’t feel as overwhelming as the public opening on Saturday, which felt like a giant fair.”

Greene related the frustration he experienced when, at 8 p.m., while talking to a potential buyer, security asked everyone to leave. “I was like, ‘Hey, I am in the middle of trying to make a sale.’” In light of the night’s other disappointments, Greene was dismayed with what he felt was the insensitive handling of his request for a few more minutes with gallery owners.

“Gallerists mentioned not seeing everything by the time they were instructed to leave the third floor,” graduating sculptor Helga Dangel stated. “After all the work artists invest in this exhibition, I think it would be fair to open the galleries for three hours on Friday for faculty and gallery owners.”

Graduating printmaker Michael Argyelan had a client come all the way from L.A. to see his work Friday but, “Due in part to traffic and the limited exhibition time, the client arrived at the last moment and was turned away at the door.”

“This year’s transitional structure just didn’t work,” conceded Martin. “We are in conversation with the Deans and the Development Office about how to improve on this event so that it might be of greater service to the participating students.”

Sensing widespread disappointment regarding the Hotspot event, Greene sent an open e-mail to SAIC students, in which he called for a greater student dialog in order to offer a better event to upcoming graduates.

Among the replies was one especially innovative and helpful resolution—the suggested creation of a student advisory committee for the BFA Show. Forming such a conduit for communication of student needs might offset confusion in future BFA Shows.

With changes being planned for next year’s event, a student advisory committee would be especially helpful in keeping student needs in focus.
“Gallery 2 and Project Space will relocate to the second floor in the fall of 2006,” Martin explained. “With a reduction in the space that SAIC occupies in the building, two exhibitions are needed to accommodate all the students who wish to participate in the show.”

Outlining plans for the new timing of the shows, Martin said that one will open at the end of February and a second show will open at the end of March.
Some of the students polled by F Newsmagazine seemed favorably disposed towards the idea of two shows. It struck them as a wise solution in light of the staggered way that SAIC students often graduate throughout the academic year
Martin explained, “Two exhibitions will allow more adequate access to media center equipment to support individual projects and more flexibility for faculty to view the exhibitions and critique the art of students with whom they have worked.”

When questioned further regarding the SAIC administration’s recognition of student concerns, Martin stated, “As conversations continue, we will know more about the potential structure for future preview events, such as duration, et cetera. Of course, we work with numerous departments in planning these activities and, as conversations progress over the next several months, we will be able to speak more concretely about future plans.”

Martin expressed gratitude for the devotion and hard work of SAIC’s Auxiliary Board. “We continue to appreciate the efforts of the Auxiliary Board and their many contributions in supporting the students of the School. However, it is always useful to look carefully at any such situation and take these lessons so as to improve the experience for everyone in the future.” 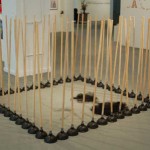 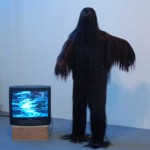