Running all over town for five-part show

To see all of the work in The Happiness I Seek, viewers must go on a scavenger hunt to five galleries throughout greater Chicago. It is a fun but time-consuming idea. I set out on the first weekend of March with the ambitious goal of making it to four of the five openings.

On Thursday, I saw New York artist Andrea Cohen’s mixed media sculptural installation at Three Walls. She uses materials such as Styrofoam, wood, pipe cleaners, and hot-pink Mylar to create a meandering object made of many little objects. The installations I have seen were slight variations of the Styrofoam-and-wood-precariously-stacked-on-top-of-one-another theme. I was hoping for something different. Call me old-fashioned, but I like work that feels like it challenged the artist.

On Friday, I set out to tackle three openings. First, I visited the Cultural Center to see SAIC alum Ryan Swanson’s untitled sculptural installation. As usual when I visit the Cultural Center, none of the staff knew where the piece was located (I finally found it on the fourth floor in the north stairwell). Swanson’s sculpture comprises abstract stair forms made of small black tiles. The piece appropriately sits on a tiled floor in the stairwell. Like much of Swanson’s other work, the piece is inspired by and converses with its environment.

My next stop was Gallery 40000 to see work by Mike Andrews, an instructor in the Fiber and Material Studies Department at SAIC. A web of black yarn framed the interior of the gallery space. The web had to be negotiated through to get a drink, take a seat, or shimmy through the huge opening-night crowd. Before long, you could see people everywhere carrying on conversations while standing in a tangled mess of string. The web had done its job so well that it consumed sculptures—also made of yarn—sitting inside of it.

After a few drinks at 40000, I intended to head over to Fraction Space, but instead found myself sitting at a taqueria, one show short of my goal. My advice to the curators: if you’d like us to make three openings in one night, then you should have some cheese and crackers on hand, but overall, these shows are worth trekking around the city for. All this work in one place would be overwhelming. I also like that this show democratizes the Chicago art scene to some extent, by programming shows at spaces with different crowds and degrees of establishment.
Luckily, they all run through April 8, so you don’t have to try and cram them into a single weekend like I did.

The Happiness I Seek is curated by Jeff Ward and Shannon Stratton of Three Walls. Information is available at www.three-walls.org.

Uncategorized The art I seek, and have trouble finding 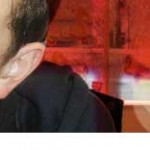 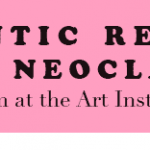