Pundits Plot to Destroy The Spirit of the Season.

Pundits Plot to Destroy The Spirit of the Season

It’s February now, and many of us are wondering, what ever happened to Christmas? Wasn’t there supposed to be a holiday for that? Since before Thanksgiving, sound systems in stores and dentist’s offices have ignored the six-week-long secular celebration of the birth of the Baby Jesus. Trees lining major streets have gone without the traditional Christmas lights, office lobbies have kept their usual corporate lobby art instead of installing Christmas trees, red ribbons and wreaths. Even Santa, the former symbol of Christmas cheer and gift-giving, was long ago run out of town. Or at least that’s what a small group of conservative news anchors, TV evangelists and talking-points columnists would have you think.

For the past five years, Fox News personality Bill O’Reilly has been at the forefront of the War On Christmas, but this past year he was joined by his colleague John Gibson, anchor of Fox News’s The Big Story With John Gibson. Gibson pulled together a few isolated incidents—where school boards or city officials have tried to make the festive winter holiday slightly more inclusive—in order to construct a shambles of a book called The War on Christmas: How the Liberal Plot to Ban the Sacred Christian Holiday Is Worse Than You Thought (Sentinel Press, 2005).

The War is a fictitious, one-sided conflict in which “a cabal of secularists, so-called humanists, trial lawyers, cultural relativists, and liberal, guilt-wracked Christians—not just Jewish people” force their anti-Christian will upon the “96 percent of Americans [who, according to a Fox News poll,] celebrate Christmas” (from the introduction). The book seems to have been rushed to the press, and is filled with poor writing and bad grammar. Here are a few samples:

“Harben took the ACLU’s position, doubtless defensively, and concerned about the tidal wave of legal filings that would surely wash over him from the local offices of the ACLU.”—p. 13
“Mustang, Oklahoma, is as red state as they come.”—p. 21
“The schools no longer represent the kinds of values or even mention who they are.”—p. 34
“Turning away from Kansas and toward Texas, where the toll in the skirmishing along the front lines of the war on Christmas claimed as victims the colors red and green.”—p. 55
“I remembered that there was problem in Tulsa a while back,’ he said, describing a flash of memory at the depths of his despair.”—p. 57
“A mill town bustled and roared; a university town is quiet and leafy.”—p. 77
“In Eugene the logging culture, the sawmill-on-every-corner era, the traffic dominated by big trucks hauling big trees—it was gone, and the attitude, barely concealed below the surface, was good riddance.”—p. 80

Gibson’s book is filled with self-contradiction. Describing an incident reported by some schoolchildren, in which Santa visited their class and told them about Jesus, he writes, “When one or two youngsters would tentatively offer that Christmas was connected to the birth of Jesus (often the children were not absolutely certain), Santa ‘concurred’” (p. 41). Two pages later, the children are brimming with Jesus facts, when Gibson quotes the school superintendent saying, “‘At every elementary school, at least one, and oftentimes quite a number more, would pop up and say, “Because it’s Jesus’s birthday.” And then he would go on from that.”

The War on Christmas alternates between claims that Christians are being discriminated against by having symbols of their holiday removed from public places, and the idea that Christmas is a secular tradition. On page 20 he emotes, “Are [pseudo-Christians] easily persuaded to push the society ever more secular, to push out of the public eye the few remaining (and tenuous) symbols of a Christian holiday? Will they go along with the tiny minority of Jews, Muslims, atheists, agnostics, and religion-free secularists to suppress the religion of the supermajority?” Arguing from another angle, on page 91, he writes, “Even the anti-Christmas forces readily admit it. Albert J. Menendez, who has written several books arguing against Christian influence in the schools, has also written extensively on the use of trees as symbols that predate Christianity by thousands of years.”

For most of the book, Gibson takes minor incidents and exaggerates them. He mocks officials in the middle of a quote and generally presents an un-journalistic, sneering attack on those involved, making it difficult to evaluate the merits of his arguments.

Gibson is not alone on his side of the War on Christmas. At the back of his book, he includes a list of what he calls “the guys wearing the white hats,” prominent Christian lawyers “who have forsaken lucrative practices to fight for religious rights.” But the loudest voices in the War to Politicize Christmas are on television and radio. What follows is a selection from these sources.

You have a predominantly Christian nation. You have a federal holiday based on the philosopher Jesus. And you don’t wanna hear about it? Come on, [caller], if you are really offended, you gotta go to Israel then. I mean, because we live in a country founded on Judeo (and that’s your guys’) Christian (that’s my guys’) philosophy. But overwhelmingly, America is Christian. And the holiday is a federal holiday honoring the philosopher Jesus. So, you don’t wanna hear about it? Impossible. And that is an affront to the majority. You know, the majority can be insulted, too. And that’s what this anti-Christmas thing is all about.
—Bill O’Reilly, The Radio Factor with Bill O’Reilly, December 3 2004.

To the P.C. Elites: The founding fathers guaranteed Freedom OF Religion, not Freedom FROM Religion. Please go away, you are making my hair hurt.
—Kevin Dowd, Maureen Dowd’s brother and guest columnist, The New York Times, December 24, 2005.

I am not going to let oppressive, totalitarian, anti-Christian forces in this country diminish and denigrate the holiday and the celebration. I am not going to let it happen. I’m gonna use all the power that I have on radio and television to bring horror into the world of people who are trying to do that.
—Bill O’Reilly, The Radio Factor with Bill O’Reilly, December 2, 2005.

Bob Knight: Maria Trapp wrote the story of the Trapp singers that’s in The Sound of Music, and she said she sent her kids to school after the Nazis took over. And they came home and said, “Mama, we can’t say the word Christmas anymore. It’s now winter holiday.” I think that ought to disturb people— Sam Seder: Kyra, that’s offensive.
Knight: —that we’re moving toward that kind of attitude in this country.
Seder: The Puritans also outlawed Christmas. The founding fathers of this country would fine you in Massachusetts if you celebrated Christmas in the beginning. So don’t talk about Nazis, Bob. I think that’s really inappropriate.
—Sam Seder of The Majority Report and Bob Knight of the Culture and Family Institute (a.k.a. Concerned Women for America), CNN, December 12, 2005.

I mean, the last time I checked, Jesus was for tolerance. And to have—Bill O’Reilly has made this a huge issue. He’s obviously getting a lot of feedback. John Gibson has a book about it, another Fox News anchor. I think this is largely a fundraiser for Jerry Falwell to pick up on some run-amok PC. I think to talk about the corporations, as Bill O’Reilly has been doing, and what they do—I mean, he’s certainly within his rights. But I think, what are they saying? Boycott the corporations that have holiday wishes? What is the point of that?
—weekly panelist, professor and LA Times columnist Jane Hall Fox News Watch, December 2, 2005.

I am happy to announce today that we are winning the Christmas war. … Imagine God raising up an army of attorneys, far more than the ACLU has, to stand up for religious freedom in America. … We have declared war on the left, and we’re going to sue the hide off of everybody, everybody, who tries to inhibit the liberties of our children and our families from worshipping and honoring the Lord.
—Moral Majority founder Reverend Jerry Falwell, in a televised sermon, December 19, 2005.

And if people don’t like America and the traditions that made America great, let them go to Saudi Arabia, let them go to Pakistan. Yeah, they can go to the Sudan and find a wonderful Muslim holiday.
—Christian Coalition of America founder Reverend Pat Robertson, The 700 Club, December 23, 2005.

Hey, look, we shouldn’t expect store clerks who are about the bottom line to wish whoever or whatever a “Merry Christmas,” a “Happy Ramadan,” a “Happy Hanukkah.” They’re there to make money, and the fact that they’ve cashed in on Christmas, which is about not the bottom line but the savior of the world. Not about lights on the tree, but the light of the world. And not about Xboxes, but about our sin boxes, if you will. Let them do what they do. But the people who actually revere the person who is supposed to be the reason for the season have a special way of worshipping and adoring him that have nothing to do with the crass commercialism.
— columnist and Fox News host Cal Thomas, Your World with Neil Cavuto, December 13, 2005. 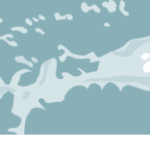 The State for Staged Photography 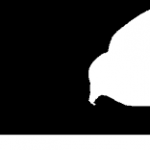 Give me one good reason why I shouldn’t eat...