In early November, several institutions including the Art Institute of Chicago, the Los Angeles County Museum of Art, the Metropolitan Museum of Art, and the Museum of Modern Art unloaded a number of major artworks at Christie’s and Sotheby’s auction blocks, to the indignation of art historians and critics. Works collecting dust in storage—paintings by venerated artists such as Picasso, Chagall, Modigliani, and Renoir—were sold to other institutions and some private collectors in record amounts and for record sums to pay for new acquisitions.

“It’s only healthy,” John Elderfield, MOMA’s chief curator of painting and sculpture, told the New York Times. Other directors cited limited exhibition space and redundancies within their collection in the decision to sell. Critics, on the other hand, claim the auctions were the result of market trends and only amounted to short-term financial gains.

“History will make a fool of these museums,” said Robert Rosenblum, an art historian and a curator at the Solomon R Guggenheim Museum, in the same New York Times article. “It always happens. Often the things that are sold are based on inherited prejudices that will be overturned in the future.”
“If museums want to divest themselves of works of art, they will,” wrote Chicago Tribune critic Alan G. Artner. A total of $130.1 million of art was auctioned off at Sotheby’s on November 3, including two works in the Art Institute’s collection: Marc Chagall’s “The Juggler” (1943) and Pierre Auguste Renoir’s “Portrait of Jeanne Sisley” (1875). Both were sold to private bidders and earned the museum $4.6 million.

“These sales are undertaken with careful scrutiny,” James Cuno, director of the AIC, explained to the New York Times. The night before, $160.9 million of art exchanged hands at Christie’s auction, most notably Henri de Toulouse-Lautrec’s “La Blanchisseuse” (1887), which was a part of the AIC’s Toulouse-Lautrec and Montmarte exhibition. It sold for $22.4 million. 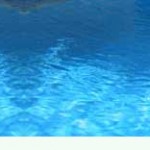 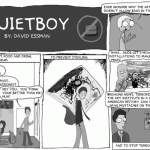