An Edifying Exchange Betwixt a Pair of Duffers of Exceptional Character

People always slow down when they walk past SAIC buildings. They gawk at each outfit. They examine each hairstyle. Then they invariably look upward, for the words on the building to tell them whence came this conspicuous assembly.

Story and illustration by Robyn Coffey

People always slow down when they walk past SAIC buildings. They gawk at each outfit. They examine each hairstyle. Then they invariably look upward, for the words on the building to tell them whence came this conspicuous assembly.

“Why, Livingston, do you know who those people were back there?”
“No, Ruthersby. I rather think they resembled so-called punk musicians, or perhaps those people who sell that newspaper for the homeless.”
“Believe it or not, Livingston, those young people back there are what society calls ‘artists.’”

“Artists, Ruthersby? But I thought they’d all died off years ago!”
“So had I, Livingston, so had I. But did you not notice the ones with colored paint on their trousers? I believe they do this to their clothing to signify that they are painters. And remember those thin, pale ones with dark circles about their eyes, who seemed to be shaking? Those were what they call graphic designers. And, I say, did you see the performance artists?”
“Why, no.”

“No, nor did I. In any case, Livingston, these art schools seem to be popping up all about the country. Frankly, I find it shocking, considering those young people pay, by the estimation of the esteemed author of our conversation, nearly thirty U.S. dollars for each hour of their education.”
“Pardon?!”

“Thirty dollars, Livingston. Each hour. I shudder to think to what degradations they resort to earn that money.”
“Why, don’t they have parents to pay for it?”
“Of course not. Needless to say, no intelligent, self-respecting parent would pay that much money to support a child who has chosen to study art. And, Livingston, you could not possibly imagine the things they teach in those schools.”

“I heard once that artists were known to gather in groups in dark rooms around a nude woman, merely to stare at her.”
“It gets stranger, dear Livingston. As part of the curricula, these art students will put upon the wall their—for lack of a better word—artwork. Then, if you can believe it, Livingston, they stand around and actually pat each other on the back! I believe they call this behavior ‘critique.’ And when they’re not holding quaint little gatherings for their families and close friends called ‘openings,’ they meet one another in filthy bars of ill repute and discuss for hours how to bring down cities and put the nation under their control through the power of their creative medium.”

“And do they act on their plans, Ruthersby?”
“Hah! Don’t be silly. But need I remind you of Hitler’s enrollment at a Munich art school? These artists shouldn’t be underestimated. Anyway, Livingston, many of them believe that someday, upstanding citizens such as you or I will actually purchase their artwork for our walls, and thereby contribute to their well-deserved rise to glory in the hearts and minds of other college art students for years to come. Yes, I know it’s preposterous, but nevertheless, you saw them back there yourself, glowing with hope like the ends of their filthy cigarettes.”

“But Ruthersby, don’t any of them make it big?”
“That’s the thing, Livingston. No one knows. It’s the strangest part of all. As soon as those young people graduate from art school, they just seem to disappear. Perhaps they grow ashamed of their youthful folly and go into hiding in the service industry. Perhaps the competition is so fierce they begin to kill each other off. More likely, they starve to death. In any case, those expensively groomed young people are rarely to be found in the—what do they call that little thing again?—yes, the art world.”
“I feel rather sorry for them, Ruthersby.”

“Don’t be. They got themselves into the mess, Livingston, painted themselves into a corner, so to speak, ha ha! Pay them no mind. After all, they could have it worse. They could be critics or historians. Or art school professors! Speaking of degrading! Come, Livingston, lunch is over. Time to get back to pushing our pens at the office. 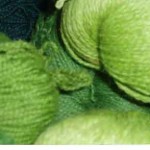