A year in the making, the school’s new logo emerges

In the interest of creating a strong identity for the public and presenting the school’s many events in a single package, the school now has a new logo.

“We are moving towards increased visibility,” says Vice President for Enrollment and Marketing Jonathan Lindsay. In the interest of creating a strong identity for the public and presenting the school’s many events in a single package, the school now has a new logo.

The School of the Art Institute of Chicago’s old logo, essentially just the name, was found throughout the school in different colors and styles, giving the impression of a disjunct and scattered organization. While it is true that the school often embodies contradictory modes of thought and discipline, the purpose of a unified image via a logo, according to Lindsay, was “to present to various publics the essential elements of the school” and to create “a persuasive message.”

The process began in the fall of 2004. Lindsay says, “Our first inclination was to jazz it up.” Maryland-based North Charles Street Design Organization (according to their website, “Helping the world’s best and most interesting educational institutions realize their potential for cult status”) met with a committee made up of staff, faculty and student focus groups to design a logo that expressed how the school sees itself. After seeing NCSDO’s proposed design, the committee decided to pursue a different route.

Next, the committee went to TimeZoneOne, a New Zealand-based company with offices in Hong Kong, London and Chicago. According to their website, they offer “high quality brand collateral at twice the speed and half the cost.” The site describes their creative process: “Our ThinkingHands(TM) work with each other to integrate the OneVoice(TM) of your brand… The end result is BrandStanding(TM).”

TimeZoneOne provided the school with a selection of logos that represented the new direction, as well as supported the message of excellence in art education that the school aims to communicate. The end result is the logo you see here. At the time this issue went to press, the total cost of the logo was unavailable.

The school is implementing the logo through a “soft roll-out,” gradually introducing it on print releases like the spring course schedules, school brochures and gallery postcards. Consequently, many are unaware of the new logo. F News asked some students what they thought:
“It’s nice, but it’s too bad if they spent a lot of money on it.” – Soren W.
“It is pretty boring, but I think this minimalist, modern design is pretty trendy right now.” – Allison T.
“It’s so… regular, it makes me furious.” – Catiah L.
“Mmm, I think it’s simple. Nice. It’s much more contemporary than the old one.” – Marco K.
“I wish it were more artsy. It’s more like a law school logo.” – Sonali B.

Uncategorized A year in the making, the school’s new logo emerges
« Previous Story 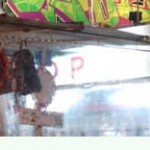 Your English degree may mean nothing here, but you... 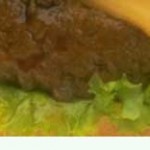