The following is an account of a conversation with Carly Rachal, an SAIC student who has been personally affected by Hurricane Katrina. Rachal is a sophomore with a concentration in photography, and is a native of New Orleans.

The following is an account of a conversation with Carly Rachal, an SAIC student who has been personally affected by Hurricane Katrina. Rachal is a sophomore with a concentration in photography, and is a native of New Orleans.

Tapping the last of her charred and deadened cigarette, Carly, in one great exhalation, recalled a town she once knew, vivacious and bursting from an underbelly of southern pride and tradition—of drunken escapades, fights, festivals, street performers, and above all, jazz. With a sinister smile she admitted, “I loved my poor decrepit city.”

New Orleans is but a shell of its former greatness. In the wake of Katrina, nearly 80 percent of the city is facing massive flood damage and current water conditions have become an environmental nightmare. The EPA found water samples that contain 56 times the normal amount of lead, and 19 times the acceptable amount of bacteria. Thus, living conditions are anything but sanitary for the few who have opted to stay in town. Carly’s parents found refuge in Houston after waiting out the eye of the storm in their home along the shore of Lake Pontchartrain — an area where one third of the houses have been destroyed. All that remains of Carly’s childhood home is a pile of undecipherable debris and a cement foundation. “My whole life’s been washed away,” Carly stated sullenly.

Fortunately, her close family and friends survived the storm, but evacuating was an unbearable struggle. Her parents were stranded at home through the first two days—the worst days—of the storm and were only able to leave via car after floodwaters subsided. One of Carly’s close friends nicknamed “Tubbs” fought her way through rising flood waters until Friday, when she was rescued by the National Guard and taken by helicopter to “safety” otherwise known as a highway overpass to the north. Held captive with thousands of people camped side by side, with no trash cans and limited toilets, she made the best of the situation by moving to a medical tent she had heard was cleaner. On Saturday buses became available but were limited. In rushing to board, stampedes of people erupted and several were killed.. Eventually, Tubbs boarded a bus heading toward Lafayette, where her aunt waited.

Perhaps unbelievably, Carly’s parents and her friend were the lucky ones. Over 100,000 were unable to evacuate due to funds or transportation and they received little or no help. Commenting on the series of measures taken, or not taken as the case may be, Carly railed against the government’s response to Katrina, “The state wasn’t prepared, the city wasn’t prepared, and the federal government, who has the money to be prepared, wasn’t prepared.”
The Federal Emergency Management Agency (FEMA), initiated under President Carter in 1979, is responsible for responding to U.S. disasters. It functioned as an independent agency up until 2003, when it joined 22 other programs to become The Department of Homeland Security (DHS), under the Bush administration’s campaign against terrorism.

James L. Witt was nominated by President Clinton in 1993 to direct the agency, and has been the only director with state emergency management experience to head and reform FEMA. But since the position has been taken over by Republican figures like Michael Brown (Bush’s former chief of staff in Texas and a former official for the International Arabian Horse Association), the reforms Witt instated to streamline local- and state-level response systems have been dismantled. FEMA’s reorganization has actually weakened it tremendously.

Although the city of New Orleans had received a grand total of $18 million to aide in re-engineering levees, upgrading power and water supplies, staging exercises, and training emergency personnel over the last three years, this simply wasn’t enough to re-structure a city constructed on swampland.
Louisiana and parts of Mississippi are facing a mass exodus unparalleled in modern times. 400,000 to upwards of one million residents have been displaced as a result of Katrina and have been seeking shelter in surrounding states. Utah has accepted 583 disoriented travelers in Salt Lake City. Shelters have been set up all over the southwest including Oklahoma, Colorado, and Arkansas. Texas alone has taken at least 240,000 evacuees.

Students in particular have been greatly affected. The American Council on Education estimates that 75,000 to 100,000 college students in the New Orleans area have been affected by the storm, and close to three dozen universities in the region have been seriously damaged. As a result many Chicago area colleges are opening their doors to new students. SAIC is one such college, but in addition to allowing immediate transfers they are waiving tuition costs for all students who have been affected by the storm—including returning students such as Carly, who gratefully stated, “Our school is doing a lot to help and it’s really appreciated.”

Of course, the question now is what lies ahead for NOLA. Will the south rise again? The city is already beginning construction, but there is a long road ahead. On September 8th, President Bush issued a proclamation suspending the Davis-Bacon Act, which ensures contractors and labor workers a set salary for federally financed projects. The suspension applies to Louisiana, Mississippi, Alabama, and Florida. Now, is this the kind of incentive a worker needs, who himself has probably lost everything he ever knew and owned? FEMA, the very agency that failed to provide adequate evacuation assistance, that delivered only a fraction of the 500 vehicles needed to rescue those who were trapped inside the Superdome and Convention Center—this is the organization that is now in charge of the largest government housing project in the nation’s history. In considering this fact Carly stated proudly, “Of course New Orleans will be re-built. It’s still our land. Why don’t they tell my five-year-old nephew that they’re not going to re-build his home? He would never stand for that, and neither would I.” 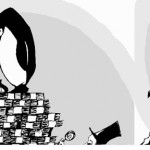 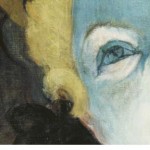