How have artists been represented in mainstream movies?

How have artists been represented in mainstream movies?

Did your parents cringe when you told them you wanted to attend art school? If the stereotype holds true, then being an artist means being counterculture, wearing your anguish like bad makeup, and donning your inner demons like a ripped t-shirt. This grossly inaccurate or perfectly pin-pointed conception (depending on whom you talk to) of artists has been dictated to us through movies since we were born. The more recent theatrical potshot is the ill-adjusted brother in Wedding Crashers who paints homoerotic nudes, tries to rape Vince Vaughn and, incidentally, was accepted by RISD. What do you think about how artists have been represented in mainstream movies? Why do you think they are represented this way? How would you do it if it were your movie?

I think, like any stereotype, there is a grain of truth surrounded by the fluff of misconception. I know I have met people who seem to fit with this stereotype — I have met many others who do not. The thing you have to remember is that mainstream media is written and produced by a small minority of individuals, and diverse opinions and lifestyles are rarely accurately represented, if represented at all. Just like not all gay men are Jack from Will and Grace, not all artists fit into the mold of self-involved, sexually ambiguous hipster. It’s important to have a sense of humor about ourselves, but we also don’t have to accept the simplistic, stereotyped representations fed to us by mainstream media.
—Maria Lewis,
Graduate Art Therapy

I would have to say that at every art school there are a significant number of people who visually fit the bill presented by Wedding Crashers. There are any number of ubiquitous affectations that many art school students take on in order to immediately, and perhaps subconsciously, self-identify themselves as arty.

As a case study, it is always interesting to watch incoming freshmen transform into “art students” over the first few weeks of any school year with their quick adoption of one or more of the following: brightly-colored hair, torn or tattered clothing, tattoos, odd piercings, etc. These affectations are quickly picked up as the reins of parental control loosen from the student’s no longer living at home. Perhaps it is a rite of passage into being accepted into the artist’s community that forces many students to feel compelled to take on the trappings of the modern artiste, and be accepted into the group.
Just as often, however, there are many students who appear perfectly within the bounds of normalcy. Ironically, many of these normal-appearing art school students are identified by their non-art school peers as their “arty friend.” These students, it would seem, stand out not only in art school, because they don’t dress to the arty standard, but they are also recognized as not being “normal” by the denizens of the regular world.

I guess it just goes to show that such considerations as “normal” or “arty” are relative to the eye of the beholder.
—George Sartiano,
Graduate Art History

Sadly, I view most artists as slightly less extreme versions of the brother in Wedding Crashers. Perhaps if you crossed him with the tampon-in-a-teacup girl from Terry Zwigoff’s Ghost World, it would represent at least 80 percent of the students I know.
— Jake Vander Ark

If you truly need to see the cross-section of the student body, just step outside for a smoke. There are versions 1.0, 2.0, 3.0, and 4.0 of every make and model. Version 1.0 is a young student, disillusioned by high school and being the “freak” of their local campus, yet coming to SAIC to find that they are a dime a dozen. Version 2.0 is the I’m-an-artist-but-I-don’t-want-to-get-dirty, trust-fund baby, who always wears their best Gucci and sports the finest in Vuitton. 3.0 is the oh-my-god-I’m-broke, I-can’t-clean-my-clothes-let-alone-feed-myself student. Version 4.0 is the most aspired. They live, eat, and poop art. They are art—they are what true human expression was meant to be: flesh and blood.

I think at one time or another all versions have been “stereotyped” by the masses. But the old adage still rings true: all stereotypes are based on some truth. The truth is that artists as a community are just as stereotyping of popular culture, as they are to us. We jest of these “sheeple,” as I have heard bandied about here and there, just because they voted for GW and genuinely enjoy the Blue Collar Comedy Tour. Yet, these people, not artists, are the ones who pave our streets and keep the general society that we fight against running. Without them there would be no dissent. Could you imagine a Mad Max-like world with no one to rebel against? What would be the fun in that?
So my point is, let them have the movie version of us. Isn’t it better to be pigeon-holed as a freak, elitist debutante, starving artist, or performance punk rather than be another stranger in the sea of faces?
—Anonymous

We rarely see artists as the focus in mainstream films. They will appear in the boundaries, typically, not as a protagonist. Artists, like any other “eccentrics,” are considered risky subjects by Hollywood standards and are marginalized as a result; to sympathize with them is to do something potentially alienating to a mainstream audience (and is in danger of being considered self-indulgent). To portray artists as dismissible, over-dramatic twits (like Keir O’Donnell in Wedding Crashers, and to a lesser extent Julianne Moore in The Big Lebowski) is—as Hollywood so often takes—the easy way out, and good for a cheap laugh from most viewers who can all then say, “Hey, I know someone like that” (at least … they think they do).

Kudos to Miranda July for depicting not only an artist but a performance artist (considered by most stereotypes the most extreme in their unrecognizability and eccentricity, thanks to trash-bin movies like She’s All That) as a very real, very human character in Me and You and Everyone We Know, whose personal struggles exist beyond the too-familiar crisis of identity, craft, and politics movies usually immerse artists in.
—Scott Barsotti,
Graduate Writing Program

Though I have nothing against homoerotic nudes, raping Vince Vaughn, and being accepted to RISD, the mainstream depiction of artists in the 21st century is totally wrong. We are completely boring.
—Jovencio de la Paz,
Undergraduate Fibers Department

I have always resented the way visual artist are represented in film, but I don’t blame the directors. The problem is the writers. Why they insist on portraying us as effeminate bums is beyond me. What have we ever done to them? Heck, I pity them. After all, they can’t help being a bunch of drunken pedophiles.
—Fredrick Holland
Assistant Adjunct Professor
First Year Program

Having recently seen Wedding Crashers and having encountered this stereotype all my life, I felt justified in giving my two cents. To me, the depiction of the artist in Wedding Crashers was a wonderfully lucid example of believing just what one wants to believe—a tendency that may reflect a deeper correspondence in the audience, as manifest in my enjoyment. But our collective consciousness is being conditioned, explicitly, to the easy identification and categorization that this movie is spoken in. In the vestigial high school worldview—the plateau from which our authoritative makers survey—the very same iconographic person/image that they have spewed onto us via MTV is being demeaned and dehumanized, and along with it, anyone who might have been dumb enough to buy the CD that they spent millions advertising. If anything, I felt deeply humiliated for those kids who adopted the force-fed difference that was most easily marketable to them. But most I hope all those kids find peace with themselves before they externalize the humiliation they experienced onto the next generation for being so foolish.
—Zach Parsons,
Undergraduate
Painting and Drawing 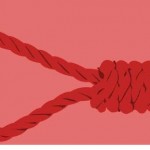 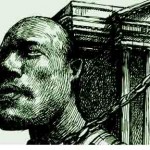