A benefit auction to raise money for artist Steve Kurtz and scientist Robert Ferrell’s defense fund was held on April 17 at Paula Cooper Gallery in New York City. SAIC Professor in Visual and Critical Studies Joseph Grigley, along with contemporary art heavyweights such as Hans Haacke, Sol LeWitt, Cindy Sherman, Richard Serra, Kiki Smith and many others donated their work, and more than $167,700 was raised. Kurtz and Ferrell are being charged with mail and wire fraud, and most likely bio-terrorism charges, as well. If convicted, they could spend up to 20 years in jail. Another auction will be held at De Appel, contemporary art institute in Amsterdam. For background and an interview with Steve Kurtz from Sept 2004 click here. 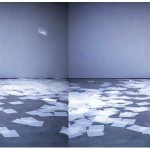 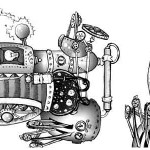 Tech Talk: The Future of Video?