When Robert Rodriguez made El Mariachi in 1992, he accomplished what seemed to be a miraculous feat of determination and perseverance. With no formal training to speak of and a bare-bones crew, he was able to pull together an entertaining feature-length film for a total cost of $7,000. To save on money, El Mariachi was shot on 16mm and Rodriguez sold his body for medical experimentation. Following the success of El Mariachi , Rodriguez went on to direct a number of big Hollywood films including the sequels Desperado and Once Upon a Time in Mexico, as well as the
Spy Kids films. What is peculiar about his career, however, is that for many of his films, Rodriguez continues to write, direct, shoot, edit, and score the projects he works on. Indeed, over the years, Rodriguez has become synonymous with this one-man-band style of filmmaking, for although he has the means to hire others, he chooses to maintain complete control over all aspects of the creative process. Sin City is no exception to this rule, although Rodriguez boldly defied the Directors Guild to allow Frank Miller, creator of the original graphic novels upon which Sin City was based, to co-direct it with him.

There are three main story lines to Sin City . In one, Marv (Mickey Rourke), a man of massive proportions with a face that looks like it’s been on the wrong side of a baseball bat one too many times, makes his way through the city. Marv is on a mission to kill and torture the people who were responsible for murdering a prostitute he loved named “Goldie.” In the second story line, Hartigan (Bruce Willis) is a good cop with a heart condition who does everything he can to save a little girl from being raped by the son of a powerful politician. Finally, there’s Dwight (Clive Owen), who gets involved with the deadly prostitutes of “old town. Mickey Rourke delivers an admirable performance as Marv, the near super-human brute who has a taste for torture and revenge. However, none of the other actors really deliver. Particularly disappointing is Clive Owen, who was sorely miscast and feels entirely wrong with his fake American accent and action-figure gestures. The plot has the overall feeling of being forced and Dwight’s story is underdeveloped, despite a scene that is guest-directed by Quentin Tarantino.

Another serious problem with Sin City is that the female characters are all either prostitutes or lesbians that prance around the city wearing next to nothing. One gets the feeling that both Miller and Rodriguez come from a school of thought that actually believes that you can get away with this kind of exploitive misrepresentation of women as long as you make the female characters violent. This raises another issue that I have with the film, and that is its adolescent obsession with violence and castration. Tarantino can get away with ultra-violence in his films, because his scripts are so intelligent that the violence becomes something else: an ironic social commentary. But Rodriguez is no Tarantino and his violence comes across as immature and unexamined. Now, of course, Rodriguez didn’t write the graphic novels, so some of the blame must be laid at the door of Frank Miller, who created this homage to noir in the first place. In fact, if you look into Sin City’s production, you will note that Rodriguez was so faithful to the source material, that he would match his shots to the original compositions in the cells of the graphic novel. But herein lies another seriously problematic aspect of the film. For Rodriguez’s so called “faithful” retelling of the Miller original misses the point that when you cross into another medium, a certain amount of adaptation is necessary in order to remain faithful, assuming that this is your creative choice, to the original. You can’t simply transplant the original comics word for word and frame for frame into a cinematic framework and expect it to be anything like the experience of reading a graphic novel. This fundamental misunderstanding of cinema and the interpretive process of adaptation is the central reason that Sin City doesn’t work.

As an independent filmmaker, I must confess that Robert Rodriguez occupies a special space in my heart. After all, he is living proof that an individual filmmaker can quite literally do it all. But watching Sin City has forced me to reevaluate my understanding of the Rodriguez phenomenon. My admiration for his technical achievements hasn’t in any way been diminished. To achieve the look of the film, Rodriguez shot the entire project on the latest Sony HD cameras and like Kerry Conran’s Sky Captain and the World of Tomorrow , it was all done with green screens. This allowed Rodriguez to achieve perfect lighting on both the backgrounds and the individual characters. As for the splashes of color, two methods were used. First, the movie was shot in color, allowing Rodriguez to selectively keep color in the sections that he wanted even after transferring everything to black and white. Second, Rodriguez used blue paint to selectively map colors on to the movie in post. The results are amazing and the detail and control with which Rodriguez employs these techniques is only possible in a digital environment.

Nevertheless, Rodriguez’s career also proves that one needs to be honest with oneself about one’s weaknesses. Robert Rodriguez is a brilliant technician who has an excellent grasp of how to use new digital technologies in the service of narrative filmmaking. But in the final analysis, Rodriguez is less like George Lucas and more like, say, Douglas Trumbull. He is technically masterful, without really having anything serious to say. Rodriguez would make much better films if he started to understand the concept of creative collaboration and teamed up with a real writer, like his pal Tarantino. At the end of the day, narrative filmmaking is a collaborative art. 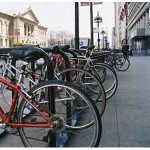 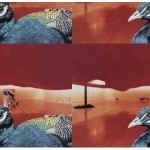