If The Powers Of Christo Compelled Me

With the success and/or undeserved publicity surrounding Jeanne-Claude’s and Christo’s 16-day exhibition of The Gates in New York’s own Central Park, do you ever wonder what kind of life you would lead if you were a bona fide public artist, working outside the gallery circles? 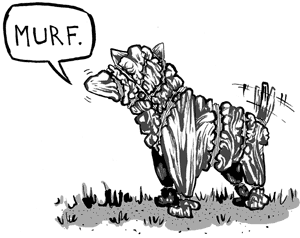 With the success and/or undeserved publicity surrounding Jeanne-Claude’s and Christo’s 16-day exhibition of The Gates in New York’s own Central Park, do you ever wonder what kind of life you would lead if you were a bona fide public artist, working outside the gallery circles?

You would be that rare breed of selfless artist who retires the tired, old galleries in favor of publicly displayed physicality for non-artists and artists alike to enjoy. Oh, the pleasure of working with existing, actual landscapes and sites, you would say. Or, at least, you would say that if you were Christo. Nuts to that primitive notion of fine art being something elite and untouchable. I shall make work in the public sphere work for people to touch, work for people to interact with, work where people can walk under orange gate · thingies.

If I was Christo I’d cover so many things in fabric oh, so many things would I wrap. I wouldn’t be doing epic wraps right away, though. I’d start out by drawing what stuff would look like when it was wrapped, first. Eventually, I’d get the nerve to grab some felt and wrap it around a few things, securing it with string. Small things at first, like cans and bottles. 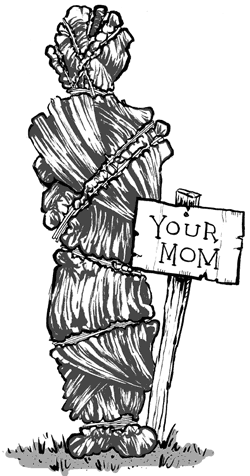 People would ask me why I had wrapped up cans with cloth and tied them with string, and then I imagine I would get self-conscious.
They’re for my lunch, I’d say bashfully, but then I’d grow confident as the weeks went on I’d and begin to wrap larger and larger things. I’d start hanging around wharfs and ports in Germany, asking dockworkers if I could pile many of their barrels on the dock for all to see.
But why? they’d ask.
So as to wrap them completely in cloth and then tie them with string, of course! I’d say with total pragmatism.
Oh, of course! they’d bellow back, and press the palms of their hands against their foreheads for not realizing something so obvious.

Yes, people would take notice of my wrappings and, in time, even encourage it. But when the high of wrapping cups, bottles and barrels would wear off, I’d set my sights to real challenges. I would get cocky and start wrapping up trees. I’d wrap up many trees. I’d aspire to wrap entire buildings! Bring me to Italy where I shall wrap up some water fountains and towers! I’d say.

But then wrapping towers and public fountains just wouldn’t be enough. I’d find myself wrapping three trees and two fountains for the same buzz I used to get off of just one tree and one fountain. I would need to wrap up even larger things, just to feel alive again. I would wrap the Kunsthalle Museum in Bern. I would wrap up the MCA. How much more intense should I get? I’d ask myself. I would wrap up Australian coasts. I would hang a giant, orange curtain in Colorado to fill an enormous geological gap in a valley. Oh, man. That’s so choice, I’d say. I’d go to Miami and put pink skirts on islands! Bridges! Monuments!

And against the advice of all friends and family, I’d start wrapping up villages and cities. Smaller county subdivisions, at first, like the township of Boring, Oregon can you believe it? It’s named Boring, Oregon! I’d totally wrap that beast.

I’d wrap up the entire state of Nebraska for two weeks, completely isolating every individual within from civilization. I’d worry about the imprisonment of an entire state initially, but then find out that neither Nebraskans nor the outside world would notice.

Eventually, I’d be wrapping things outside of physical existence to satiate my habit. No one would forget the three months during which I would wrap Christian love in polypropylene. You haven’t experienced an emotion until you’ve experienced it all wrapped up in polypropylene, man. Trust me. Or the eight days where I would drape frilly, pink cheesecloth over Pavlov’s Conditioned Response theory. Oh, man! What a trip!

Then I would travel to the past to wrap up that entire span of time between the end of the Paleolithic Age and the invention of Post-It Note. I have no idea why.

You know what else I would wrap? I would wrap up that bastard who stole my friend Marco’s winter coat from the Michigan building and toss him into the Chicago River. The guy fucking took someone’s coat in February. Marco had to walk home in a t-shirt while rubbing his hands up and down his arms to stay warm.
Why would somebody do that?

Uncategorized If The Powers Of Christo Compelled Me
« Previous Story 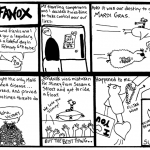