Architect Frank Gehry has been selected to design a performing arts center at Ground Zero in Manhattan as part of the redevelopment of the former site of the World Trade Towers.Gehry has long hesitated in accepting a project for Ground Zero. The international competition has been fraught with difficulties between developers and architects. Gehry told the New York Times, “I have stayed away from Ground Zero. It just felt like, ‘I’m not in New York, it’s so emotional.'” What finally attracted him was the idea of a building for dance and theater, and the challenge of designing a mostly vertical structure with a relatively small footprint.

The 300,000 square foot structure is estimated to cost about $250 million, and will house the Joyce International Center for Dance and a three-theater complex for the Signature Theater Company. Gehry was chosen specifically for the project by the Lower Manhattan Development Corporation, the Department of Cultural Affairs, the New York State Council for the Arts, and the performing arts institutions.

Slated to be completed in 2008, the 16-acre “Freedom Center” at Ground Zero is masterminded by architect Daniel Libeskind, who along with architect David Childs has designed a 1,776-foot tall building to replace the Twin Towers which will become the tallest building in the world. Childs described it to CNN as “simple and pure in its form, a memorable form, that would proclaim the resiliency and the spirit of our democracy.”

The other major cultural building will be a center for human rights and for historical and contemporary drawings, designed by a Norwegian firm, Snohetta, and the site will also include a memorial created by Michael Arad and Peter Walker. It consists of tree-filled garden with two huge, recessed pools that encompass the footprints of the World Trade Center towers. Visitors will walk down ramps along the edges of the pools that are bordered by waterfalls and a continuously inscribed line of the names of each of the 2,752 victims of the attacks.

Norwegian police have several possible leads in the case of the stolen Edvard Munch paintings. Munch’s “The Scream” and “The Madonna” were taken from the Munch Museum in Oslo on August 22 by two unidentified armed men, who simply walked into the gallery, broke the protective glass, wrenched the frames off the wall, and walked out. A police spokesperson compared the crime to robbing a neighborhood newspaper kiosk, and expressed shock at the ease with which it was committed.

Although there were many witnesses to the theft, the criminals have yet to be apprehended. The case is focusing on known robbery circles in Norway and police believe the crime to have been committed by an organized group. Searchers found fragments of the picture frames on the curbside several miles away and have recently discovered the name of the person who picked up the getaway vehicle, an Audi station wagon, which was itself stolen from behind a barn last year.
Alerts were sent immediately to all airports and border crossings, and the paintings are believed to still be in the country. In the weeks following the incident, police waited for a ransom demand from the robbers, as it is believed the paintings are too well known and worth too much money–at least $45 million together–to sell on the black market. There is a fear that at this point they may be irreparably damaged due to the violence with which they were torn from the wall and the fact that they are painted on boards rather than canvas.

The theft calls into question the level of security in Norway’s art museums. Although there were security guards posted in the Munch Museum, their training is poor, there is no alarm system, and the video surveillance equipment is outdated, low quality, and in some instances disconnect completely; neither were the paintings insured against theft. Museum administrators have long held the belief that art should be easily accessible but now must contend with the idea of metal detectors and heavily increased security.

In spite of protests from veterans and the still-tense situation in Iraq, The Andy Warhol Museum in Pittsburgh, Pennsylvania, has launched an exhibition of photographs from the notorious prisoner abuse scandal at Abu Ghraib.

The exhibition titled Inconvenient Evidence is jointly presented with the International Center of Photography in New York. The seventeen photos are the ubiquitous images shown on television news, printed in newspapers, and available for download on the Internet, and speak to the way the public’s perception of a war is increasingly influenced by the media.

Veterans’ advocates, however, complain that amateur snapshots of human rights travesties do not constitute art, and have no place in a gallery. They view it as a double dose of humiliation for the victims: one, to have suffered torture at the hands of their “liberators,” and two, to then have photographs of it showcased before the dispassionate eye of the public. They also fear the negative impact the exhibition will have on the trials of the six soldiers implicated in the scandal.

The Warhol Museum’s director, Tom Sokolowski, reasons that there is already a long history of war examined through art. He told the Associated Press that “all news and all art is made about things that are extraordinary, aberrations, whether they are positive or negative.” 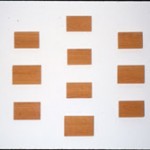 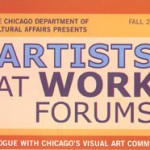