Gearing Up for Art Chicago and The Stray Show

Gearing Up for Art Chicago and The Stray Show 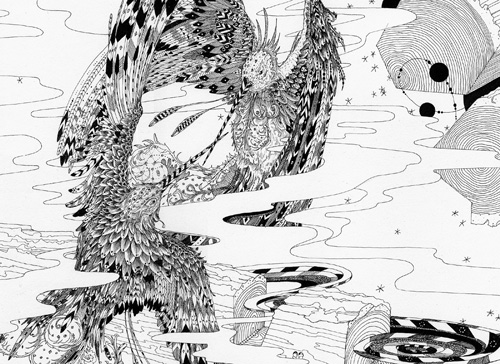 It’s worth the ten dollar student ticket to visit this spring’s Art Chicago 2004, but don’t be surprised if you leave Navy Pier more crazed than amazed by the spectacle. Art Chicago proclaims itself to be “a sophisticated, yet casual, setting in which the anticipated 40,000 collectors, museum curators and general public can purchase the work on display, or merely gain a privileged insight into the contemporary art market’s current state by surveying the thousands of works on view.” But because of the projected 200 galleries in attendance and 3,000 artists, whose work will be up on temporary walls in the 90,000 square foot pier for the duration of the three day fair—unless they sell, of course—patrons can’t help but feel overwhelmed.

However, for some collectors the fair seems to function like shopping at Costco, a one stop-shopping establishment where you can find everything you could ever want in bulk and at somewhat competitive prices. And don’t forget the amazing people-watching opportunities, as the art world and suburban population rub shoulders. The vibe of the art fair combines the chaos of the crowds with the growing boredom of the gallerists, most whom sit at their booths for all three days and attend the after-parties for all three nights.

Art Chicago began in 1992, produced by Thomas Blackman Associates (TBA), and was one of the most exhilarating art events in Chicago. Its twelve-year history has produced some interesting developments, including the four-year-old The Stray Show, another TBA event that runs in tandem with Art Chicago. This year’s The Stray Show features about forty emerging galleries, three non-profit organizations, and four publications.

Don’t panic if some popular staples from previous The Stray Show years are missing—they just made a move up to Art Chicago trying to catch wind of the fair’s frenzy. 1R Gallery (Chicago), Bucket Rider Gallery (Chicago) and Foxy Productions (New York) will now be found on the pier. Because it is still cheaper to get a booth at The Stray Show, expect to see a mixture of compelling, sensational, and sloppy displays representing galleries and organizations from the Midwest, New York, and a few other places in the country.

One new face at both The Stray Show and Art Chicago will be ThreeWalls, a one-year-old non-profit artist residency and exhibition space located in the West Loop’s 119 N. Peoria building. As a staff member of ThreeWalls, I can tell you that one of our primary goals for both events is increased visibility. While for-profit galleries will vie for visibility as well, they are also motivated by the sales that make investing in a booth worth the price. ThreeWalls will not actually sell anything, so our motivations are a little different.

Our booth at Art Chicago will be one of the smaller publication stands and will more closely resemble an information center than an art exhibit. At The Stray Show we will have a larger booth where we will feature the work of our three artists-in-residence from 2004-Daniel Barrow (Winnipeg, Manitoba), Luanne Martineau (Victoria, British Columbia) and David Noonan (Sydney, Australia).

For ThreeWalls, both Art Chicago and The Stray Show are excellent opportunities to reach a large audience and to provide people with information on how to become involved in our programming. The Stray Show will also help promote the work of our featured artists-in-residence and our program itself.

As a staff member of an arts organization in Chicago I realize the importance and benefits of involvement in Art Chicago and The Stray Show—fairs that attempt to bring an international community together for a few crazy days. But I hope that the annual frenzy around these shows does not eclipse the day-to-day work of keeping the Chicago art community reputable and autonomous beyond the fairs.For more information about Art Chicago and The Stray Show visit www.artchicago.com 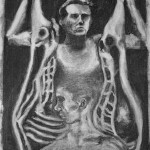 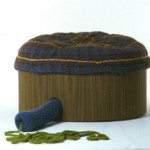