I’m Sure My Professor Can Read

…but sometimes that literacy is called into question. 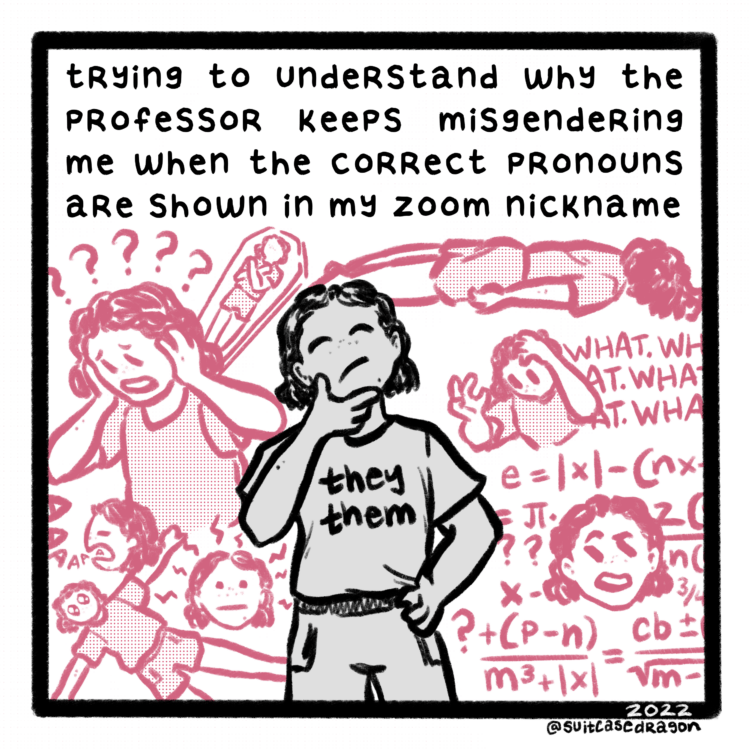 Transcript: Text at the top of the single-panel comic reads “trying to figure out why my professor keeps misgendering me when the correct pronouns are shown in my zoom nickname.” Below the text is a grayscale central figure with chin-length hair, freckles, and a shirt that says “they / them.” They are holding a considering pose with a hand to their chin and closed eyes, face tilted upwards. Around the central figure, smaller reddish versions of the central character convey a range of emotions. These include, clockwise from the lower left: laying on the floor and crying, lightning bolts coming out of their head, yelling “AAAAA,” holding their head in confusion, laying with their arms crossed over their chest in a coffin, collapsed facedown on the ground, gripping their hair and chanting “WHAT. WHAT. WHAT,” and a section in the style of the confused math lady meme.