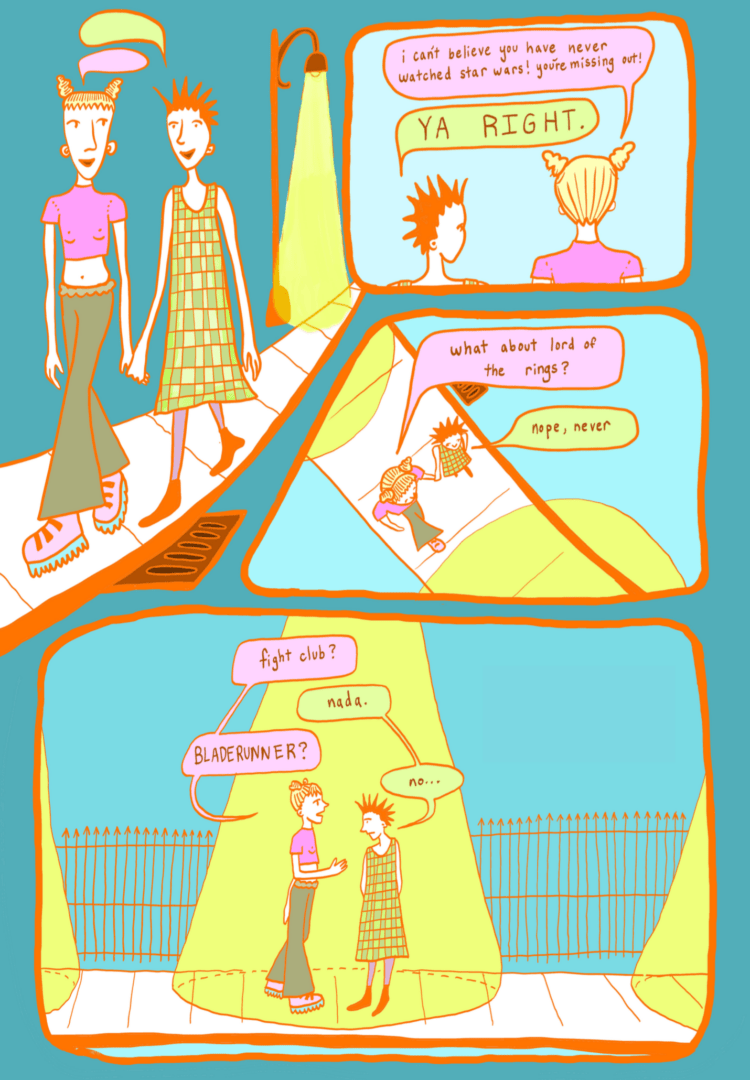 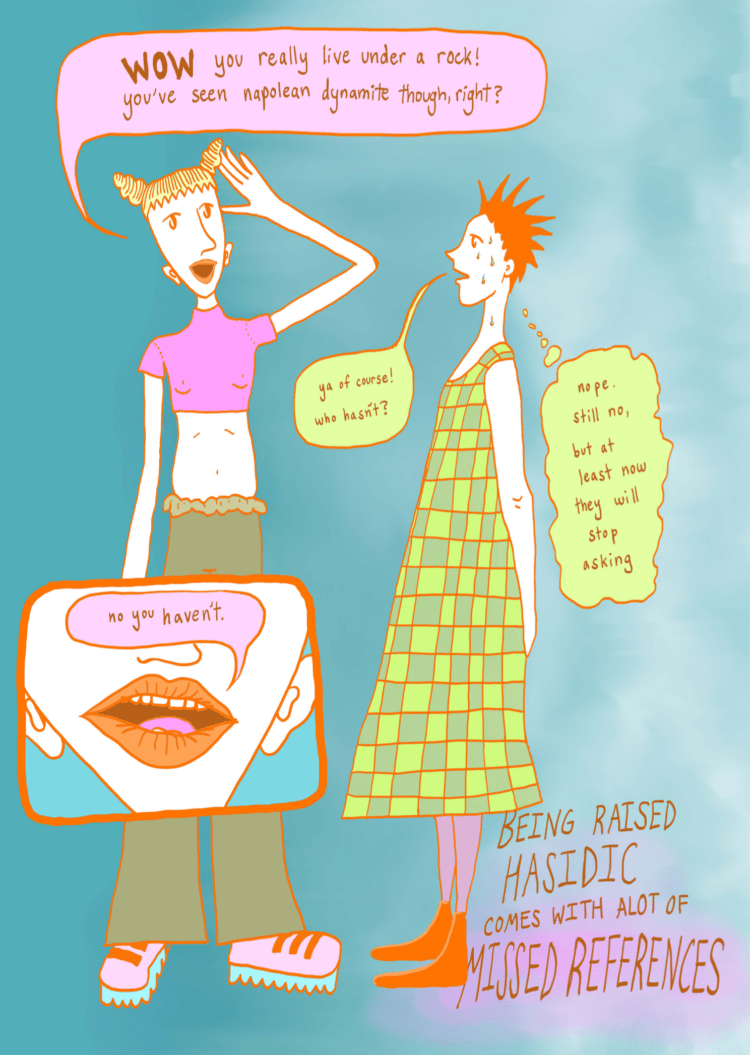 Transcript
Panel One: On the upper left side of the page, two people walk down a sidewalk hand-in-hand. There is a street lamp lit behind them. One has space buns and the other one has spikey hair.
Panel Two: In the upper right corner, there is a back view of the heads of the people with speech bubbles. Space-bunned person says, “i can’t believe you have never seen star wars! you’re missing out!” Spiked-hair person replies, “YA RIGHT.”
Panel Three: In the middle of the page there is a top view of the two walking on the sidewalk between two street lamps. Space-bunned says, “what about lord of the rings?” Spiked-hair says, “nope, never”
Panel Four: In the lower half of the page the two have stopped underneath a streetlamp, which acts as a spotlight. The space-bunned person is gesturing with their hand while talking and the other is looking down with their hands behind their back. Space-bunned asks, “fight club?” Spiked-hair says, “nada.” Space-bunned asks, “BLADERUNNER?” Spiked-hair says, “no…”
Panel Five: The next full page is zoomed in on the duo standing. The Space-bunned person has their mouth open wide and has their hand to their head, while saying: “WOW you really live under a rock! you’ve seen napoleon dynamite though, right?” The spiked-hair person is sweating with their hands behind their back, while saying: “ya of course! who hasn’t?” (In a thought bubble they are thinking: “nope. still no, but at least now they will stop asking”)
Panel Six: In a panel intersecting the lower part of the space-bunned person’s body, there is a close up on their talking mouth. They say: “no you haven’t.”
In the lower right corner, underneath the spiked-hair person’s dress,  there is larger text that reads “BEING RAISED HASIDIC COMES WITH A LOT OF MISSED REFERENCES”
Like