All That Glitters is Not Gold: Reviewing ‘Brahmastra’

“Brahmastra” is a tedious watch that plays with the feelings and brains of its audience. 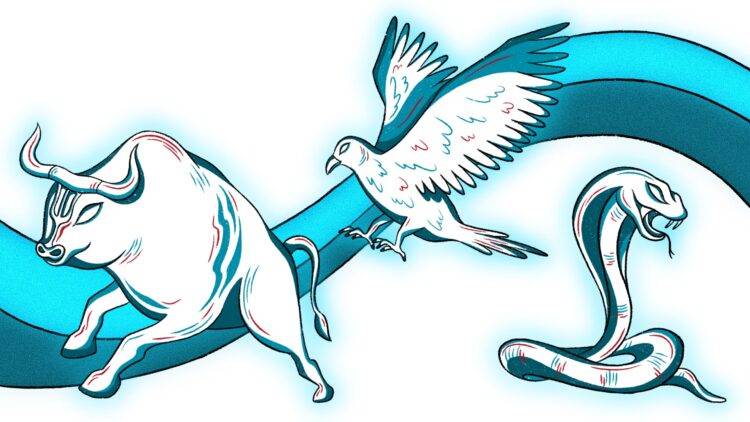 I love Bollywood. But it’s more than just love; I am obsessed with it. And I don’t shy away from admitting this obsession. I grew up in a world where people mocked my dreams. I was always considered “unfit” in my peer circle because I was too dramatic. Only through watching Bollywood movies did I realize that there was nothing wrong with being dramatic.

Sadly “Brahmastra” dashed all of my hopes. It left me so disappointed I felt cheated as a cine-goer.

Marketed as one of the first superhero movies exploring Hindu mythology, “Brahmastra” is a story of Shiva (played by Ranbir Kapoor), who embarks on a journey to save the world from destruction. Like many superheroes or Chosen Ones, Shiva has lost his parents; he’s an orphan who grows up to become a DJ. Everything changes in his life when he meets Isha (played by Alia Bhatt), the woman of his dreams with whom he falls in love within two meetings.

After their two meet-cutes, he realizes he has a superpower, and his purpose in life is more significant than he thought. Fire doesn’t burn Shiva. To learn more about his power, he and Isha go to an ashram (a religious residence) which they believe can help solve the mystery.

Meanwhile, other superheroes (called Brahmanas in the film) are fighting against dark forces to save the pieces of Brahmastra, a powerful weapon created by Lord Brahma that can destroy the universe. With a run time of 167 minutes, there’s too much on the table. Throughout the film, we are navigating the origin story of a superhero and his past and future.

We get all the familiar scenes we have seen in past superhero movies following the hero’s journey template. However, it’s not the unoriginality of the movie that makes it tedious — it’s the poor execution and the weak writing that’s actually the main culprit.

Mukerji claims he has spent 10 years of his life writing the film’s script. I am sorry, but his hard work and dedication have not translated. The story lacks depth and imagination

We don’t know why these heros were selected as the chosen ones, the realm’s protector. The villains appear out of nowhere, and we don’t know their backstory for why they want to destroy the universe. Instead, scene after scene, we are fed the romance between the two leads.

All Bollywood fans are suckers for romance. We love romance between the central protagonists. We love seeing them dance in majestic landscapes in designer clothes running after each other and singing sad romantic songs when they separate.

However, there’s no spark in the chemistry between the lead actors of “Brahmastra.” Kapoor and Bhatt are real-life partners. It’s through the movie that they met, fell in love, got married, and are even having a baby together. The chemistry of their characters, though, is forced. Is it believable for any audience, especially this generation, to see two people fall in deep love within two meetings?

I could still give in and believe they are madly in love if they had great romantic dialogues and conversations. Unfortunately, that was impossible because Hussain Dalal spoiled the whole movie with his cringe-worthy dialogue writing that appalled me the entire run-time.

The only saving grace is Shah Rukh Khan and the stunning visual effects. In the movie, Khan plays a small but essential role: a scientist who has and protects one of the pieces of Brahmastra. He isn’t given much to play around with. But he is Shah Rukh Khan, and whatever he does is always brilliant because he has ruled our hearts for years.

The visual effects stand out because it’s evident the team has done a lot of hard work in creating a spectacle that Indian cine-goers haven’t experienced. The colors pop out on the screen. You feel goosebumps, especially during the climatic scene, and an intense sensation helping you to connect with the movie.

If only the filmmakers had focused on a better screenplay to complement the great visuals. But the movie lacks soul and substance. “Brahmastra” does little to herald a new wave of change in Indian cinema, which many of us were expecting from it, as it was marketing itself as one of the first movies in Bollywood to explore Hindu mythology in a superhero movie.

“Brahmastra” is like Kim Kardashian: good to look at but with no substance.

Entertainment, Featured All That Glitters is Not Gold: Reviewing ‘Brahmastra’
« Previous Story