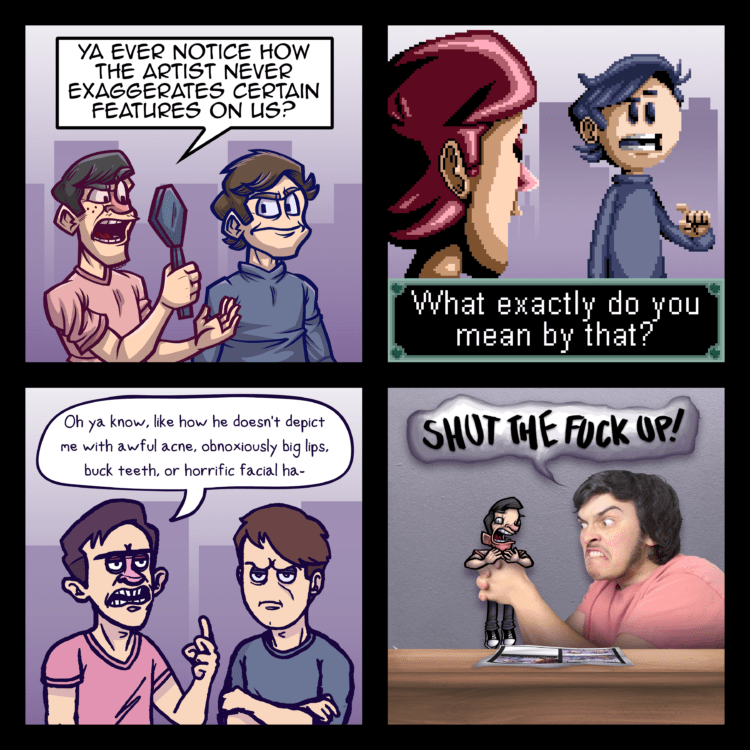 Panel One: Two characters walk down the street. Character One looks into a hand held mirror and comments, “Ya ever notice how the artist never exaggerates certain features on us?”

Panel Two: Character Two turns around and asks “What exactly do you mean by that?”

Panel Three: Character One elaborates, “Oh ya know, like how he doesn’t depict me with awful acne, obnoxiously big lips, buck teeth, or horrific facial hair–” He’s cut off before he can finish the last word.

Panel Four: In the final panel, we see Character One being gripped tightly in the hands of The Artist drawing the comic. The Artist shouts “Shut the fuck up!” 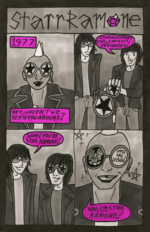