A new El Machete Illustrated by Eric J. Garcia about the NRA. 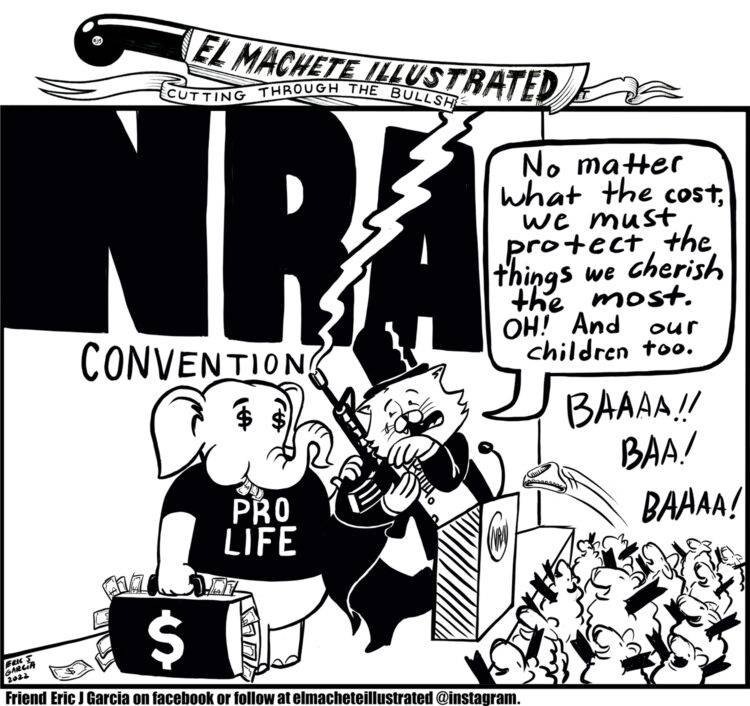 Transcript: An elephant and a fat cat stand in front of a sign that says “NRA Convention.” The elephant has dollar signs for eyes, is wearing a “Pro-Life” shirt, and carrying a briefcase full of money. The fat cat, wearing a top hat and suit, cradles a gun as it says “No matter what the cost, we must protect the things we cherish the most. OH! And our children too.” Staring up at the stage, a crowd of sheep cheer enthusiastically, shouting “Baaaaa! Baaaa!” 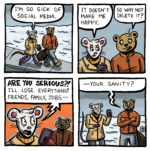