To doxx or not to doxx? That is the question on most sleuth TikTokkers’ minds these days. 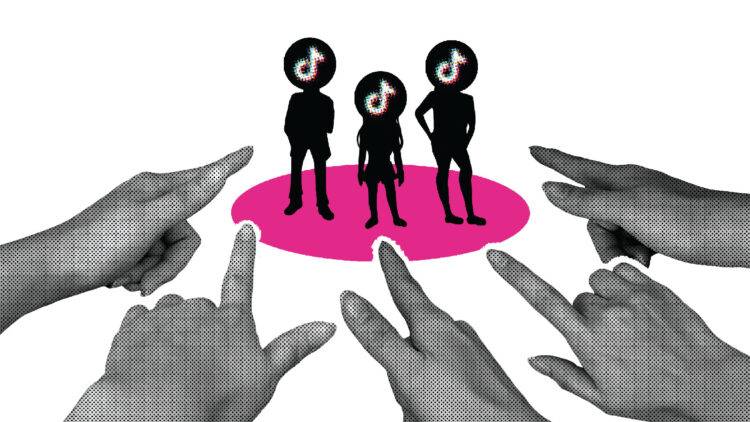 The Internet is at it again, and this time, the drama’s converging around everyone’s new favorite “love-to-hate” platform, TikTok.

Cancel culture — the force which holds “problematic” celebrities accountable for their words and actions — started trickling into mainstream social media in the mid 2010s; it was primarily Black Twitter calling out behaviors (jokingly, or otherwise) that they didn’t like. Its evolution eventually led to the current maelstrom of warranted and unwarranted cancellations across the board. Importantly, cancel culture was primarily for the famous and the media-trained.

Enter TikTok. It revolutionized social media, and in doing so, led to the democratization of cancel culture. When anyone can be famous, anyone can be canceled. Irrespective of whether they chose that fame, made an actual mistake, or tried to make amends for said mistake.

What makes TikTok’s brand of cancel culture so insidious is the evolution of social media stalking (my apologies, “sleuthing”) it supports. Remember West Elm Caleb? New York City’s serial dater and ghoster was repeatedly doxxed — sleuths released various addresses, including of his workplace — and had his entire life put on display for the world to judge and condemn. He became the representation of every bad date, every guy who never called back, and every man who made promises he didn’t keep. In calling out immature behavior, the TikTok community completely uprooted the life of one bad dater (and let’s get our perspectives straight, this is New York City).

Having said this, West Elm Caleb isn’t even one of the worst instances of the toxicity of TikTok sleuthing. Sabrina Prater, a trans woman, was also put through the ringer for simply existing in a space TikTokkers deemed “creepy.” She was accused of kidnapping women, being a drug addict, and even being a serial killer. People even sent so many tips to the Crime Stoppers of Flint & Genesee County — a local organization that allows citizens to submit anonymous tips to law enforcement — that they posted on Facebook asking people to refrain from further doing so, and that law enforcement were aware of the situation.

Let that sink in. TikTokkers thought the setting she was dancing in was “weird” (which, for the record, was a part of a house she was actively remodeling at the time), and therefore, she was deemed a serial killer.

It’s worth noting that in both of these situations, be it folks who were sending in tips about Prater, or women who were interviewed by media outlets about West Elm Caleb, people actively opted to maintain their anonymity and were allowed to do so. A courtesy that was not only not extended to both Prater and Caleb, but was also actively revoked from them.

This said, the culture of sleuthing that has fed into cancel culture on TikTok has also been useful. In the particular tragedy of the Gabby Petito case, TikTokkers were actively helpful. But there is a marked difference between helping solve a crime, and becoming the judge, jury and executioner to ordinary people who are simply living their lives.

There are also examples of accounts like The Great Londini and TizzyEnt, amongst others, who often step in when a fellow creator is being excessively bullied; or alternatively, if a creator is threatening, harassing other creators freely, and find the perpetrator’s digital footprint to rid them of their anonymity to hold them accountable. That begs the question — is the sleuthing valid here? My instinct is yes. Holding cyberbullies accountable is a no-brainer. But cyberbullies are not just people who disagree with your politics — as in the case of Lance Tsosie, a Native American creator who rose to TikTok fame with his “Hey Colonizer” series. Tsosie was doxxed and sent multiple death threats by right-wing users on the app who took issue with him calling out white supremacists and colonial frameworks. The end result? Tsosie had to move house to avoid further stalking.

Where is the line here? And who enforces it?

Call me cynical, but expecting social media companies to uphold community guidelines feels like more of a lost cause than anything else in this scenario. It is also quite frankly a cop-out, considering TikTok’s strange enforcement of their own guidelines, and seeing as experience has proven that they capitalize on and encourage the behaviors that make them money. We know now to expect conversations that lack nuance on social media. Perhaps it’s also time we set more intentional boundaries and guidelines for ourselves online.

It’s easy to point fingers at the companies and platforms blaming them for our behavior, and absolving ourselves of decent conduct when some amount of anonymity is guaranteed. But it’s been over two decades since the popularization of the internet, and perhaps as the kids say nowadays, we all need to collectively touch some grass and remember there are real human beings on the other side of the screens we’re so addicted to.