A brand new Starr Ramone by Mae Lyne shows behind the scenes after a show. 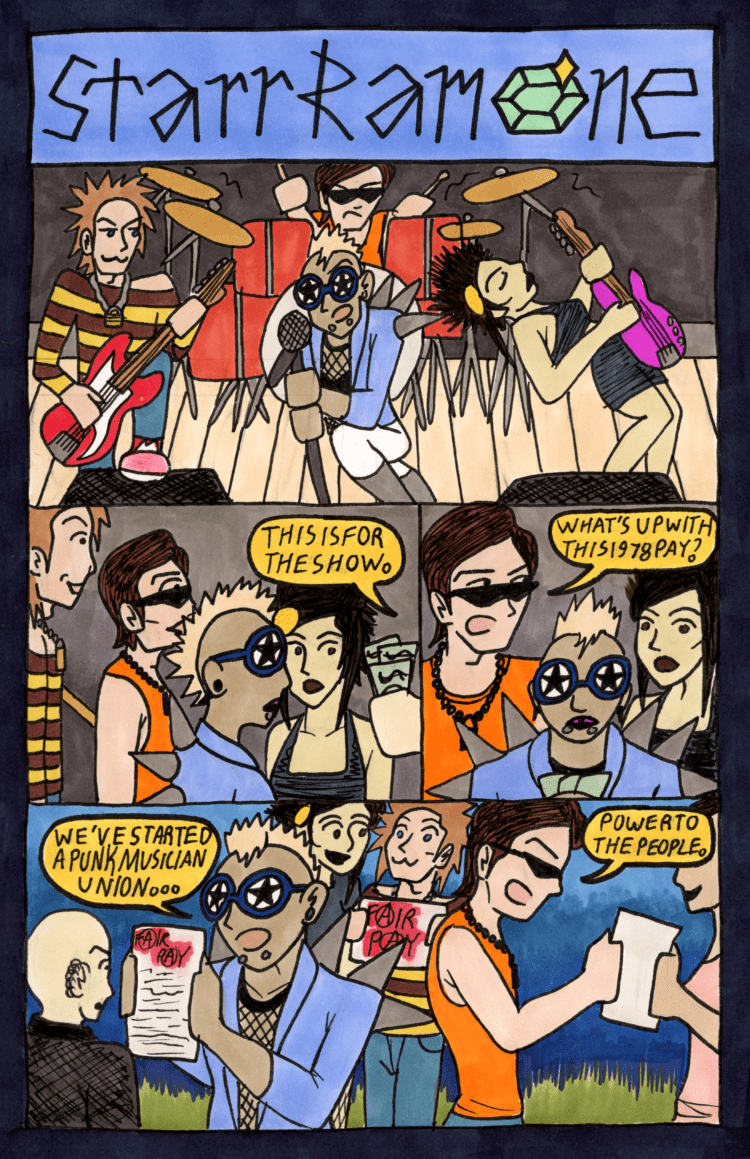 The band fights for what they deserve in this issue of Starr Ramone by Mae Lyne.

Panel 2. In a stairwell, The Starr Ramone band is given a fistful of money by an off-panel manager. He says to them, “This is for the show.”

Panel 3. Starr counts the money. Behind her, Dave makes a comment about the low pay to Bébé, saying “What’s up with this 1978 pay?”

Panel 4. A bit later, we see Starr holding up a flyer for a punk musician union called “Fair Pay” while talking to a passerby. On the right, Dave passes a flyer to another passerby. In the background, Karl holds up a union sign next to Bébé. Starr says, “We’ve started a punk musician union…” Dave adds, “Power to the people.”