Cancel The AIC Frieze – Some Recommendations

How would one cancel the AIC Frieze? Pablo Nukaya-Petralia has some suggestions. 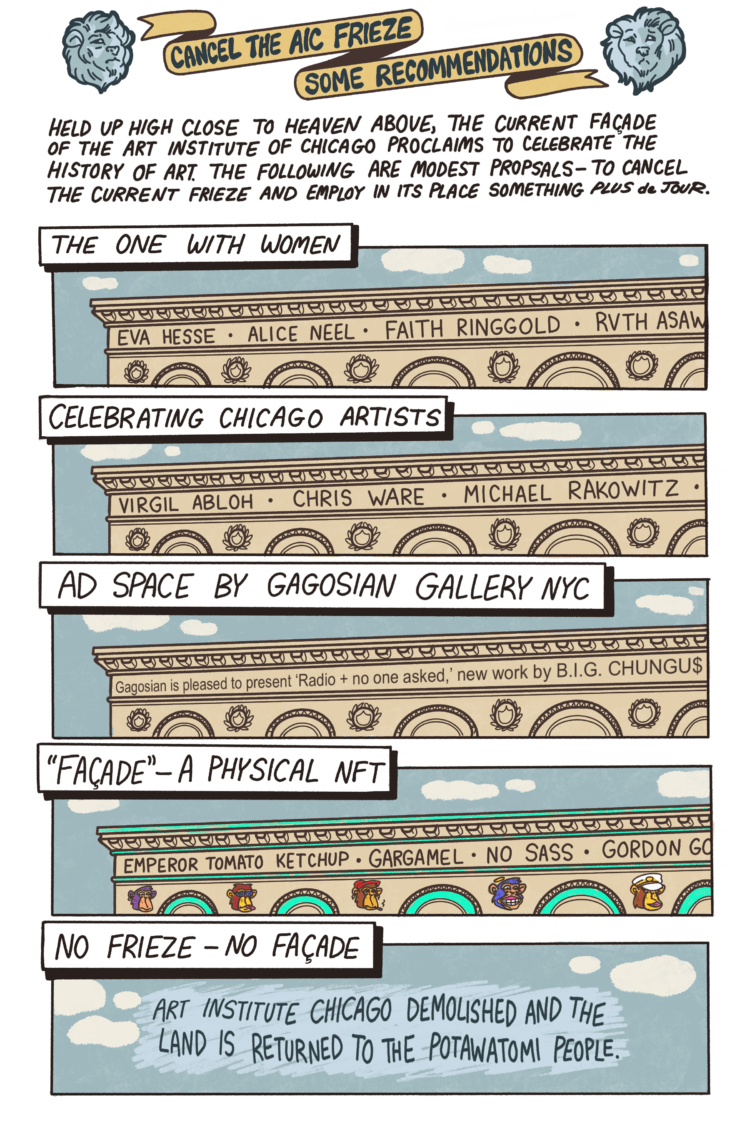 Cancel the AIC Frieze – Some Suggestions, written by Pablo Nukaya-Petralia and illustrated by Teddie Bernard.

CANCEL THE AIC FRIEZE: SOME RECOMMENDATIONS

Held up high close to heaven above, the current facade of the Art Institute of Chicago proclaims to celebrate the history of art. The frieze, the horizontal band that wraps around near the top, reads with the names of luminaries such as Michelangelo, Durer, and Botticelli. More than a bit Euro-centric and cis-male, the frieze speaks to a time — but perhaps not the current one. The following are modest proposals — to cancel the current frieze and employ in its place something plus du jour.

Panel One: The One With Women

In what seems to be an unfortunate use of Arial font, the frieze now reads “Gagosian is pleased to present ‘Ratio + no one asked,’ new work by B.I.G. CHUNGU$…”

Frieze replaced with the names of the creators of Bored Apes, Bored Apes icons splayed about the building, complete with hideous turquoise trim.

Panel Five: No facade/frieze — AIC demolished and the land is returned to the Potawatomi people. 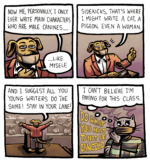