Hurricane Ida From a Distance: An Introspection

The author reflects on their experience moving to Chicago while Hurricane Ida tears through New Orleans. 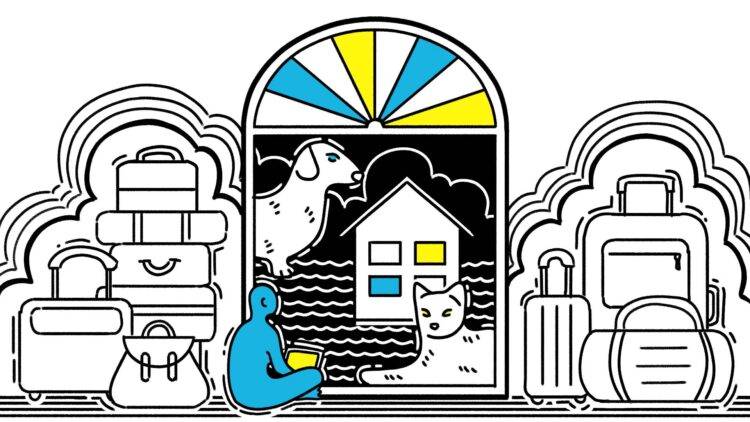 My mother and I drove up the length of the Louisiana purchase. Fifteen hours of driving spread out across three days. A week into living in Chicago and only a handful of days since moving into my dorm, Ida came to New Orleans. Sixteen years to the day since Katrina.

My parents watched Katrina play out from a crappy apartment in East London. Two years later we moved into the fallout. I have never known New Orleans without Katrina’s presence. Even the children my age who were born in the city only have vague memories and ghost stories from their parents of the city prior to her. My childhood is firmly “post-Katrina.” Now, I watch Ida from a distance. I still feel like a child. I skip a day of Freshman orientation. I am meant to go on a scavenger hunt around the school’s downtown Chicago campus. Instead, I am in bed watching Louisiana news coverage. Ida reverses the Mississippi’s flow. Ida breaches Jean Lafitte’s levee. Ida drowns the electricity of my city.  I do not know how to explore my new city. I am busy stalking the city I grew up in.  I swaddle myself in two blankets I’ve had since that crappy East London apartment.

When my mother and I drove into Chicago, we called my father. He stayed home with our two dachshunds and two rescue cats. As the skyline came into my reach, my father read to me Carl Sandburg’s poem “Chicago.” I was venturing into the “City of the Big Shoulders.” My father’s voice in Sandburg’s words told me Chicago is brutal and wicked and good. At that moment, it was clear I was leaving New Orleans behind, trading in the Mississippi and Ponchatrain for a lake effect. I expected to be homesick for the house I grew up in.  I did not expect to be homesick for the fallout of a hurricane.

As Ida roared through New Orleans, my father gathered blankets, pillows, and our dogs in the one hallway in our house without any windows. He tranquilized the dogs while the cats were left upstairs to hide. The storm lasted hours. The loss of electricity left the house dark. My mom and I placed bets on if the rattling windows would break and if our already unstable shed would come crashing down in the backyard. As Ida took her bow on the stage of New Orleans, my father began to fear over the levees. He moved upstairs, taking the dogs with him. He slept hoping he would not wake up to a flooded house.

A more well-adjusted person would wish their father was in Chicago with them. Safe and far from the storm. Instead, I wish I was there with him. I yearn to ride out the rains with my father and my city. I know I would be terrified. I know it would be miserable, but I do not want to turn my back on the city that has shaped me. When the storm clears, the city will still be in crisis; I will still be nearly a thousand miles away.

When Ida is finished with New Orleans, she moves on to the Mississippi counties, her eyes trained on the east coast. New Orleans is left damp and without power. Ida picked up a thirty pound cement urn sitting outside our front door and threw it into our yard. Tree branches are scattered around the city. I cannot reach my father. I can picture him in the hallway, bunkered down in his makeshift nest. I can imagine him pacing and listening to the news. I can see him venturing out into the neighborhood, connecting with the others on our block who waited out the storm.

The closest I have gotten to meeting another person from New Orleans at SAIC was meeting a person from Texas. In orientation and dorm events, I make jokes about the South. I cast it off as bizarre and oppressive. Talking about the storm only complicates things further. I try to explain how Ida differs from Katrina, and how New Orleans belongs to Katrina. The words all end up wrong in my mouth.

I exchange messages with a friend from high school who has just moved to New York for college. We both wish we could return home for the storm and its fallout. We tell each other stories about crying over New Orleans, an amalgamation of feelings over the storm and moving away. Her two roommates have both been delayed from traveling because of Ida. She tells me she feels like she’s “being chased by Ida.”

Two nights since the end of the storm, I am able to reach my father. I pace around my dorm as I talk to him, pointlessly moving around various books and reorganizing my supply of snacks. He tells me that our house, including the windows and the shed, is still standing. He is making plans to drive ten hours with the cats and the dogs to reach my great aunt’s mobile home in North Carolina. New Orleans is still dark. He makes a list of what mementos he needs to take with him: our family photo albums, the cross-stitch my mother made for their wedding invitations, and the teacups I inherited from grandmother. He does not need to pack anything from my room. It is the first time I am not factored into an evacuation plan.

The houses on our street do not have power. My father sits on our porch after cleaning out our fridge as well as one of the neighbor’s. The house across the street is for sale. No one has lived in it for months, but a generator kicked on automatically. My father calls and tells me of this. I read to him Ray Bradbury’s short story. I remind him  “There Will Come Soft Rains.” The house continues regardless if anyone is home. New Orleans continues in the dark after a storm. I will be in Chicago for the next four years. I do not know when or if I will move back to the city I was raised in. But I do know that the hurricanes come to New Orleans when I am not there. I must grow used to watching the storms of my city from afar.

SAIC Hurricane Ida From a Distance: An Introspection
« Previous Story

One Response to Hurricane Ida From a Distance: An Introspection