Is the J.K. Rowling We Knew and Loved Gone?

#RIPJKRowling: How a spiral into transphobic rhetoric has stained her reputation. 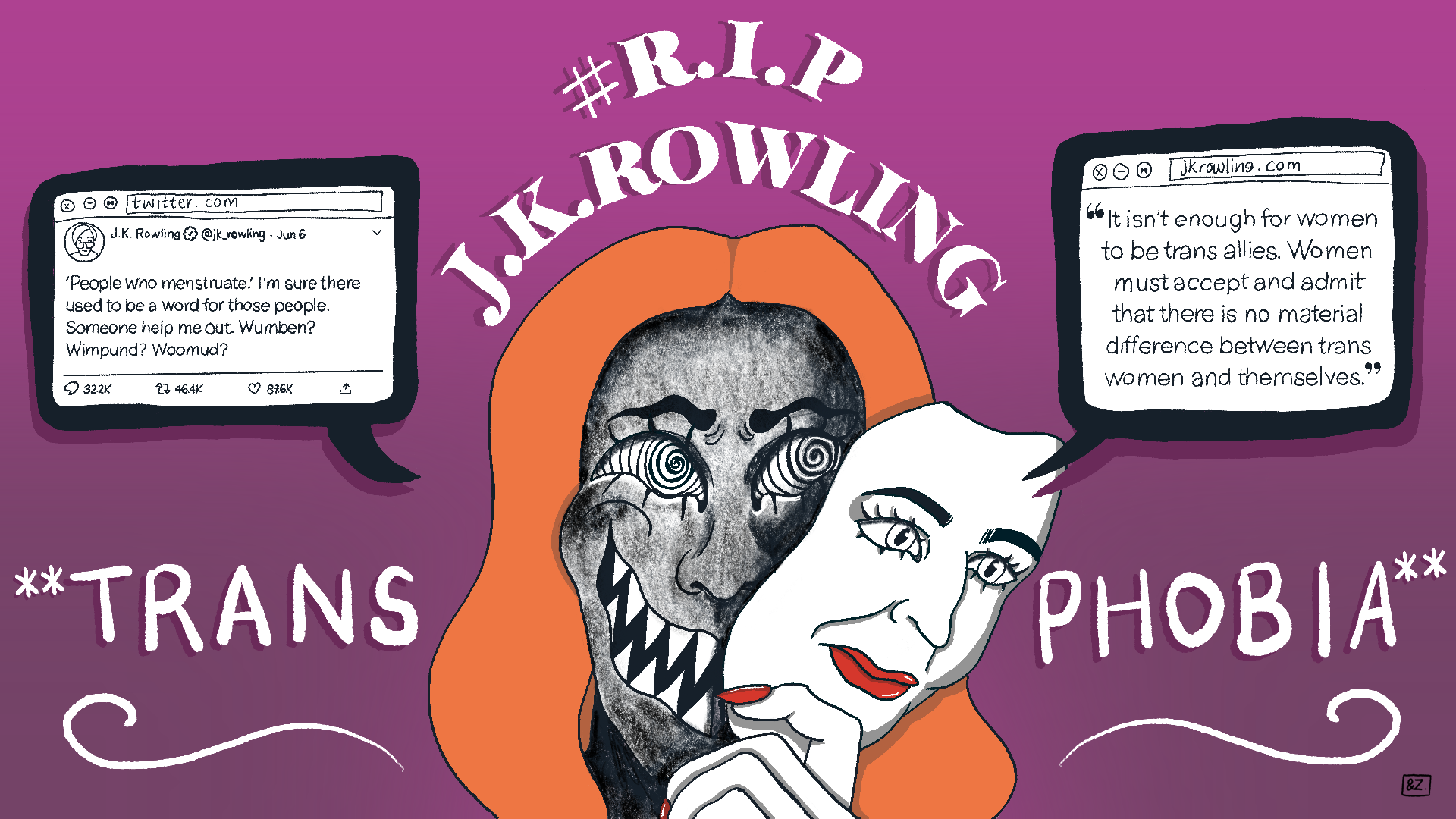 J.K. Rowling, author of the beloved Harry Potter book series, sparked outrage after a transphobic character choice in her latest crime novel, “Troubled Blood.” The book, released Sept. 15 under Rowling’s pen name Robert Galbraith, contains a cis male character who dresses as a woman in order to enter women’s spaces and kill his victims. Since the book’s announcement, trans people and allies have criticized Rowling’s intentions behind the character on Twitter, stating the character choice is problematic for its negative portrayal of trans people. Is the J.K. Rowling we knew and loved gone?

“Troubled Blood,” the fifth (and longest) installment in Robert Galbraith’s Cormoran Strike crime series, follows detectives Strike and Robin as they investigate a missing woman named Margot at the request of her daughter. In their investigation, they uncover a psychopathic murderer who targets women as his victims. The serial killer, Dennis Creed, is a cis man who finds pleasure in wearing a dress and stealing the jewelry of his victims after he kills them. In the novel, Creed kills at least seven women. Rowling writes David Creed as someone who takes on a “convivial, sexually ambiguous persona” in order to get close to his victims.

After details of the book were released, fans and critics alike questioned Rowling’s character choice on social media: “J.K. Rowling has been insisting that trans women are a danger to cis women and now she’s writing a book about a man dressing as a woman to kill people, which just insinuates her transphobic arguments,” Twitter user @BlanchSyd posted.

The hashtag is flooded with anger, sadness, and the feeling of betrayal. “J.K. Rowling might be the quickest Hero to Villain transformation when it comes to basic human rights and acceptance,” @morgana_SSS tweeted. “She didn’t just sort of step in it; she went out of her way to be a TERF [trans-exclusionary radical feminist]. I’ve washed my hands of her.”

There is some pushback against these kinds of comments, with some tweeting that Rowling “doesn’t write to win Nobel prizes. She writes to express her creativity and make money.” However, being transphobic is neither creative nor should it be used to profit. Rowling has a net worth of roughly $60 million, and she is the second highest-paid author in the world, right after James Patterson.

Despite some Twitter users coming to Rowling’s defense, a huge number of Harry Potter fans are disappointed in their favorite author’s actions. Under the above tweet, @morgana_SSS replied, “Good for her. She also revealed herself to be a bigot and there are people who will choose not to support her anymore.”

Unfortunately for HP fans, “Troubled Blood” is just one of Rowling’s recent public acts of transphobia. The author has a long history of transphobic behavior and comments, going back several years.

“The Silkworm,” published in 2014 and a part of the same crime series as “Troubled Blood,” sparked controversy for a trans character who appeared in the book as well. In the novel, an aspiring writer named Pippa attempts to stab main character, Strike. Strike then traps Pippa in his office where Pippa reveals her identity as a trans woman. In this scene, Rowling includes a description of Pippa’s hands and Adam’s apple, seemingly as “proof” of Pippa’s identity. Strike then tells the character that prison “won’t be fun for you … Not pre-op,” suggesting that Pippa would be placed in a men’s prison and endure harm. Pippa’s character is also depicted as foolish and naive throughout the book, and to many readers, this was seen as nothing but an intentional stab at trans people.

Rowling has also been active on Twitter, liking tweets of well known TERFs (Trans-Exclusionary Radical Feminists) in 2018. At the time, one of her reps issued a statement saying her likes were an accident, but now it seems like that might not be the case. In June of this year, Rowling criticized an article for using the phrase ‘people who menstruate.’ “‘People who menstruate.’ I’m sure there used to be a word for those people. Someone help me out. Wumben? Wimpund? Woomud?” she tweeted.

“Not all women menstruate and not all who menstruate are women,” reads one of the replies under Rowling’s tweet, “There are many girls, non-binary folx [sic], trans boys, and trans men who also get a period. We recognize that language change can be uncomfortable to get used to. And we are grateful for inclusive authors and articles.”

Following the series of troublesome tweets, Rowling published a 3,600 word essay on her blog defending her ideologies. “I’ve read all the arguments about femaleness not residing in the sexed body, and the assertions that biological women don’t have common experiences, and I find them, too, deeply misogynistic and regressive. It’s also clear that one of the objectives of denying the importance of sex is to erode what some seem to see as the cruelly segregationist idea of women having their own biological realities or — just as threatening — unifying realities that make them a cohesive political class,” she writes, “It isn’t enough for women to be trans allies. Women must accept and admit that there is no material difference between trans women and themselves.”

Some Twitter users who are well-versed in Rowling’s history of transphobia weren’t convinced the instances weren’t related. “With the context of what her new book is about, it feels like one author’s TERF stance could have just been pre-publicity. Grim,” wrote @niiiahhh.

“I feel like the trope of ‘cis man disguises himself as a woman to prey upon cis women’ is really harmful and offensive. Especially when so many trans people have been murdered this year,” a tweet from @BeaujolaisOhNo reads.

But Rowling doesn’t quit. On September 22, she tweeted a photo of herself wearing a shirt inscribed with “This Witch Doesn’t Burn,” potentially alluding to the criticism she’s faced for her transphobic views. Under the tweet, she plugged a store with anti-trans values, tweeting, “If you are (or know) a witch who wants one of these, don’t buy from cynical chancers. I got my T-shirt from @Wild_Womyn #supportwomenrunbusinesses.”

So, what does all of this mean for devoted Harry Potter fans?

Well, to say Rowling never had exclusionary behavior that demonized specific demographics until very recently would be incorrect. In a Wizarding World where the banks are run by hook-nosed goblins, evoking anti-semitic stereotype, and names like “Cho Chang” exist, well, it’s all a bit disappointing.

Many of the Twitter users who publicly criticised Rowling grew up surrounded by the magical world of Harry Potter: “I’m in literal tears right now, I still can’t believe the woman who I idolized as a child for having created the most life changing stories for me has shown her true transphobic ugly self, I’m so disappointed,” posted @namjooneando.

In response to Rowling’s series of transphobic behaviors, many celebrities and business owners are taking action. A bookstore in Australia has removed the Harry Potter books from their shelves in support of the trans community, although it remains available if requested. Actors from the Harry Potter movies such as Daniel Radcliffe and Emma Watson have condemned Rowling’s actions online, issuing statements in support of trans fans. In a piece published by The Trevor Project, Radcliffe wrote: “Transgender women are women. Any statement to the contrary erases the identity and dignity of transgender people.”

Truthfully, J.K. Rowling has never been the person many of us thought she was. We imagined a woman who, despite many hardships, became a best-selling author and creator of the most magical world that would entrance generations to come. We imagined growing up with Harry Potter forever, reading and re-reading the books while recalling great childhood memories filled with magic and wonder. Instead, she’s proven to be a bigoted, transphobic writer, and it’s shifted how many of us interact with her creations, if at all. What will her legacy be now? Will J.K. Rowling still be remembered as the great author who shaped an entire generation’s childhood, or as someone who discounted the very real lives of thousands of people?

Literature Is the J.K. Rowling We Knew and Loved Gone?
« Previous Story 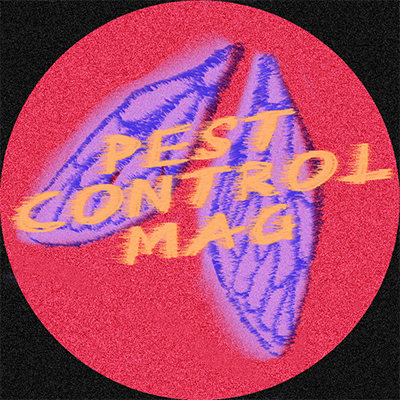 An Interview with Pest Control Mag