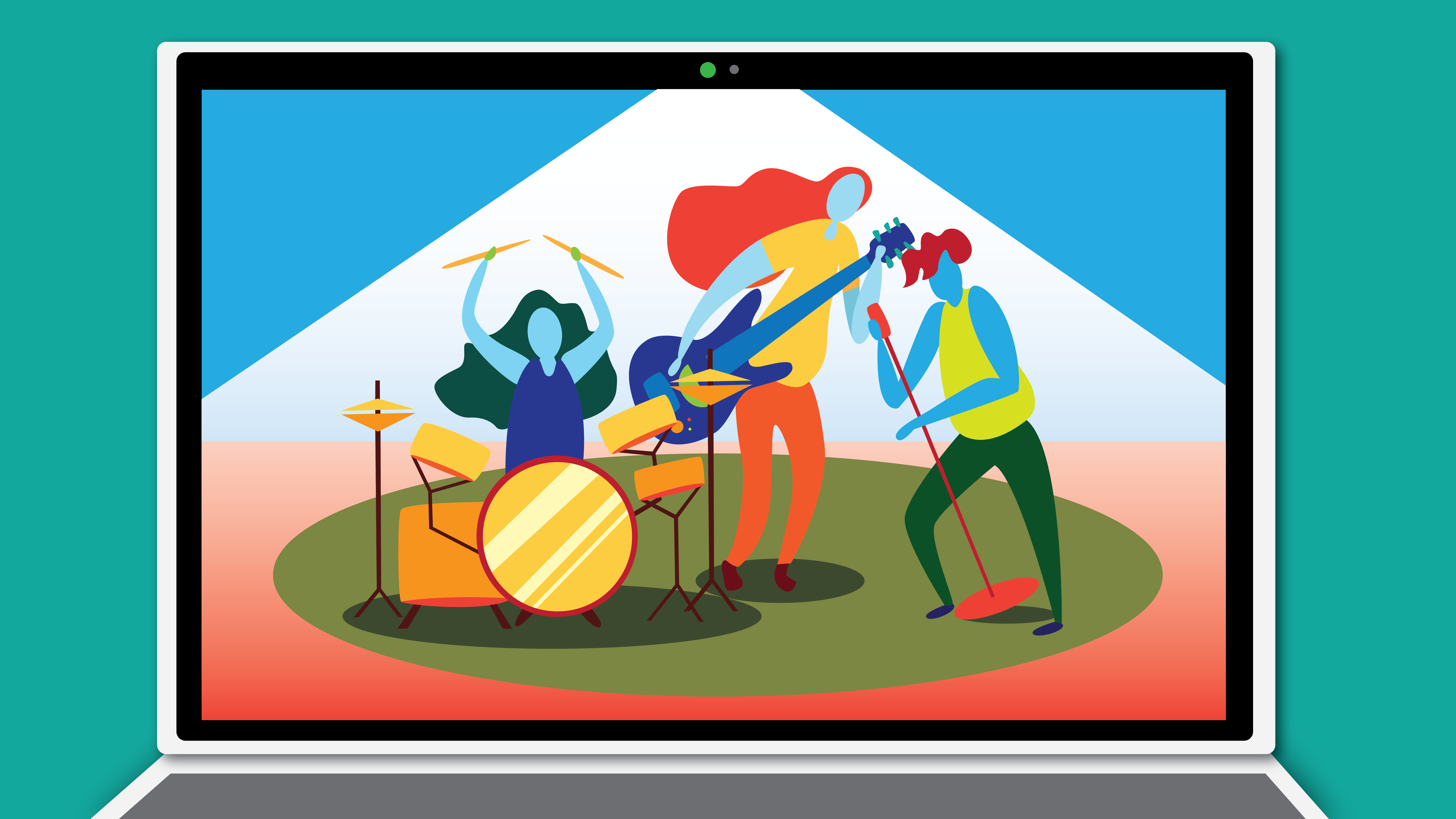 COVID-19 and its ongoing path of destruction has left a deep scar on Chicago’s DIY music and art scene, pushing venues and artists to try and adapt to the given conditions amid very limited options. As venues have been forced to put bills on hold for the foreseeable future, virtual shows have become the only viable alternative. Collaborative livestreams prove to be a valiant effort at keeping the scene afloat, but Zoom concerts and Instagram jams do little to generate funding, and remain a far cry from the intimate and intoxicating atmosphere of live DIY shows.

As much as music acts and artists draw audiences to underground shows, the gritty ambiance and opportunity for social connection does just as much. The venue itself is a place of gathering, and it fosters a visceral experience that is impossible to fully replicate in a digital space. Going to a DIY show means being in the know, being a part of a scene. It’s an opportunity to meet people with similar niche interests, to express one’s style, to feel a sense of belonging. As music and art converges in the underground venue, so too does fashion, culture, and politics. Diversity is actively cultivated within the scene as much as possible, and shows generally act as a welcoming and inclusive environment for POC and LGBTQ+ individuals, as well as anybody that otherwise doesn’t conform to societal norms. The setting of a physical venue allows all these elements to come together in real time and create the fully immersive experience of a show.

The pandemic has brought in-person shows everywhere to a halt, and as even prominent music venues struggle under the weight of the virus, it is no surprise then that DIY spaces have been hit just as hard. The spaces are the product of independent musicians and artists coming together to create settings for music and art to thrive, without the regulations and necessary backing or investment of a privately owned venue. The term “doing it yourself” in this context means that venues are autonomous from any company, non-profit, or singular ownership. This allows for freedom and public accessibility, but also leaves venues at the mercy of those that frequent them, since in most cases the revenue that keeps these spaces afloat is directly generated by the shows they host.

Recently the hashtag “#SaveOurStages” has begun trending on social media platforms, attempting to bring awareness to the plight of independent music venues amid the pandemic, and persuade congress to vote in favor of providing relief funds to these venues that need it. Venues eligible to procure this necessary relief represent established venues, like bars and theaters, rather than underground, non-regulated DIY spaces. So while government funding may extend to venues like Metro or Thalia Hall, spaces like The Observatory and other DIY venues that function more as non-profits (while not being officially designated as such) will not be privy to this relief, if it even comes.

While many DIY spaces around Chicago have stopped shows all together in the interim, others are choosing to move their platforms online as a way to altruistically support artists in these difficult times. One venue located in Chicago’s Logan Square neighborhood has pioneered the virtual show, despite being disrupted by the virus earlier this year. The space commonly known as “The Dream House,” led by Chicago creator Laycie Dressler, previously operated out of a quaint, three-level house; due to economic and social strife imposed by the pandemic, the physical space was forced to close. Since then, The Dream House has gone totally virtual, with Dressler organizing live streams and Zoom shows with the help and participation of other local creatives.

“While virtual shows are a new experience for everyone, orchestrating the shows themselves hasn’t been too different from our in person performances,” says Dressler, noting however that communication and problem solving has been in some ways hindered by the barriers imposed by virtual shows. “In a physical space, communication is direct, and things can kind of sort themselves out. On virtual shows however, resolving problems with schedules/set times/advertising can be a bit more difficult.”

Dressler intends to keep hosting shows purely for the benefit of the artists and viewers, in the hopes that this band-aid fix will still be able to bring people together. “The unfortunate reality of this pandemic is that everyone has become so disconnected from the music and people they love … we hope that even though it’s not the same experience of a live show, our virtual shows will at least give people hope, knowing that even through all of this hardship, we as artists can still cultivate a vibrant and caring community.”

While the virtual show has proven itself a viable alternative to in-person shows in some cases, other venues have simply ceased all operations related to hosting shows, as their primary goal shifts to financially maintaining the spaces they operate. Lakeview’s long standing DIY mainstay, The Observatory, has been dealt a serious financial blow over the past six months. Nine residents call The Observatory home and have been fortunate enough to mostly afford out of pocket rent and upkeep by working elsewhere.

Still, the absence of show funds has left the space without a safety net if things were to further destabilize. “Not having access to a house fund to supplement rent and other expenses has put a lot of strain on us,” says Ethan Wehrly of the Observatory. There have been talks amongst the residents of starting a GoFundMe for the space, or possibly doing some virtual benefit shows. “The Observatory is gonna be alright, but we’ll have to get a little creative and find ways to hopefully garner some donations in the meantime.” The folks at the observatory are staying positive, and with the larger DIY community as its biggest supporter, the space hopes to eventually recover from the pandemic and continue to give back to Chicago artists for years to come.

Arts & Culture Do It Yourself, Virtually
« Previous Story