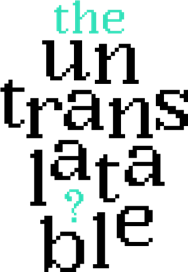 Such is the common parlance back home in Singapore. A hodgepodge of English, Chinese, Malay and Hokkien (which is commonly referred to as “Singlish”), most Singaporeans (myself included) often insert words from other languages in daily conversations. We aren’t necessarily fluent speakers of all of the languages used in Singlish, but in Singapore’s multilingual environment, there’s so many languages in the air that you’re bound to pick up a couple of words here and there. Even when a sentence is predominantly in English, we often pull words from other languages for two main reasons: convenience, or because there is simply no equivalent in English. For instance, by saying “nasi goreng” rather than “fried rice,” we simultaneously communicate that we are referring specifically to Malay fried rice. “Sian,” on the other hand, is a singular word expressing an emotion that takes a phrase to convey (and not comprehensively at that) in English. Switching back and forth between languages happens intuitively amidst an environment with similarly multilingual individuals. Thus, for a long time, I was largely able to evade the problems that came with translation (or mistranslation).
‍
However, once I embarked on my 6-year journey studying Japanese, I was finally forced to confront head-on the mess that was translation. From the get-go, I found that studying a language is vastly different from acquiring one, where the learning of the language happens systematically and analytically rather than organically and subconsciously. In attempting to understand an entirely foreign language, I kept trying to find equivalents. I instinctively felt compelled to relate it to something familiar: the languages that I already knew. I was constantly searching up translations to a host of new words and phrases, most frequently through translation machines—and more often than not these translations were more mystifying than clarifying. In many cases, multiple words and phrases were translated into the same word, or only one definition of the word would be translated, completely overlooking the numerous other definitions the words possess; the different nuances and usage of the words were always lost somewhere in between.

Extracting words from their context goes entirely against the operations of the language, and often eliminates the nuances that are so critical to and emblematic of the language.


For instance, “～ましだ (mashi da)” and “～より良い (yori yoi)” would both translate to something being the better option of the two; however, “～ましだ” is more nuanced—it also suggests that neither of the two options is particularly desirable, and the chosen option is not so much the “better” option as it is the “less bad” option. Words like “見る(miru)” would often be explained only as “to see,” when it could also mean “to look after,” “to view (something) as,” amongst many others. Possibly, this lies in the fact that the Japanese language relies heavily on context. The act of translation which involves extracting words from their context thus goes entirely against the operations of the language, and often eliminates the nuances that are so critical to and emblematic of the language.
‍
It was not just the vocabulary; I also found myself constantly trying to translate grammar and sentence patterns. “What is the equivalent of ‘です’ in English?” (There isn’t one.) “Does ‘は’ translate to is/are/am?” (It does not.) I felt an incessant need to find parallels between the languages, as that seemed the only way I could come to comprehend what I was learning. It took awhile for me to understand that there really is no way to ever perfectly match, word-for-word, sentences that are in completely different languages. Certainly, the key points are there; however, their emphases, tones and exact expressions will never be the same.

As I became increasingly acquainted with the language, I discovered ever more words and aspects of it that are simply “untranslatable.” For instance, there are words that exist only in Japanese, such as “木漏れ日 (komorebi),” the dappled sunlight that filters through trees; “青葉雨 (aoba ame),” rain that renders the green leaves of early summer glossy and lustrous; and “物の哀れ (mono no aware)” the awareness of the impermanence of things, to name a few. When translated into English, what was just one word often balloons into a lengthy phrase that may not even communicate the full meaning of the word. In addition, there are multiple forms within the Japanese language, and each conveys varying degrees of formality, the most formal one being “敬語 (keigo),” the honorific form. However, these changes in form that are so stark and apparent in Japanese are often eliminated once translated to English. Unlike in English where a change in tone involves using a discrete set of vocabulary, in Japanese it involves conjugation, which is effectively eradicated in translation. 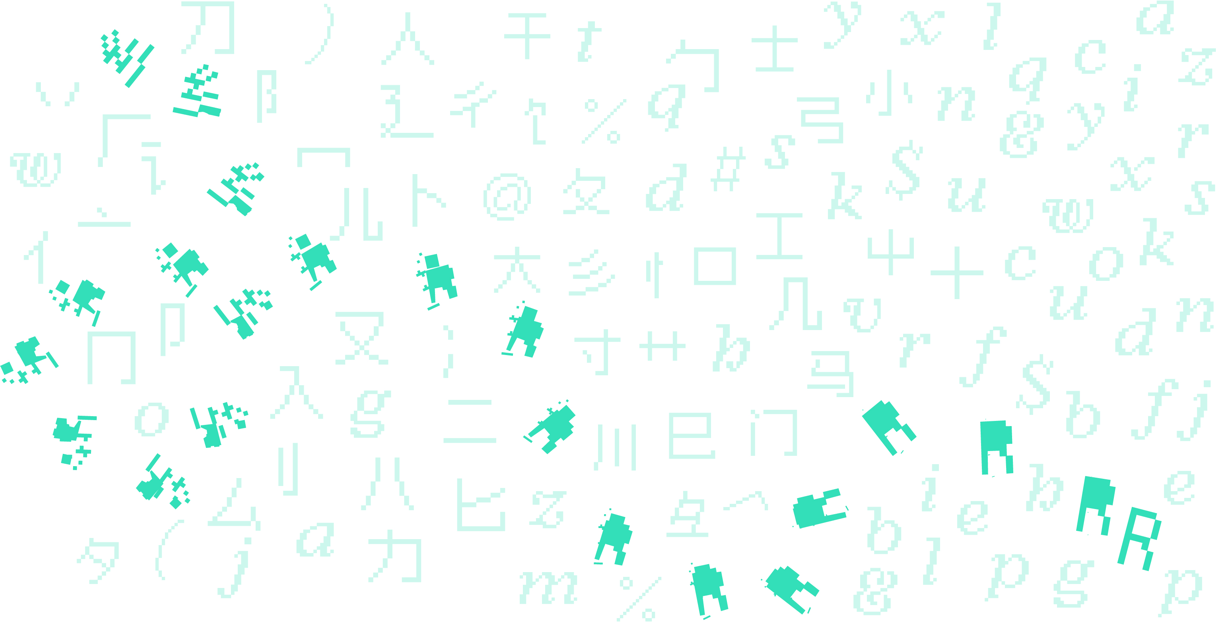 I often encountered these problems while working as a freelance Japanese-to-English translator. As such, I was always wrestling with the decision to translate word-for-word, or what the text implied. I wanted readers to be able to appreciate the unique phrases and idioms, and come to understand the text via their own interpretations; yet, at the same time, I feared there would be misinterpretation.

Yet, it is precisely this lack of equivalence to another language that made me realise that undergirding every phrase, expression, and word was culture. Through evading, or even resisting, translation, their uniqueness to the specific culture is emphasized. Such phrases as “木漏れ日,” “青葉雨,” and “物の哀れ” reveal a heightened sensitivity to nature and ephemerality in everyday life that is unique to the Japanese. The degree of specificity and particularity of these terms exemplify the extent of care and attention that is given to nature in Japanese culture, something that sets it apart from others in the world. The honorific form 敬語, on the other hand, echoes the social hierarchies and seniority systems that are distinct to Japanese society. (Admittedly, Korean also has an honorific form, and this can be traced to certain overlaps in the histories of the two languages, but that discussion is for another time, another article). Thus, translation may not necessarily only entail a loss of information, but also a gain in insight; it helps us detect what we lose when switching languages.

In retrospect, it took taking on the perspective of a foreign language learner—an “outsider”—to gain a heightened sensitivity to the quirks of each language. Mayhap it is as the Chinese saying goes: “旁观者清.”
Read as “páng guān zhě qīng”, meaning that it is the spectator that has the clearest view of things and sees the most.
Not all words are put through the wringer, though. Every language has words that are loaned directly from the foreign language, perhaps in acknowledgement of its origins. For example, English directly borrows “tsunami (津波)” from Japanese, “dim sum (dím sām)” and “kowtow (kǎutàu)” from Cantonese, and “fengshui (风水)” from Chinese. While a literal translation and not a loanword, the term “brainwashing” was also borrowed from the Chinese word “洗脑.”  Read as “xí năo”, the first word literally translating to “wash” and the second “brain”.

As hamburgers were introduced to Asia, the Chinese have taken to calling it “汉堡包 (hàn bǎo bāo),” the Japanese “ハンバーガー (hanbāgā),” the Koreans “햄버거 (haembeogeo),” and the Malays, simply, “hamburger.” It is not always obvious to native language speakers that they are actually using loanwords due to their normalisation and ubiquity within their own language. An assimilation of languages has thus occurred. Is this the way to subvert translation, then? To simply borrow and adapt? Are there any merits to subverting translation, though? And is there even such a need?

Translation may not necessarily only entail a loss of information, but also a gain in insight; it helps us detect what we lose when switching languages.


At the very core, translation is an act performed in an attempt to understand. I would not say that it transcends boundaries, but it definitely serves as a bridge between cultures, societies, and individuals. Especially in our contemporary world of continual, rapid globalization, translation would certainly be viewed as necessary and a tremendous boon for cross-cultural exchange. Regardless of its imperfections, it is a powerful tool imperative to navigating the modern age. However, could translation also be viewed as an attempt to compel others to conform? To exert cultural dominance? By force-fitting another language into the lexis and linguistic rules of another, are we disregarding the nuance, context and historical origins of the source language and imposing that of the other upon it? No language exists in isolation. As various cultures interact, so do languages. And in our current world that adheres to the upward trend on pluralism, it is our imperative to be discerning of both the gains and losses when we attempt to translate one to the other, to be aware of the value that lies in understanding the original language, to realise that a language is more than its technical make-up and carries the weight of its history and culture, and to be aware of the subtle ways it influences how we interact with the world.  f 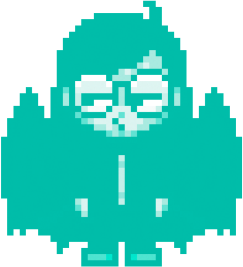 Angelica Ong:(BFA 2023) dreams of teleporting, freezing time and having a bottomless pit of a stomach.
← Back to F Newsmagazine
巛
が
왜
辶