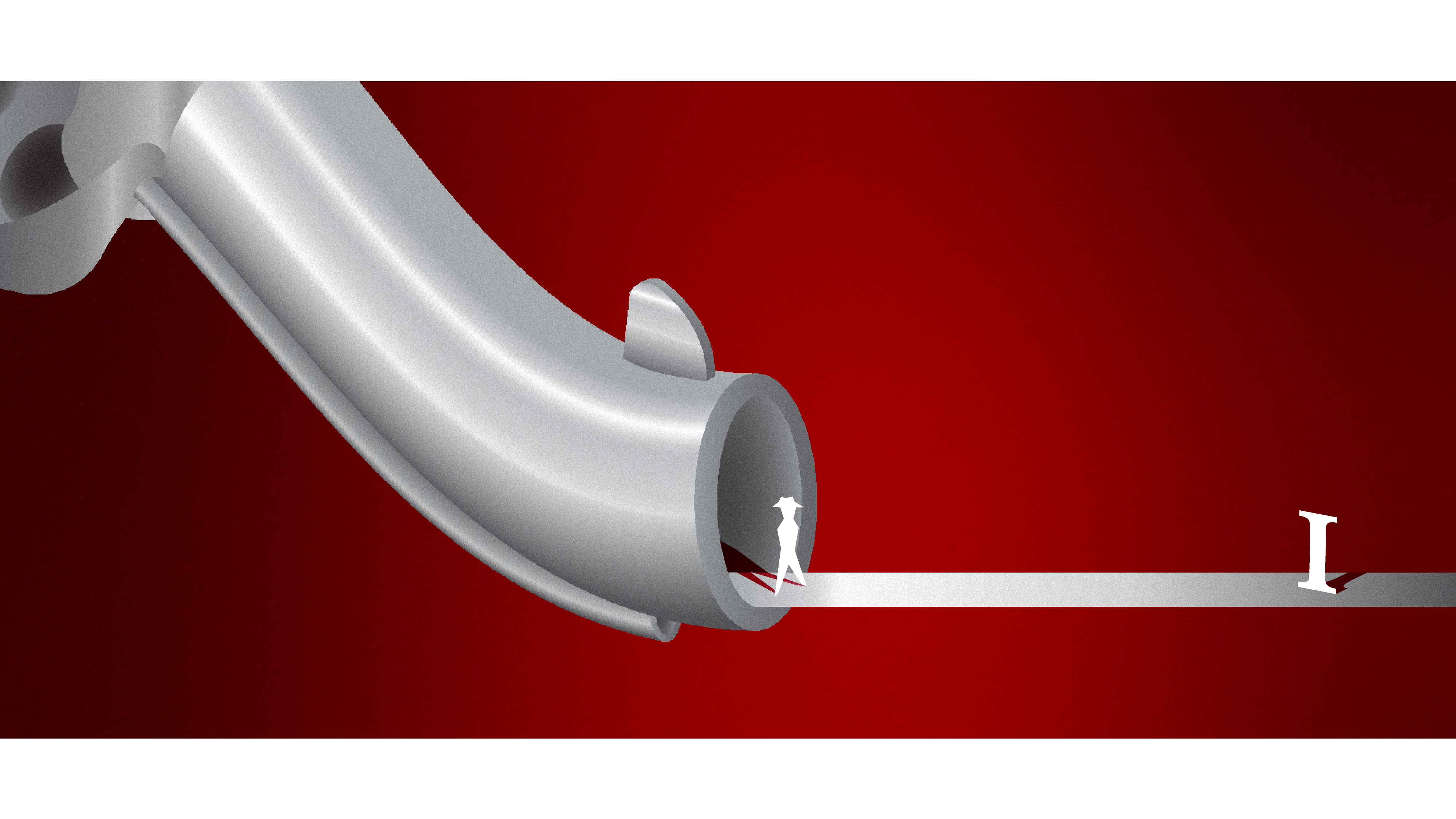 When I think about Martin Scorsese’s 2019 mafia epic “The Irishman,” my mind floats over the first three hours and lands on a moment roughly 30 minutes before the film’s conclusion. By this point, viewers have already been treated to the well-trodden greatest hits of wiseguy life, familiar to any viewer who has seen “Goodfellas” or “Casino.” The film’s last half hour does away with that familiar formula, trading it in for something decidedly quieter and darker. In this scene, the film’s hitman protagonist Frank “The Irishman” Sheeran (Robert De Niro) is an old man living a solitary life in a nursing home. He is now the only living person left with any connection to the mysterious death of Jimmy Hoffa, a topic on which Frank remains unwaveringly tight-lipped, even in his old age.

The scene is unconcerned with the splashy details of that infamous disappearance. Here, Frank meets with his now-adult daughter Irene (Stephanie Kurtzuba) with the intention of enlisting her help in reconnecting him with his other daughter Peggy (played by the criminally underused Oscar-winner Anna Paquin). Peggy has refused to speak to her father ever since Jimmy Hoffa’s disappearance, which she is (rightfully) convinced her father carried out.

Irene pushes Frank to explain why he so desperately wants to “just talk” with Peggy, finally causing Frank to stumble through the admission that he wasn’t a good father to his two children. “I was just trying to protect her, protect all of youse,” he says as Irene begins to cry. “Youse had a very sheltered life, in a way, because you didn’t see what I see.” Scoffing, Irene tells her father, “You have no idea what it was like for us. I mean, we couldn’t go to you with a problem ’cause of what you would do.” Frank, stumbling through the conversation, asks his daughter if there’s anything he can do to “make up for it,” and she exhales. She says nothing, and the viewer knows it’s too late.

This moment, and those in the 30 minutes that follow, could have made “The Irishman” a spectacular film. Gone was the flashiness that I have come to expect from Scorsese’s mafia films — protagonist as narrator, hysterical woman, a man with rings expressively eating a bloody steak, Motown music. The film’s final moments do away with the dogged presence of music, of montage, of Scorsese’s unique brand of violence-tinged sleekness, lingering instead in the mundane. We watch as a much older Frank shuffles around in a humdrum resignation to his lonely life. Frank is confronted over and over again with the fruits of his wiseguy lifestyle: complete and total obscurity.

That’s the problem. To get to these delicate moments, viewers have to slog through over three hours of the same old story.

There is hardly a mafia myth more tantalizing than the mystery surrounding Jimmy Hoffa. In the Metro Detroit area, Jimmy Hoffa is as good a ghost story as any other. I grew up five minutes away from the location of his last known sighting — the Andiamo’s on Maple and Telegraph in Bloomfield, Michigan, known as the Red Fox when Hoffa visited. I still delight in sharing this minor piece of mob trivia to out-of-town friends: “That’s where Jimmy Hoffa disappeared!” Hoffa’s is a story so saturated with theories and conspiracies that it’s practically begging to be deconstructed, made unglamorous.

Scorsese based “The Irishman” on Charles Brandt’s narrative nonfiction book “I Hear You Paint Houses,” telling the story of Hoffa’s disappearance through Sheeran, a mob hitman whose own indoctrination into organized crime led him to Hoffa. The film unfolds within the standard Scorsese mob film formula but promises a twist: It follows the doomed wiseguy beyond his inevitable prison time all the way to the nursing home. In a longform tracking shot that mirrors “Goodfellas,” the film sets this tone in the first scene as the camera glides through the decidedly unglamorous hallways of an assisted living facility set to the swaying croons of “In The Still of the Night” by The Five Satins.

It is here that we first meet Frank, ancient and alone. It is from this location that he tells his story in narrated flashbacks. As a viewer, you know you will eventually return here; the ravages of time are at the forefront of “The Irishman.” Even in the glowing din of Frank’s memory, any new wiseguy is introduced with an expiration date: A subtitle flashes briefly onscreen listing the date and method of their often violent death.

Telling a story as infamous as Hoffa’s makes for a film in which death is always at the forefront, always coming. But bizarrely, the immensity of death and the feelings that mimic it — isolation, obscurity — are only felt well after the climactic moment in which Hoffa dies. The real story, as Scorsese himself has confirmed, exists in Frank’s retirement. “It’s all about the final days,” he relayed to The New York Times. “It’s the last act.” I’m inclined to agree; this is the real story begging to be told through “The Irishman.” But “The Irishman” ultimately comes across as two warring films — the familiar, punchy wiseguy story that Scorsese has been making since “Goodfellas,” and the more interesting story of misplaced loyalty and its disastrous effects.

What “The Irishman” fails to do is something that any genre-defined director must attempt to do: extract itself from the formula that has worked so many times before. The story of Jimmy Hoffa is a rich vein for Scorsese’s signature style, and I can hardly chide him for languishing in the retelling of that most-infamous story. But it comes at the sacrifice of a much more interesting story, one that Scorsese himself seemed to believe he was telling. I can’t imagine that this is the last we’ll see of Scorsese’s mafia bildungsroman, but I hope that this is a step, if a clumsy one, away from the “Goodfellas” formula into something different. That might be too much to ask.

Entertainment, Featured The Irishman: Where Have All The Wiseguys Gone?
« Previous Story