Youth in the Streets, Change in the Air

From the 2019 Chicago Youth Climate Strike, to the status and future of clean energy in Illinois. 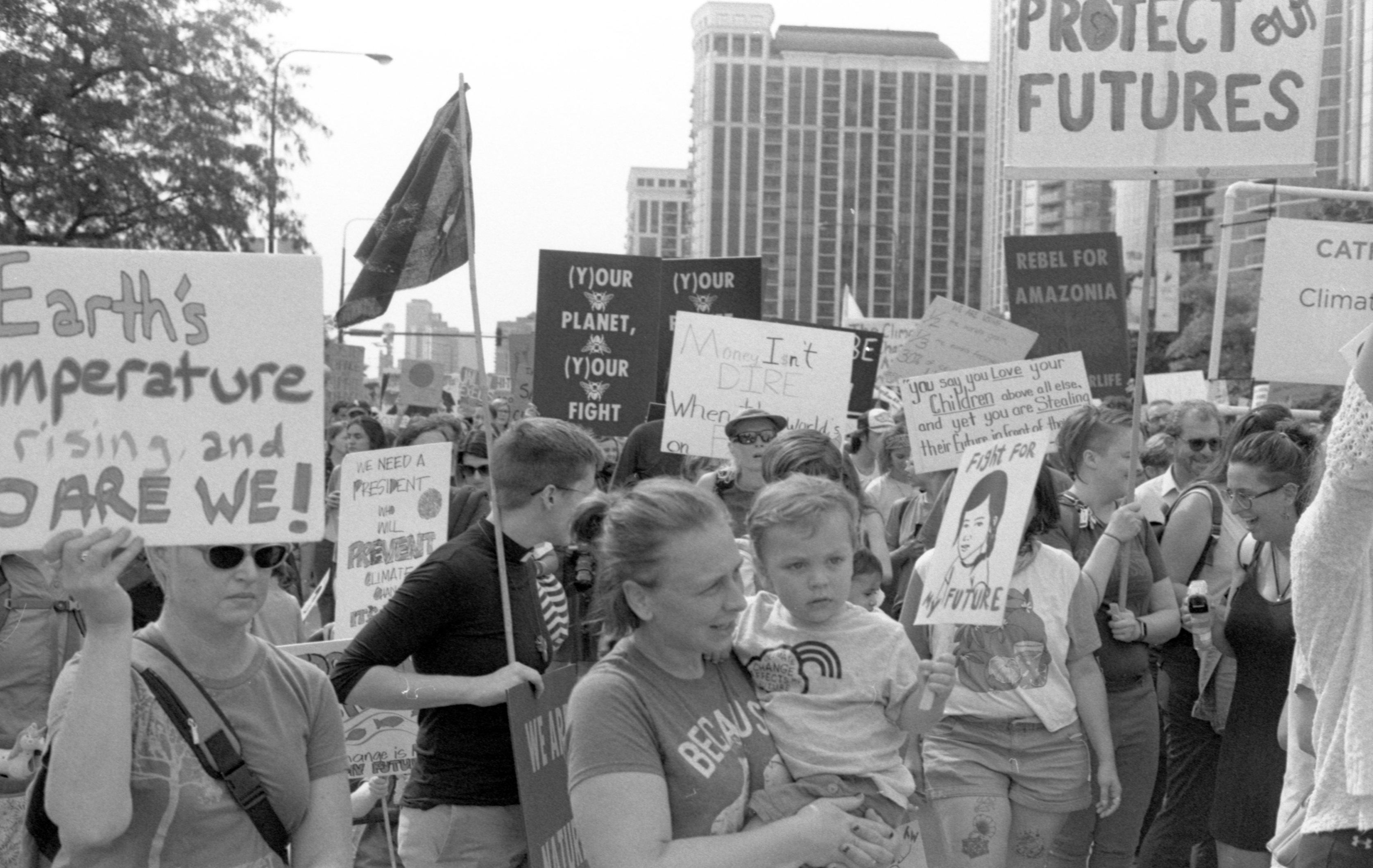 Local police estimated up to 3,000 protesters marched from Grant Park to Federal Plaza at the Chicago Youth Climate Strike on Friday, Sept. 20. This movement has become notably youth-based; middle school and high school students all over the country were released from class to attend the strikes. A majority of the crowd that gathered in Chicago were members of the younger generation. Young strikers marched to demonstrate their stance on the trajectory of the earth’s future and their own, as the effects of global warming will be felt much more by millennials and Generation Z. F Newsmagazine spoke to five different organizations combatting climate change in their own ways, from local to national levels.

One locally-based humanitarian organization present at the march was Warehouse Workers for Justice (WWJ) which, according to their website, “helps educate workers about their rights, teach them how to enforce their rights, and if there isn’t a law in effect we try to change laws in order to help the worker.” WWJ  is based in Chicago and Joliet, and has done multiple studies on the effect of warehouse fumes on workers and surrounding communities. They found that 21 percent of adults living in a Joliet neighborhood next to a warehouse had asthma and respiratory issues. This prompted WWJ, along with 102 other organizations, to participate write an open letter to Amazon CEO Jeff Bezos preceding the strike. The letter urges him to transition Amazon to a zero-emissions plan, to stop donations to lobbyists and politicians that deny climate change, and to stop working with oil and gas companies. 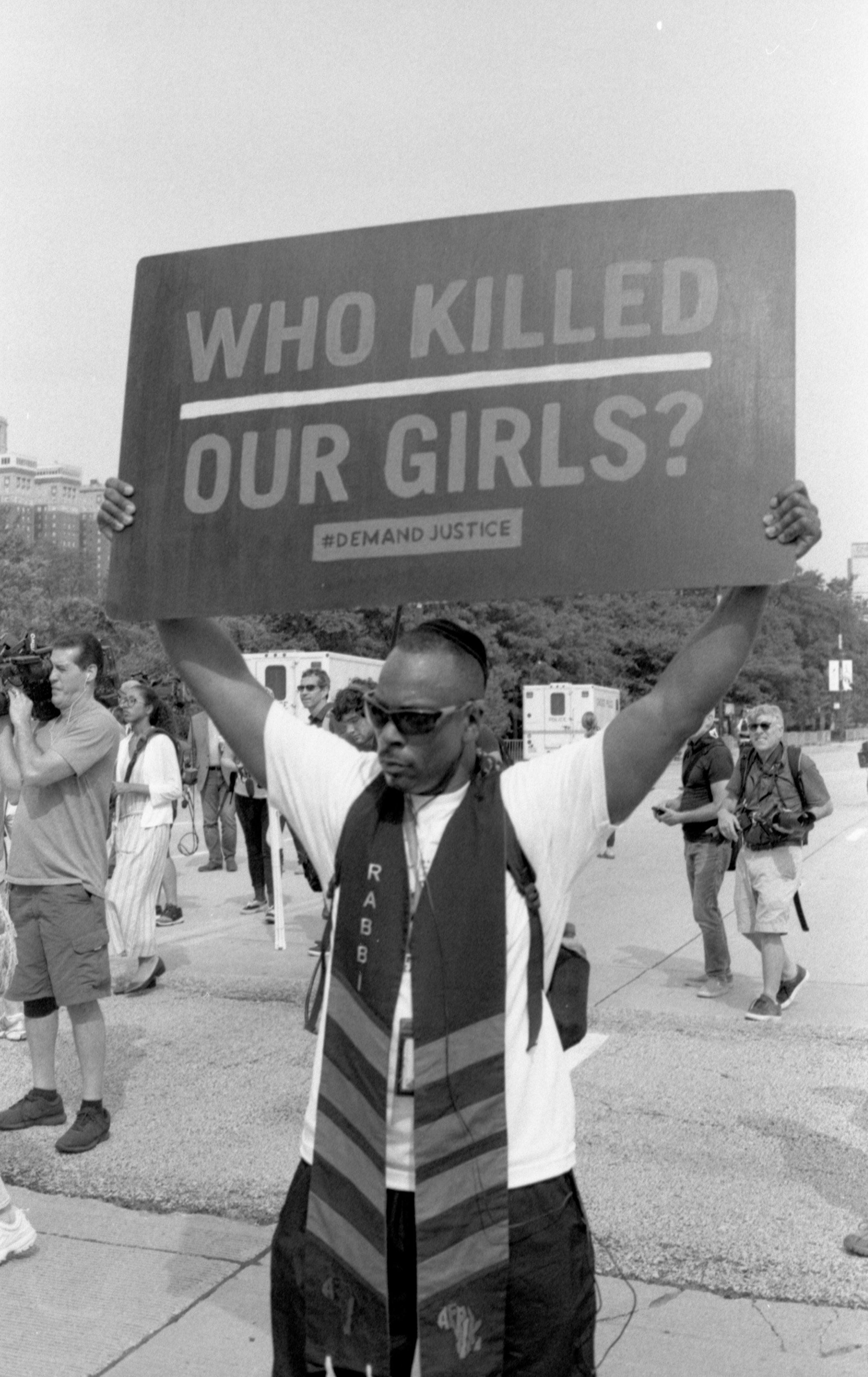 Rabbi Michael Ben Yosef, seen at the front of the march holding a sign saying “Who Killed Our Girls?” is the president of Tikkun Chai Inter-National, a local humanitarian organization that works to refuse fascism, reform prisons and mass incarceration, and combat climate change.

“This advocacy is to demand the FBI, and Chicago Police Department to launch an investigation in what we believe is a serial killer at large,” Rabbi Yosef told F News, citing the over 50 unsolved murders of women of color that Chicago has seen since 2001. Yosef’s organization came to the strike not only in solidarity with those who marched, but to garner media coverage for this local and national issue: There are an estimated 64,000 women of color missing in the US, and this number has been growing since 2014. “We have an epidemic. My work is pushing the issue, getting the media coverage,” said Yosef. 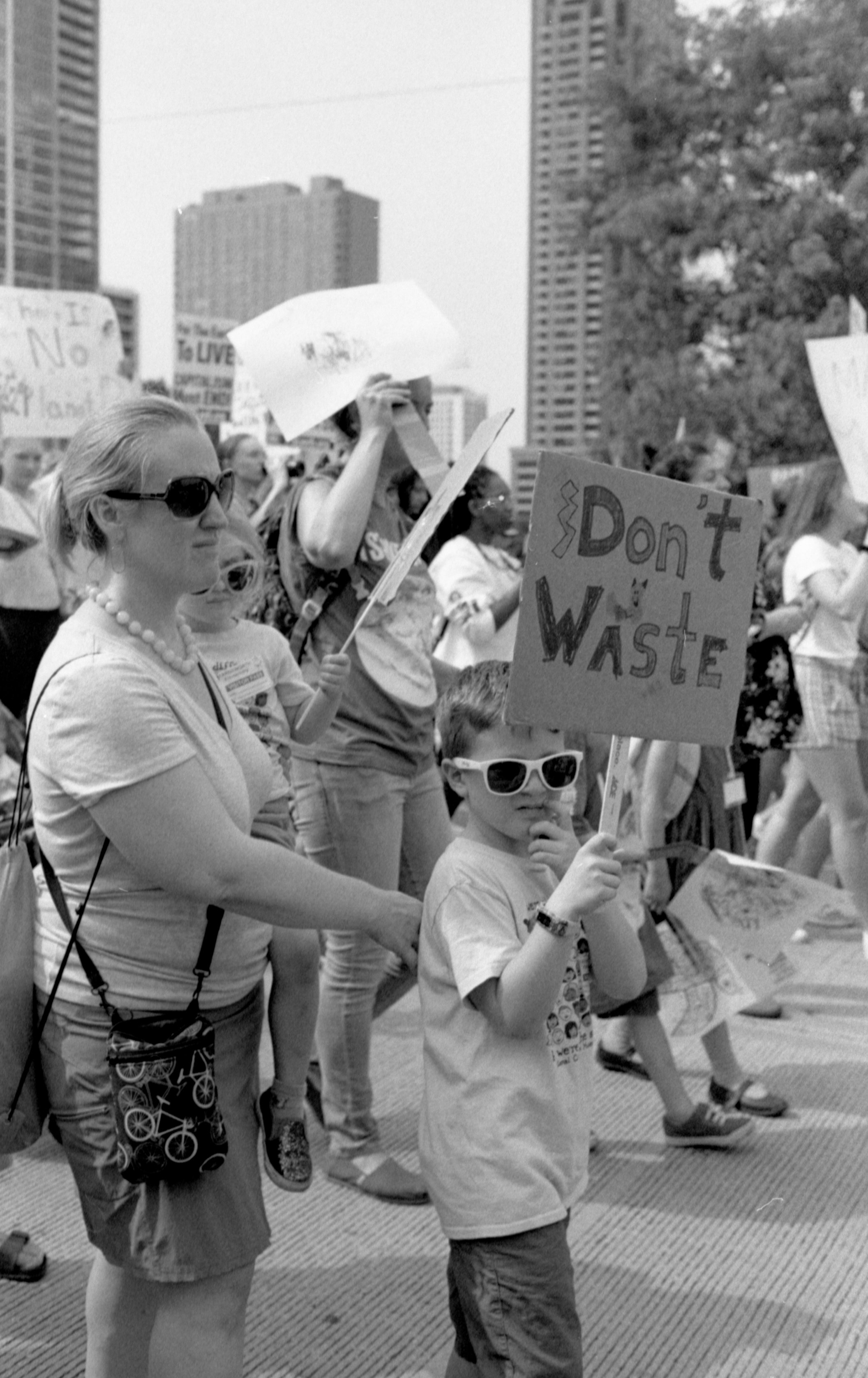 One major discrepancy within the climate change movement is the dispute over nuclear energy. Some believe that advocating for nuclear energy is slowing research and funding of renewable energy sources such as hydropower, geothermal energy, and solar power, while others believe that nuclear energy is the cleanest and most available alternative to fossil fuels. This is especially significant here in Chicago because Illinois has 11 nuclear power plants, which is more than any other state in the country. According to U.S. Energy Information Services, nuclear energy accounts for 8 percent of our total consumption in the U.S., while renewable energy sources account for 12 percent.

Alan Medsker, volunteer and member of GA, argues that although there have been a few high-profile accidents, nuclear energy offers the most efficient alternative to fossil fuels, as it is already established. “A pellet of uranium dioxide fuel is a million times more energy dense than a piece of coal,” Medsker says. “We need the big guns as well as the little guns. The little guns are the renewable intermittent sources — we can plug those in different places and have them work well, but they won’t do the heavy lifting.” He also says that in order for the U.S. to hold its leading place with nuclear technology, it needs to catch up with Russia and China. Falling behind could risk a policy influence that we need to hold on to. “Climate change is a crisis, and we need to act like that,” Medsker states.

On the other side of the debate, NEIS has been active since 1988, when they gave their first climate presentation on why nuclear energy can’t solve the climate crisis. Said founder and director Dave Craft, “The industry wants to save itself and get a lot of the money that would otherwise go to renewables, so if you really want a renewable energy future you can’t keep investing in nuclear power. They’ve been the biggest barrier to renewable energy in the past 30 years.” Although the Chicago-based Exelon Corporation claims that “nuclear power makes a clean energy future possible,” Craft says that this energy corporation is the biggest lobbying group in Springfield, Illinois, and has done the most to delay getting more renewable energy online than any other state. NEIS is working to inform the public about the dangers of nuclear energy and its lobbyists and corporate heads working to suppress the development of renewable energy sources.

Greenpeace was also very present at the strike, offering a theatrical way of informing people about the root of climate change today. Volunteers and employees of Greenpeace came outfitted in black, operating huge puppets with the faces of major CEOs in the fossil fuel industry — Bob Dudley, Darren Woods, Michael Wirth, and Ben Van Burden, to name a few — depicting them holding bloody bags of money and hourglasses.

F spoke to Kirsten “Jovie” Helvita, campaign coordinator for the Greenpeace USA Chicago chapter. “Greenpeace is known for that,” said Helvita. “Creative, direct action [is] in our work, so we came up with these awesome fossil fuel puppets. We work to hold corporations accountable and it’s really a handful of fossil fuel corporations that have put us in this detrimental spot in the climate crisis, so calling them out and showing that there’s a stark contrast between the thousands of youth here today and the handful of fossil fuel billionaires that stand in our way of a renewable future.”

For more information on volunteering with Greenpeace, visit https://www.greenpeace.org/usa/get-involved/.

Climate, News Youth in the Streets, Change in the Air
« Previous Story