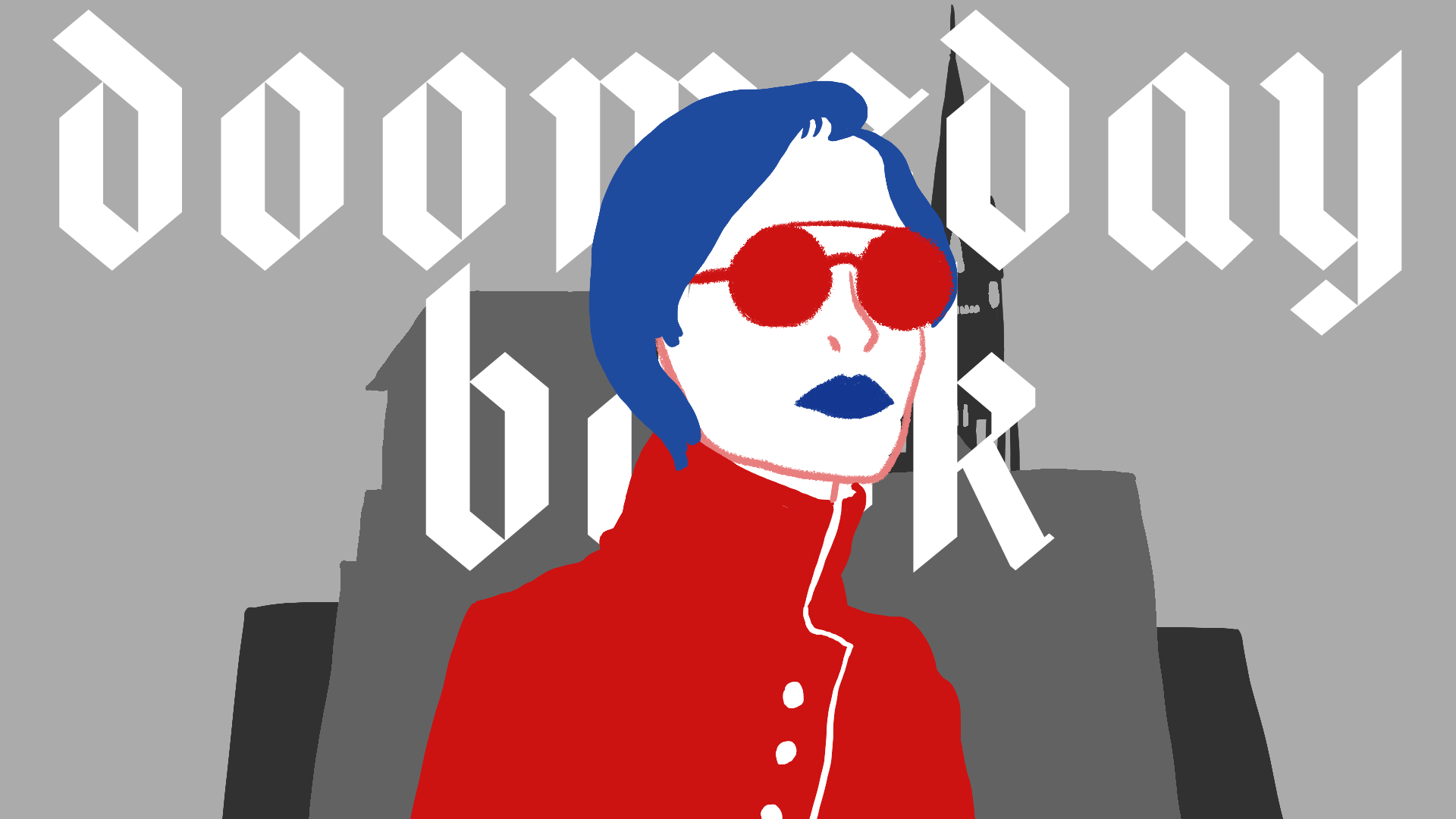 Watching period pieces, I often feel like something is missing — something at a level beyond costumes, production design, even dialect. What was it really like to live in a different time and place? Can we, today, really get into the mind of a culture to which we have no access?

I imagine that science fiction writer Connie Willis had a similar complaint in mind when she began her “Doomsday Book,” published in 1992. The novel’s central conceit — a time-traveling historian — brings our modern perspective out of the periphery and into the central focus. Kivrin, the main character, is a student of medieval history at Oxford in the year 2054. Her destination is 1320, two decades before the Black Plague swept Eurasia and killed an estimated 75-200 million people. She travels back to the Middle Ages to study how people truly lived then. No longer are we allowed to take any modern assumptions for granted. Willis explores the past through the eyes of a modern person, instead of dressing up contemporary assumptions in old-timey costume, creating a fascinating comparative study of past and present perspectives.

The past, in this timeline, is deeply parallel with the present. The 2054 Kivrin comes from is recovering from its own Pandemic, over a decade before. The details are never explained, but it is implied that the population was greatly reduced; medical paranoia is rampant as a result. Immediately after she departs, a new epidemic overtakes Oxford, and the city is quarantined. The narrative moves back and forth between Kivrin’s time in the Middle Ages, and her professor, Mr. Dunworthy, who is trying to bring her back in the midst of the crisis.

Every well-constructed book is built on a set of assumptions. Willis’s are deft and confident. There are fundamental things she doesn’t waste textual time questioning or explaining. So, as a reader, I didn’t question them either. Her well-laid assumptions regulate a potent assortment of elements — historiography, religion, epidemiology, science fiction — creating a solid foundation to explore them all.

Modern technology of 2054 is name-dropped without explanation, medical procedures are not translated, slang is thrown at us as if we live in that time. It’s immersive. (Some tech updates are amusing pieces of retrofuturism — video calling is commonplace, but there is no central directory (internet) to find out people’s videophone numbers.) Even the machine at the center of it all — the time machine! — gets no explanation. There is no history of how it was invented, or how it even works. The assumption here? This is not a science fiction mythos, and Willis does not want us to think of it as one. Where other writers might have indulged in explaining the complexities of their careful fantasy worldbuilding, she does not. This is everyday life, and the technologies are just what furnish the human story.

I was impressed by her confidence. I often find myself writing complicated plots that could potentially peel off in different directions. There is a temptation to couch my characters’ decisions in shoulds, coulds, maybes. But justifying or over-explaining is just an expression of my own uncertainty. Willis’s rock-solid assurance made the world complete and the experience immersive.

The characters share a baseline Christian belief, in both 2054 England and medieval England. This was a surprise for a reader like me, in our secular era, but it makes sense considering the devastating Pandemic that has just swept this version of the 21st century. In dark times, we depend on our beliefs.

The characters’ religion is not an innocently accepted doctrine: It’s an organizing system of knowledge to understand a chaotic world. No one understands why bad things happen, and many medieval (and even modern) characters question why God is allowing or causing sickness to spread. Yet the narrator permits no crises of faith. There is no moment where anyone questions whether God or Heaven or Hell truly exist. That question might occur to us, modern readers in our secular time, but not to people from this world. Questioning it would poke holes in the underlying framework that Willis needs in order to make a more nuanced exploration of belief.

Another ground-rule, one that I didn’t notice until well into the book, was that Kivrin never thinks about her past. We have no idea where she’s from, what her childhood was like, or what her reasons are for wanting so badly to visit the Middle Ages. She’s not special — she’s just good. She becomes an everywoman. This is a noteworthy choice for a female protagonist.

But that lack of history, once I started looking, extended to everyone. No characters think about their childhood, their family, their homes. The professors at Oxford, Dunworthy, the doctors, no one thinks outside of their life at the university. The only moments of recollection are about the Pandemic, and there are few. When characters are delirious with fever, they lose all recognition of those around them. Nobody has a history. There is only the present.

This does two things: First, it raises the urgency in the reader. By the time I reached Part Three, I couldn’t put it down. Second, it puts the two eras, future and past, into intimate parallel.

Conventional narrative wisdom has it that your protagonist must come into the story with a “wound,” something they seek to recover from — Odysseus’s years in the Trojan War, Harry Potter’s dead parents, Ahab’s leg. In the “Doomsday Book,” the wound afflicts their whole society. 2054 is a culture whose memory has been dealt a fatal blow. Kivrin’s journey, and Dunworthy’s journey to bring her home, become a story of cultural healing.

Hope is at its most powerful and gutting in the darkest times. This book describes those times. As I sobbed my way through the last 200 pages of the “Doomsday Book” in a single night, I understood that: Hope is not some slippery, unattainable ideal. It seems like it should be, but it isn’t. Hope comes from rock-solid belief, a belief so fundamental there is no place to question it. Hope is not something to be snuffed out and rekindled. It burns, even on the coldest tundra, and that is the most fearsome and wondrous thing at the core of humanity.