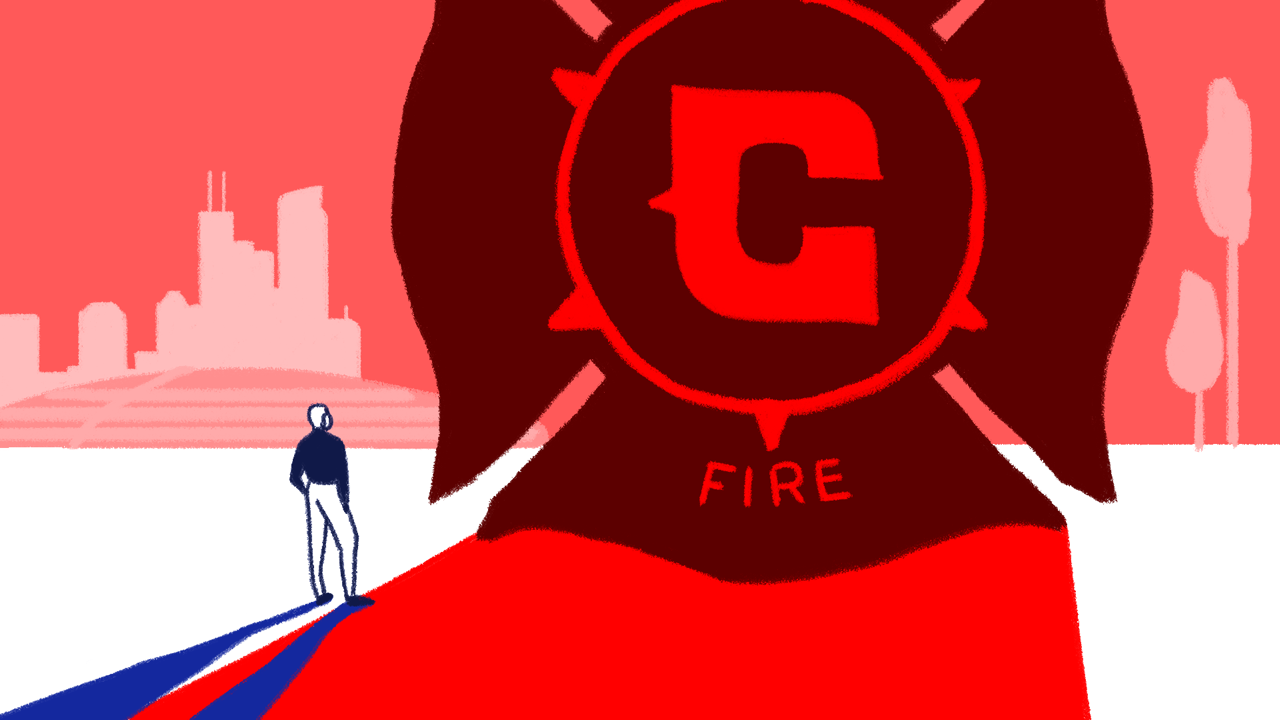 On Sept. 13, the Fire, Chicago’s Major League Soccer (MLS) team, announced that owner Andrew Hauptman has sold his controlling share of the team to billionaire Joe Mansueto, owner and founder of Morningstar, a financial services company headquartered in Chicago. Mansueto, who previously owned 49 percent of the team, and now takes over as sole owner, will also take over immediately as the team’s chairman and chief decision maker. The announcement comes as the team wraps up another moribund season, the eighth season out of the last ten in which they will miss the playoffs.

Manseuto is expected to bring changes from the top down, to reverse the course of a franchise that many Chicagoans forget is even here. The Fire were MLS champions in 1998, their first year in the league, and made the playoffs in all but one of their first 10 seasons. Since Hauptman took over in 2007, the team has only made the postseason five times in 13 years. Excepting the Cubs, Chicago’s “lovable losers” (excepting the 2016 World Series championships), local sports fans won’t accept those kind of results for long. In a city that is home to an Original Six hockey team, the Superbowl Shuffle, and the Michael Jordan-era Bulls, being so consistently on the wrong side of the score sheet is reason enough to quit caring, or to never start caring at all.

Compounding the problem on the pitch is that the Fire have been playing their home games in Bridgeview since 2006. Most fans can’t be persuaded that going further afield than Midway Airport is worth the trip to see your hometown squad probably lose. The Fire were second-to-last in attendance last season (averaging 14,708 fans per home game), and are on pace for dead last this season (11,986 per game, down nearly 3,000 from last year), despite a stadium that seats up to 28,000. Among the major sports teams in Chicago, the Fire rank last in fan attendance behind the Bears (62,435), Cubs (38,222), Blackhawks (22,734), White Sox (21,667), and Bulls (20,084). Chicagoans have made it clear that they are not interested in traveling to the suburbs for their sports.

First on Mansueto’s to-do list is wrapping up a deal with the Chicago Park District to move the team back to their original home, Soldier Field, which they’ll share with the Bears. Soldier Field seats more than 66,000 fans, and is an easier trip for most — it’s closer to home and public transportation, located between the Museum Campus and McCormick Place. The team has eyed this move for some time now, working out an agreement with the Village of Bridgeview to end their time there, and now working with the Chicago Park District to finalize a deal that could put them in Soldier Field by the 2020 season. While the move to bring the team back into the city would not cure all of the Fire’s woes, it shows the sort of momentum and commitment to change that fans want to see out of the new ownership.

If the Fire want to seem relevant in the city again, they will have to start winning, and start doing it soon. The team made waves in early 2017 by bringing in German superstar midfielder Bastian Schweinsteiger, a World Cup champion (2014), but the buzz around the former German National Team captain has subsided with the rise of other big name international players in other major markets, like Swedish goal-scoring powerhouse Zlatan Ibrahimovic in Los Angeles, and much-beloved English forward/midfielder Wayne Rooney in DC. At age 34, and earning $5.6 million (over $3 million more than the next highest-paid player on the team), Schweinsteiger must produce more than his one goal in 27 appearances in 2019. Also of concern is the age of the Fire’s top strikers — both of the team’s top goal-scorers are in their 30s (C. J. Sapong, 30, and Nemanja Nikolic, 31), and there are questions about how long they will continue to be effective. There is hope, however, in some of the younger legs on the team. Fabian Herbers, 25, Raheem Edwards, 23, Aleksandar Katai, 27, and U.S.-born Djordje Mihailovic, 20, have all tallied goals for Chicago in 2019, and seem to be poised for an improvement and increase in playing time in 2020. In a few weeks, as the season closes, fans can also expect the Fire to be active in acquiring and developing new talent.

In taking over for the deeply unpopular Hauptman, who was (not without reason) a scapegoat for the Fire’s recent problems, Mansueto is picking up a commodity at a low ebb with high potential — a sound financial strategy. If he can translate that sort of savvy into improved quality on the pitch, and finishing the move back out of the suburbs, his chances seem good for a high yield return on investment. Chicago Fire fans are putting their hopes in those chances, too.