In season 3 of the nostalgia-soaked series, “Stranger Things” breaks apart the Mystery Box method of storytelling. 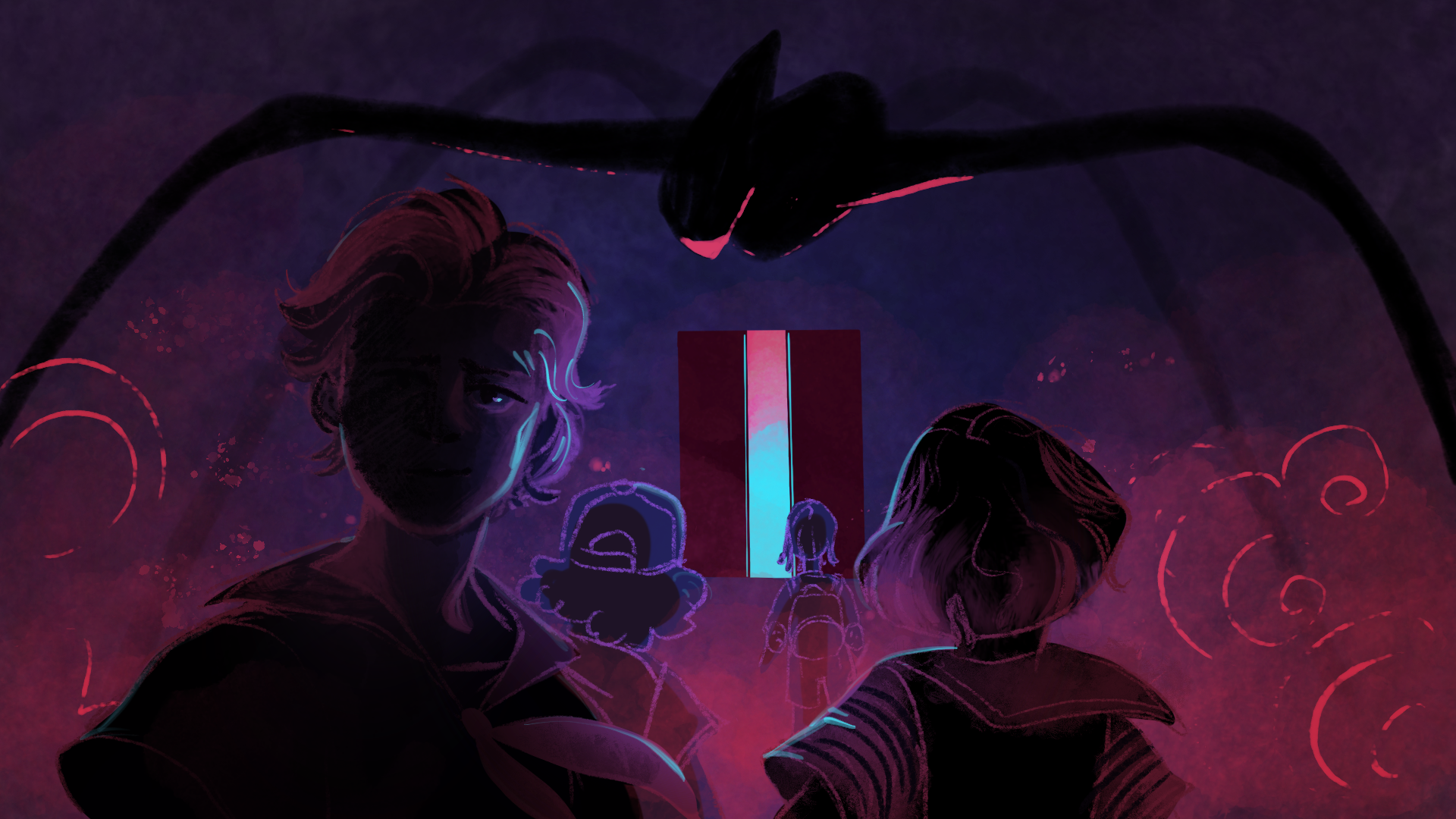 “Look — it’s Star Wars.” “It’s Alien.” “That’s Back to the Future.” “Star Wars again!” If you, or perhaps Soviet spies, hid a bug in my family’s living room last month, that would have been the dialogue you overheard while we watched Season 3 of Netflix’s nostalgic ‘80s sci-fi smash-hit “Stranger Things.” It would take months to tabulate the show’s number of pop cultural quotations, both visual and literal. But these familiar tropes are just one part of the “Stranger Things” audience-engagement strategy. The series is popular not just because it’s nostalgic (do you see a dedicated mainstream following for “Ready Player One”?) but because of the many ways that it fosters imaginative participation.

Season 3 follows two main storylines: the return of the Mind-Flayer, and the secret Soviet research base. Teens Nancy and Jonathan are working for the Hawkins paper, and investigating creepy events around town, while the kids, Eleven, Max, Mike, Lucas, and Will, are following Billy, believing him to be possessed by the Mind-Flayer. Meanwhile, Chief (“Fat Rambo”) Hopper and Joyce follow a corrupt mayor and a magnetic disturbance to uncover mysterious Soviet activity in Hawkins; at the same time, Steve, Dustin, Erica, and new character Robin follow a mysterious Russian radio code to discover the secret Soviet research base under the new shopping mall.

Like its first and second seasons, Season 3 of “Stranger Things” employs the “many teams assembling the pieces and bringing them together” plot model, and once again, it works. The cast is split into these four groups, each trapped in a separate film genre: the teens are investigative journalists in a horror film; the kids are in a smalltown monster movie; Joyce and Hopper are in a Cold War spy thriller; and the “Scoops Troop” are, put simply, in “Star Wars.”

Eventually, each team’s line of questioning converges. Kept separate like this, each group of characters has room to breathe and grow, and work out internal arcs of their own. When everyone comes together at the end, it doesn’t feel like a hacked-together “Avengers, assemble!” moment, but a final resolution grown out of smaller ones.

The show has a pleasing method of making its narrative shapes obvious, open, and malleable in a way that encourages discussion rather than provoking shock. This is especially evident in the way they unfold their seasonal mysteries. Sci-fi writer-director J.J. Abrams has a famous TED talk about what he calls his “Mystery Box” model of storytelling. His approach to storytelling is to show the audience a locked box, and build their curiosity about the story around this tantalizing mystery. “It represents infinite possibility. It represents hope. It represents potential.” If you’ve seen Abrams’ work, like “LOST,” “Star Trek: Into Darkness,” or “Super 8,” you know that this narrative format can be… something of a letdown. By the time you finally open that box, the anticipation is infinitely higher than the payoff.

Even worse, it’s a superficial way of structuring your mystery. All the power is in the hands of the writers, and the viewer is completely at their mercy. They’re made passive. It’s a question of your goal as a creator. Do you aim to engage your audience, or simply to wow them? Do you consider your viewers your equals, or do you just enjoy hoodwinking them?

“Stranger Things” does not follow this Mystery Box model. Instead, it lets the viewers in on the joke. In the first episode of Season 3, when Dustin returns home to find his toys coming to life, the camera shows us his friends hiding, with El moving the toys telepathically. Later, when Nancy begins investigating the strange behavior of the rats in Hawkins, we already have an idea of what’s wrong. When the kids notice Billy’s strange behavior, we already know he’s been possessed. “Stranger Things” doesn’t try to hoodwink us. It lets us know where it’s going, and keeps us hooked with dramatic irony: we know things the characters don’t.

Compare that philosophy to HBO’s recently deceased “Game of Thrones,” which thrived on its ‘unpredictability’ until, well, it didn’t. When every plot development relies on twist and shock, the audience can’t discern any rules. Without rules to fit their expectations into, those expectations run wild. This is the problem with hard-to-predict, high-concept shows like “Game of Thrones,” “Westworld,” or “LOST.” We feel like the creators are leading us around blind corners, and never get to feel we have any role in the story ourselves.

By giving us the pieces and letting us assemble them a few steps ahead of the characters, “Stranger Things” invites participation in the construction of its own tale. When we can see the structure, we think about how it’s made. This approach creates a more committed market — a factor which should not be ignored — but is also, I think, more artistically responsible. It’s more creatively stimulating for viewers, and part of what makes the show such a fun, communal experience. It’s one of the few shows viewers watch in groups, which is a rarity in 2019.

Beyond its open mystery structure and its irresistible cast of characters, “Stranger Things” draws viewers in with its use of liminal fantasy spaces. Each season divides its time between Hawkins and secret spaces hidden within, between, and amidst the everyday. Kids love this idea — that under, behind, or just next door to their ordinary life, a secret world lies in wait. Series like The Chronicles of Narnia, His Dark Materials, Harry Potter, and even The Neverending Story appeal to this fascination. Adult media continues the exploration of this dark liminal space in series like “Twin Peaks” or Jordan Peele’s films “Get Out” and “Us.”

In “Stranger Things,” a show for both kids and adults, those spaces are a mix of danger and intrigue. The Upside-Down, El’s telepathy dimension, and in this season, the secret Russian base under the Starcourt Mall. Danger seeps out from this Lynchian underbelly, in the form of the Demogorgon, the Demadogs, the Mind-Flayer, Russian transmissions, hands tearing through the wall, or flickering Christmas lights. Every season, our heroes force the darkness back, but the underworld continues to exist.

This is just what we want from fiction, kids and adults alike: the reveal of something secret and magical and a little dangerous underneath our everyday life. What Cold War kid doesn’t want to discover a secret Russian base under the town mall? The spaces of mystery, fantasy, and intrigue in “Stranger Things” are all around: just next door, seeping from the walls of our own homes; hidden in the static of the radio; right under our feet while we shop at the Gap. These spaces are another avenue for creative participation, one with more structure and space than the closed ‘mystery box.’ They create gaps that invite our imaginations in to fill them up.

Like Entertainment, Featured “Stranger Things” Invites Us To Play Along
« Previous Story