On intimacy, tenderness, and pain in Ocean Vuong’s debut novel. 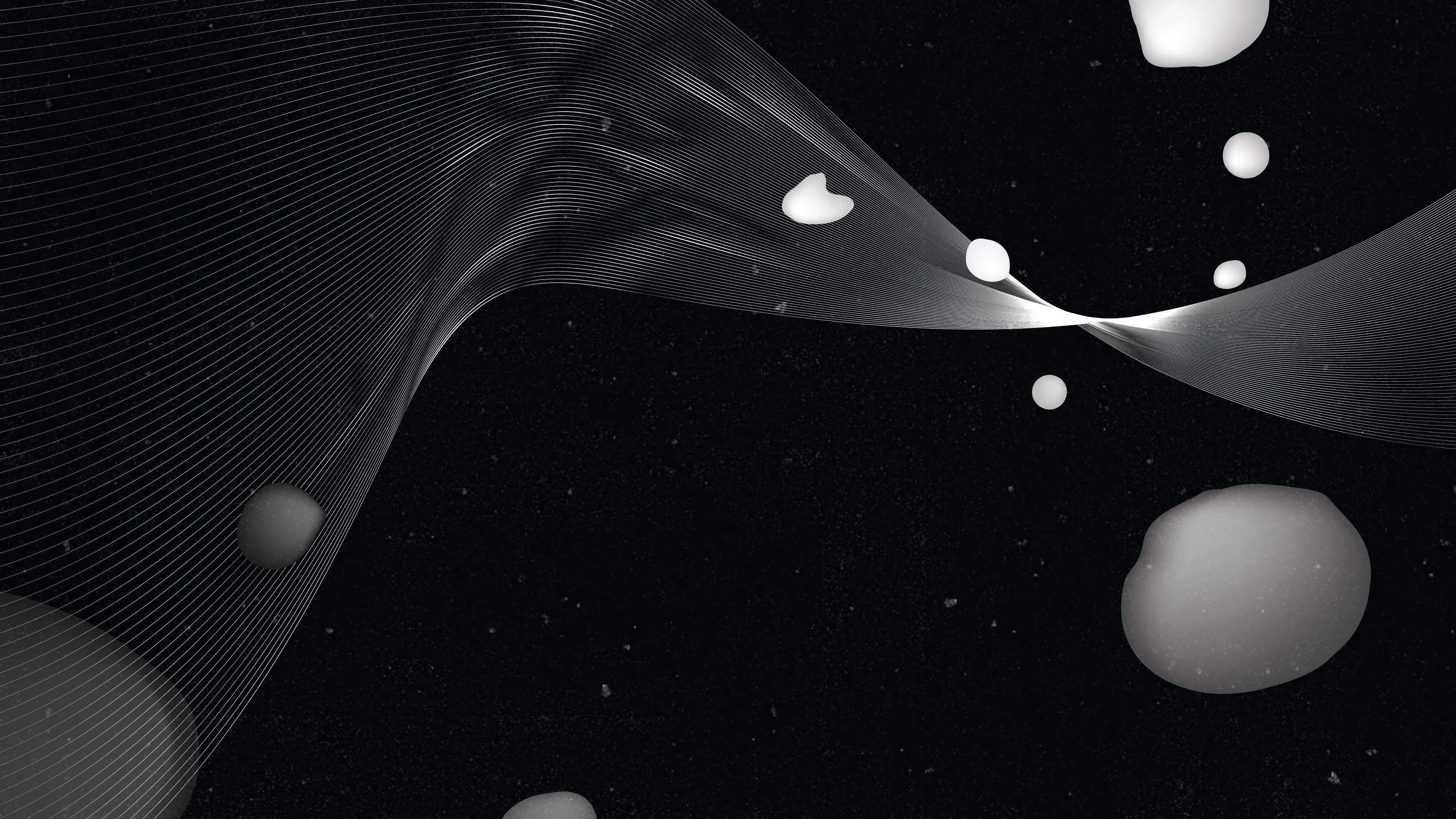 When I first read “Someday I’ll Love Ocean Vuong” by Ocean Vuong, I misread the title and thought I was about to read a wistful love poem to the ocean. Reading the poem, I pictured the line “the most beautiful part of your body is where it’s headed” as a plea to the waves to love themselves for the way they crash into the shore. I realized my interpretation was wrong soon after. But now that I know Vuong’s body of work better, I think something in my first impression holds true, because in all of his work lies a relentless insistence that a current of beauty runs through everything in our fractured world.

As a follow-up to his acclaimed poetry collection, “Night Sky with Exit Wounds,” Ocean Vuong released his debut novel, “On Earth We’re Briefly Gorgeous,” in June of this year. It’s not a traditional novel, but a series of letters that the narrator, Little Dog (based on Vuong himself), writes to his mother, Rose.

Like letters often do, the novel meanders across a series of topics, including race, sexuality, queerness, immigration, life, death, pleasure, pain, loss, joy, addiction, poverty, war, family, and love. He writes about their emigration from Vietnam, his childhood in Hartford, Connecticut, his memories of his Vietnamese grandmother and white American grandfather, his first job working in a tobacco field, his first sexual relationship with a man, his substance abuse – all that’s been unspoken between them.

Little Dog’s mother can’t read. Therein lies the tragedy: if she could understand, he’d never be able to tell her. But her non-understanding gives him the freedom to put in language what’s been cloaked in silence. In one letter he says, “I only have the nerve to tell you [this] because the chance this letter finds you is slim – the very impossibility of your reading this is all that makes my telling possible.”

Little Dog tells us that in Vietnamese culture, “I love you” is not said often. Instead, love is expressed through action. Whenever his mother had extra money, the two of them would spend a Saturday walking around the mall eating a bag of chocolates. Whenever she worked a long shift at the nail salon, he would give her a back massage until she fell asleep. And above all, he was her translator, her lifeline to the English speakers in Hartford: “I promised myself I’d never be wordless when you needed me to speak for you.”

As he gets older, he starts to get bullied. He recounts getting his face slammed into the glass window of the school bus and being ordered to speak English by a white classmate. When he tells his mother about it, she asks, “Why’d you let them do that?” and tells him to stop crying, then slaps him quiet. This abuse flickers alongside the greater violence that has raged across the backdrop of her life: as the child of a Vietnamese woman and an American soldier who were brought together during the Vietnam War, her origins are rooted in war.

Little Dog’s relationship with his mother is characterized by pain as much as it is by tenderness, and although the two have a deep bond, there is also a wide gulf of misunderstanding between them.

This gulf widens when Little Dog meets Trevor, the son of the tobacco farmer for whom he works as an adolescent. Trevor is the type of boy who curses, wears a John Deere cap, and shoots raccoons for fun. Little Dog is quiet and sensitive, trained by his mother to say sorry before hello. The two share deep poverty, an abusive parent, and familiarity with loss, and they are instantly drawn to one another, powerfully and inexplicably, while not yet having the language for this type of magnetism.

While Little Dog fumbles with the language for describing this attraction, it becomes clear that his relationship with Trevor must exist apart from his relationship with his mother. “Do you remember the morning,” he asks her in a letter, “When we found the letters FAG4LIFE scrawled in red spray paint across our front door? … ‘What does it mean?’ you asked… ‘It says Merry Christmas, Ma,’ I said, pointing. ‘See? That’s why it’s red. For luck.’”

At its root, this novel is about transformations.

Little Dog’s relationship with Trevor evolves from a boyish friendship, to a wordless intimacy, to an insurmountable passion. When the two have penetrative sex for the first time, Little Dog describes a feeling of pain that transforms into a “weightless numbness… like a new, even warmer season.” He says it “felt good, I learned when you outlast your own hurt.” This is the pleasure he has failed into, and this is what it means to be queer: enduring the pain of being labeled an “other” in order to forge a blissful existence – a new, warmer season.

That night, he starts to think of sex as “a kind of mercy” and way to be “reclaimed by want.” Sex is a baptismal act that proves, despite being called a fag, despite being demanded to speak English and being ridiculed when it is broken, despite being hit when he cries, that he is worthy of love. And beyond love, he is worthy of desire. Considering how Asian men are chronically desexualized by pervasive, harmful stereotypes, this is a radical assertion.

This scene stayed with me long after reading it, for the words he uses are the words to which I always turn to describe gay sex, the ones that linger from a religion long left behind: holy, sacred, redeeming. What’s there to be cleansed? A residue left from years of believing that my desire was wrong, or that desire would forever happen in another room far away, one that I’d never be invited in to. Each moment of intimacy scrubs some of it off.

In an interview with Waterstones, Ocean Vuong explained, “For queer bodies, we never got the conversation about the birds and the bees. We have to fail into pleasure.” In the novel, sex is more than just a plot point – it’s how Little Dog learns how to desire and to be desired. It’s how he comes into himself: “How can you forget anything about the day you first found yourself beautiful?”

This revelation catapults Little Dog from invisibility into being seen, having agency, and having the imagination and sense of self needed to put his experiences into language. Toward the end of the novel, he tells his mother, “I’m not telling you a story so much as a shipwreck – the pieces floating, finally legible.” This reveals another purpose of these letters: through writing down his story, his mother’s story, his grandmother’s story, and Trevor’s story, he can bring to light all that’s been submerged and take a step towards collective healing for them all. They do not need to be defined by the trauma they have endured – instead, they can choose to be defined by the gorgeous resilience they have demonstrated.

This is what the evocative title of the novel implies. We must mine joy out of the trauma of existence. Don’t run from the hurt – run towards it, and find beauty shimmering in its shadows. As Little Dog says, “In the Hartford I grew up in and the one you grow old in, we greet one another not with ‘Hello’ or ‘How are you?’ but by asking, our chins jabbing the air, ‘What’s good?’ … To ask What’s good? was to move, right away, to joy.”

Purists may bristle at this book being called a novel. But Little Dog tells us, “Memory is a choice.” Little Dog is a vessel through which Vuong can move freely through the time and space of his own memories, constructing his own past, present, and future, constructing a fiction that glistens with truth, through which he can choose to remember, even when remembering feels like a knife in the gut.

Shortly after “On Earth We’re Briefly Gorgeous” was published, I attended a reading by Ocean Vuong. When he spoke, he spoke softly, but he never faltered. Hearing the vulnerability of the text left me feeling exposed. Cracked open. It was as if all of us in attendance experienced a collective molting. Afterward, the auditorium emptied, and I found a friend in the lobby. We took our empty hands and held each other for a moment, then another, then another, and it was good.