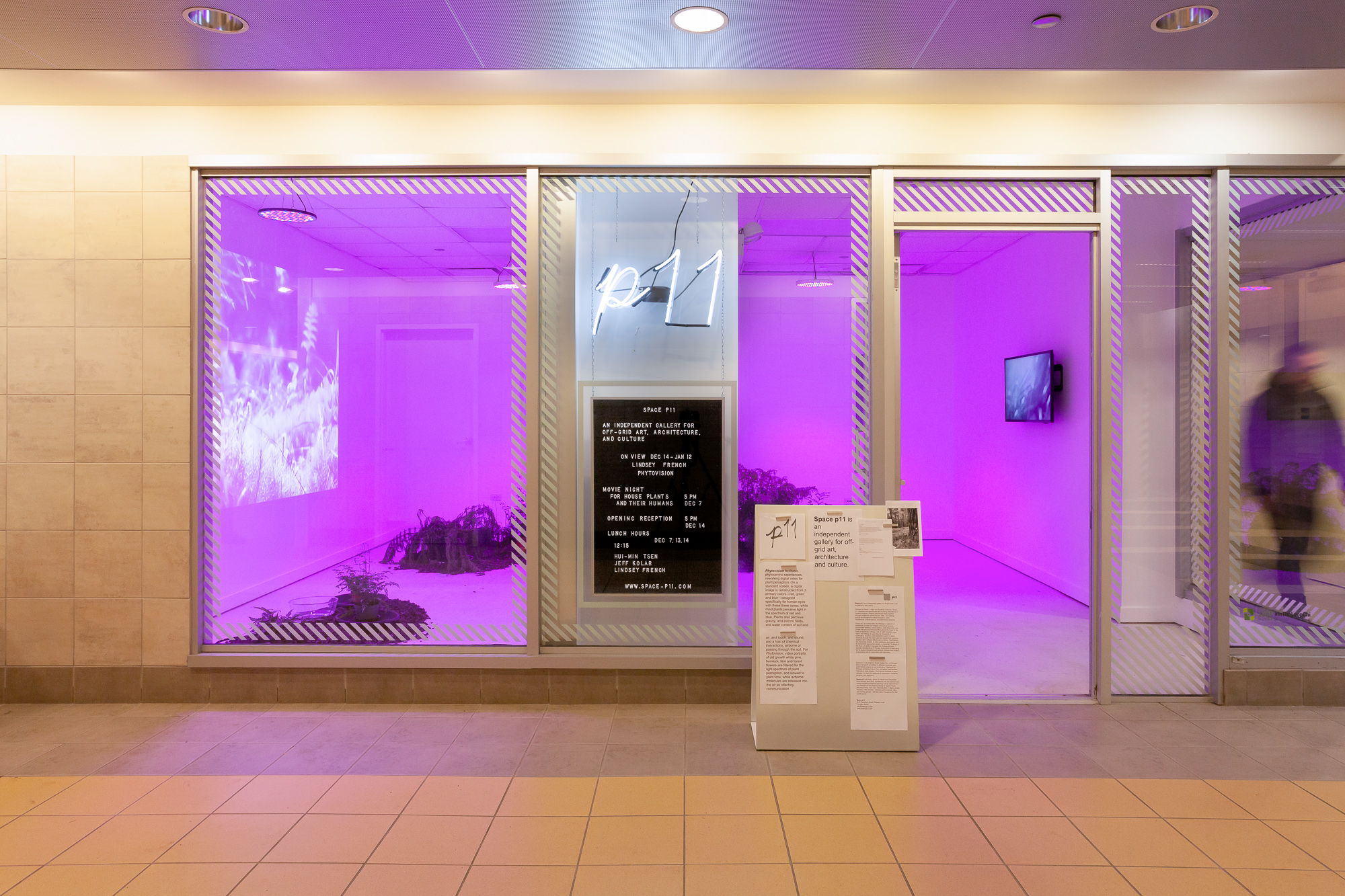 “By being small and flexible and nimble, Space p11 could jump into this space that no one else was in and propose things to do,” said Space P11’s co-director Jonathan Solomon. Photograph by Robert Chase Heishman.

Upon being appointed Director of the School of the Art Institute of Chicago’s (SAIC) Department of Architecture, Interior Architecture, and Designed Objects (AIADO) in 2015, Jonathan Solomon made clear that he wanted his students to prioritize social engagement in their practices. He proceeded to lead by example, co-directing Space p11, located in the Chicago Pedway, and inviting socially conscious creative leaders like Amanda Williams and Eyal Weizman. I recently talked with Solomon about his personal history, his views on Chicago, and his hopes for the future of AIADO.

Dustin Lowman: When I was researching you, I saw that there was a Bitcoin mogul named Jonathan Solomon. I assume that’s not you.

Jonathan Solomon: I am not a Bitcoin mogul.

DL: Got it. It was a little ironic, because looking through your work, I thought I traced a theme of anti-commercialism. Is that a preoccupation of yours?

JS: That’s interesting. I wouldn’t say I’m anti-commercial. Among the projects I’ve been working on lately is a gallery called Space p11, open in the Chicago Pedway. In that case, we’re working with retail systems and structures, but in some non-standard ways. Instead of looking at the Pedway as a retail failure, we’re trying to look at what it is successful at doing, and help it do that more. One way was to think of it as a network of cultural spaces, which, in addition to being a network of commercial spaces, it is. It joins the Cultural Center, the Design Museum of Chicago, the Fashion Incubator, et cetera. The gallery itself is non-commercial, so we’re not representing or selling the work of commercial artists, but we’re using the systems of retail display — retail signage, picture windows, literally the space of vacant retail — as a space for cultural production.

DL: How do you think growing up in Chicago impacted your approach to architecture?

JS: I think Chicago has a narrative — for its entire history, really — of modernity, progress, growth, commercialism. These are all deeply woven into the city’s physical fabric and its founding myths. I grew up in Chicago, left for a period of time, and came back for this position at the Art Institute. Having returned as an adult, I’m now seeing Chicago at an inflection point in its history. It has to ask itself what it means to be a city in which vast areas are depopulating. Or a city in which natural systems are being welcomed back into the physical fabric, rather than being mastered and regularized. What does it mean to be a city that is decentralizing rather than centralizing? The ways in which we use our land, the ways our economy works, the ways in which we move, are all changing. This isn’t just Chicago, this is a story that is being played out in slightly different ways in cities around the world, particularly as we as a globe realize we can’t grow our way out of every challenge. You can’t extract resources forever, and you can’t throw away your waste forever. At a certain point you have to learn how to live with what you have. And progress — all those myths, all those narratives — have to be reconceived. This should go without saying, but progress for one group usually came at the expense of other groups. In Chicago today, you see some results of modernity and progress that had not been part of that narrative, but boy are they part of the story now. I think my upbringing in the context of that Chicago narrative gives me a particular eye on it, but I also have the pleasure of working with architects and designers from all over the country and the world who bring that same insight from other places.

DL: I read, in the statement you made when you were appointed director of AIADO, that you want “to encourage designers to take an activist approach in culture broadly, to demonstrate the relevance and necessity of design in areas such as finance, politics, ecology, and more.” Why was that so central a goal?

JS: The challenges that the world faces are larger than the impact a professional practice tends to make when it stays in its lane. My SAIC students are a generation that will have to tackle transcendent challenges like the threat of global climate change, or cultural challenges of communication, governance, and belonging. Technological challenges, the impact of technology on the way we live, communicate, work, recreate, et cetera. I want this generation to be leaders in responding to those challenges, and to do that, I need to encourage them to get out of their lanes a little bit. I need to encourage them to not just follow professional paths that were laid out by a generation before them, but to find new paths, and to see challenges more holistically, more transcendently, to communicate more horizontally with others in order to tackle them. I actually think the art school context in which I teach — design and architecture — is a spectacular environment to do that. It teaches communication, it teaches engagement, it teaches a belief in the creative process. I would say that the environment of SAIC is very welcoming to this. President Elissa Tenny speaks frequently and eloquently about a lot of these issues, and has created an atmosphere at this school that understands and respects what she refers to as “citizenship” as fundamental to the education of design art.

DL: Are students open to this approach to architecture and design?

JS: In many cases I see students leading it. In fact, I think it comes out of our students. Our students come to the studio wanting to have an impact that requires a position of agency in the world beyond the confines of their professions. In our architecture studio, we teach fundamental things — how to draw a wall section, how to lay out a plan according to code. But we also teach ways in which the agency of drawing a building or planning a building can have impact beyond the confines of the profession. We encourage students, ultimately, to set their goals beyond the edge of the professional boundary. 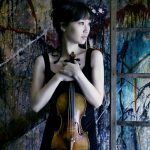 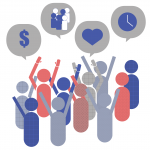