An interview with Alex Da Corte. 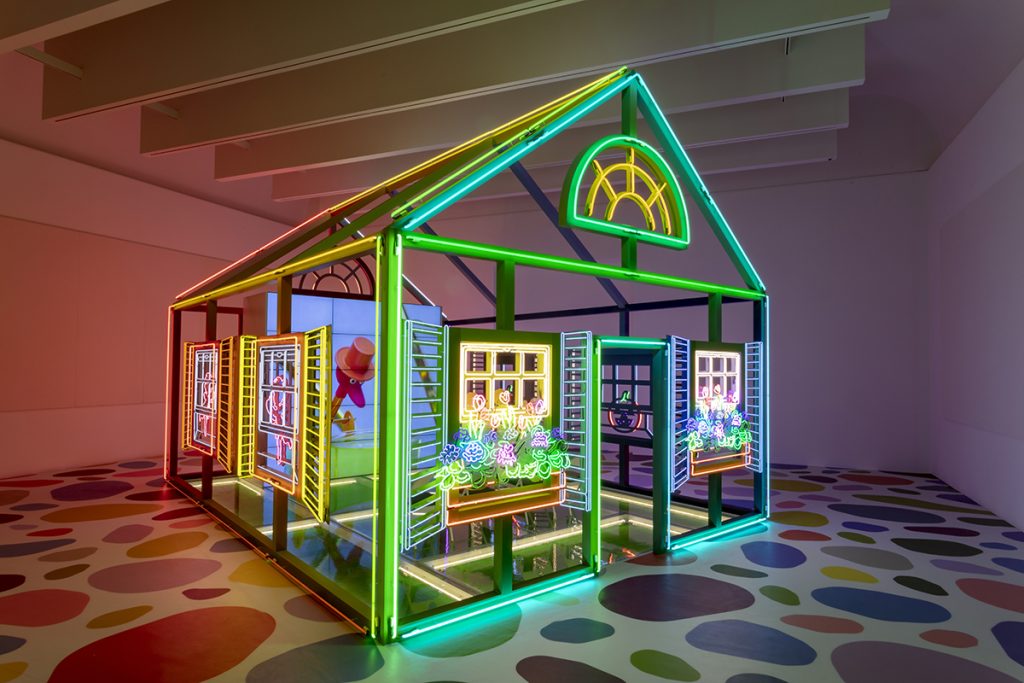 There is an unsettling animism to the work of Philadelphia-based artist Alex Da Corte.  In his gem-hued, neon-lit installations, his bizarre updates on everyday objects — a giant Kleenex box, an enormous black witch hat — become like silent characters on a stage. In “Easternsports,” the far-ranging film by Da Corte and collaborators Jayson Musson and Dev Hynes, which reads like Oskar Schlemmer’s Triadic Ballet remade with dollar store props, the actors’ movements seem propelled by the set itself. Da Corte’s work recalls the narratives where, “Toy Story”-like, things come alive at night. In his American-flavored animism, Walmart is a house of worship, and plastic is immortalized on its styrofoam altars.

During his December visit to the School of the Art Institute of Chicago (SAIC) as a guest critic, I spoke with Da Corte about the darkness of suburbia, that year he spent dressed as Michael Myers, and the worst art he’s ever made. I asked him to sketch the answers to some of my questions.

Leah Gallant: If you had free license to use the Rocky statue by the front steps of the Philadelphia Museum of Art in an installation, what would you do with it?

Alex Da Corte: This is the Rocky statue in the Delaware River. 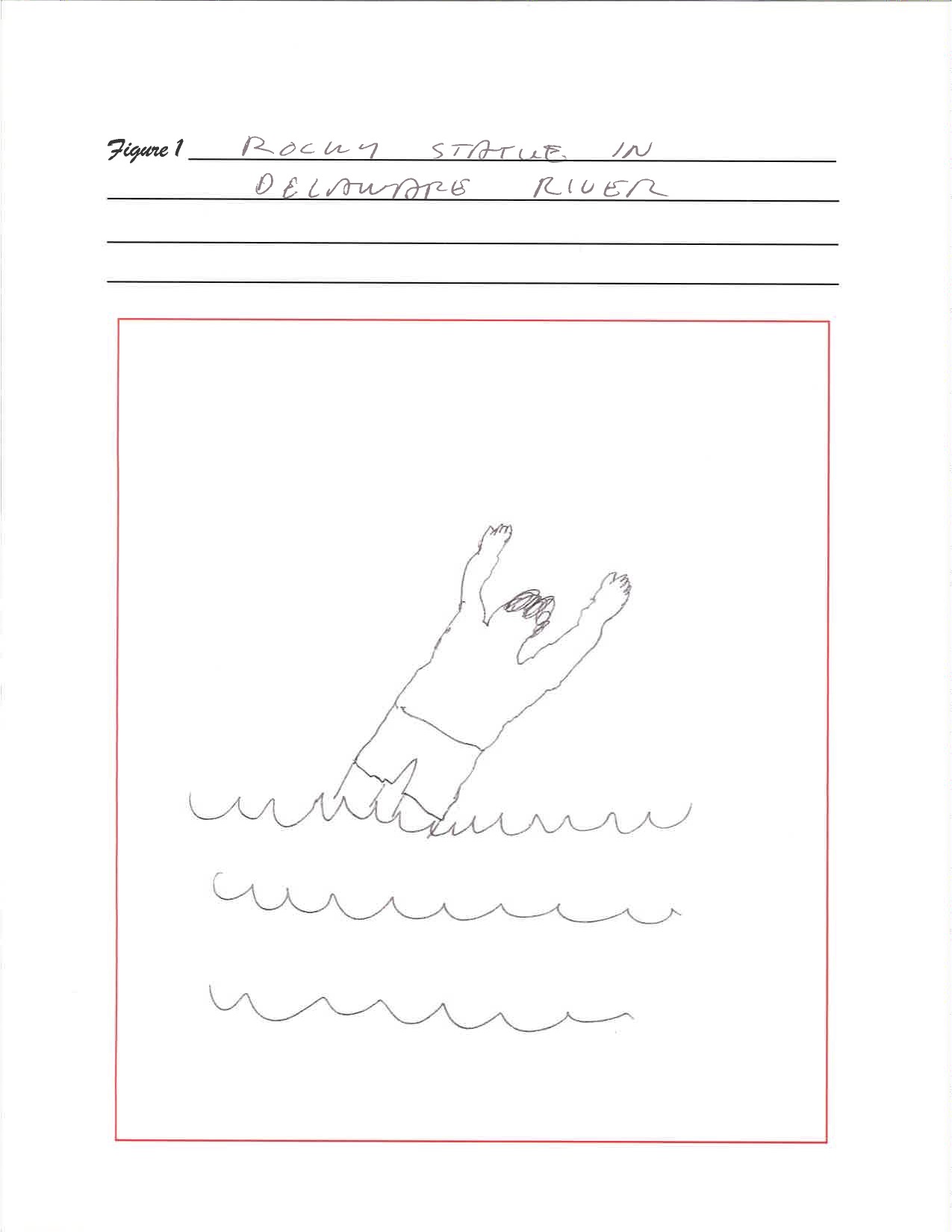 LG: Are there particular things about Philadelphia that influence your work?

ADC: Philadelphia has a sort of middle child syndrome. It’s a large city with many interesting things about it, but it’s also close to other cities that are much bigger, which allows it to exist under the radar. There’s a lot of freedom in that.

LG: Your work conveys a distinctive feeling of the suburban. In particular, it has a certain in-betweenness, of being neither urban nor rural. It also feels simultaneously like a front and back stage. How do these liminal qualities relate to the references to hell in your titles (“Rubber Pencil Devil,” “A Season in He’ll,” “Devil Town,” “A Night in Hell,”)? What links these banal objects and environments to a conception of evil?

ADC: I’m interested in the idea of “keeping up with the Joneses,” the idea that a well-kept lawn, a nice fence, or a manicured home is enough to persevere. It’s the belief in the importance of maintaining the mask of sanity or wellbeing or societal correctness, but the appearance is only on the surface. I found through my own experiences in the suburbs that appearances can be deceiving. Things fall apart behind a well-maintained lawn. The neighbors actively maintain a happy mask but suffer in the backyard. I hope to deconstruct that mask. It’s like the duality of the American Dream. But the American dream is a delusion, it’s a very problematic idea.

LG: While doing your MFA at Yale, you were making stand-alone sculptures with an Isa Genzken-Jessica Stockholder vibe. After graduating, you lived at home with your parents in New Jersey, where you did a durational performance (or just life activity?) piece in which you wore a Michael Myers mask and observed your family members from the bushes outside the house for a year. Both the sculpture and the performances are very different from the clean lines and bright colors of your current work. Was there a particular piece that you consider a turning point in your practice?

ADC: A lot of it was just related to where I was in the world. When I was living with my parents, I didn’t have a studio, so I was just trying to make work. As an artist, you always have to make work, and to figure out what that work is. So my work just became my waking life. It would be hard for me to go into complete costume again now and live as Michael Myers for a year when my daily life calls for other things, like being a teacher. And I work that way, I’m very tied to responding to my surroundings. I started making work that was stark and theatrical or in the form of an installation in part due to my long admiration for theater, tableau, shop displays, and opera. But it was also about resisting the market. I didn’t want to make a singular sculpture that would have a price tag. I was trying to extend the lines of my canvas or my pedestal to be so large or immeasurable that you couldn’t access the work in the same way that you couldn’t access a dream or a performance because it was there and gone, it was outside of the market.

LG: What is the worst artwork you’ve ever made?

ADC: I’ve made so many bad artworks it’s hard to choose. I was making all this stuff that was too busy. Really busy. More busy than everything else I make. 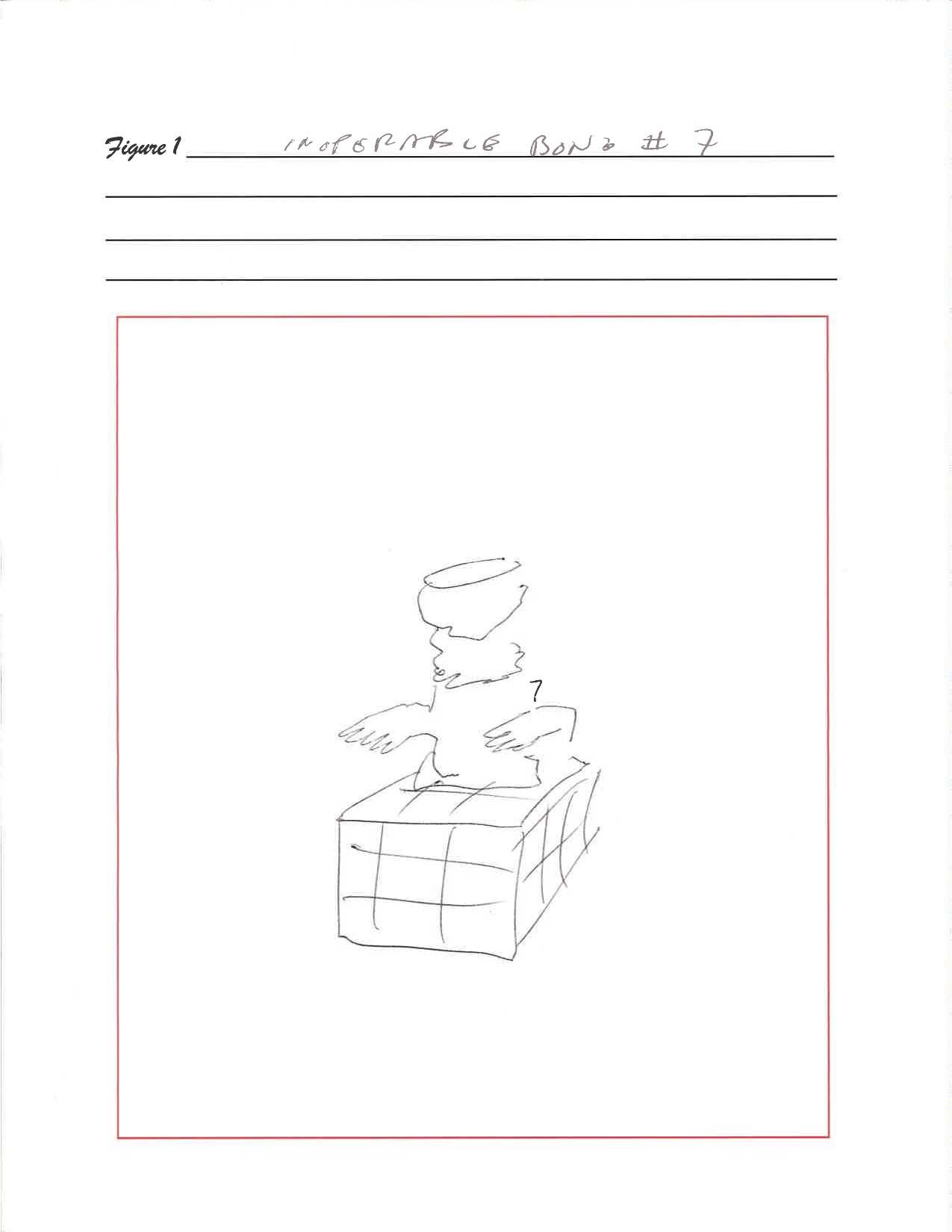 LG: If you were to select one of your pieces to be discovered by an archaeologist 666 years from now, which would it be? In what state would it be found?

ADC: I want my last artwork to be me, buried in my coffin and dressed as Bela Lugosi from the movie “Dracula.” I’d want to be exhumed looking real sharp. 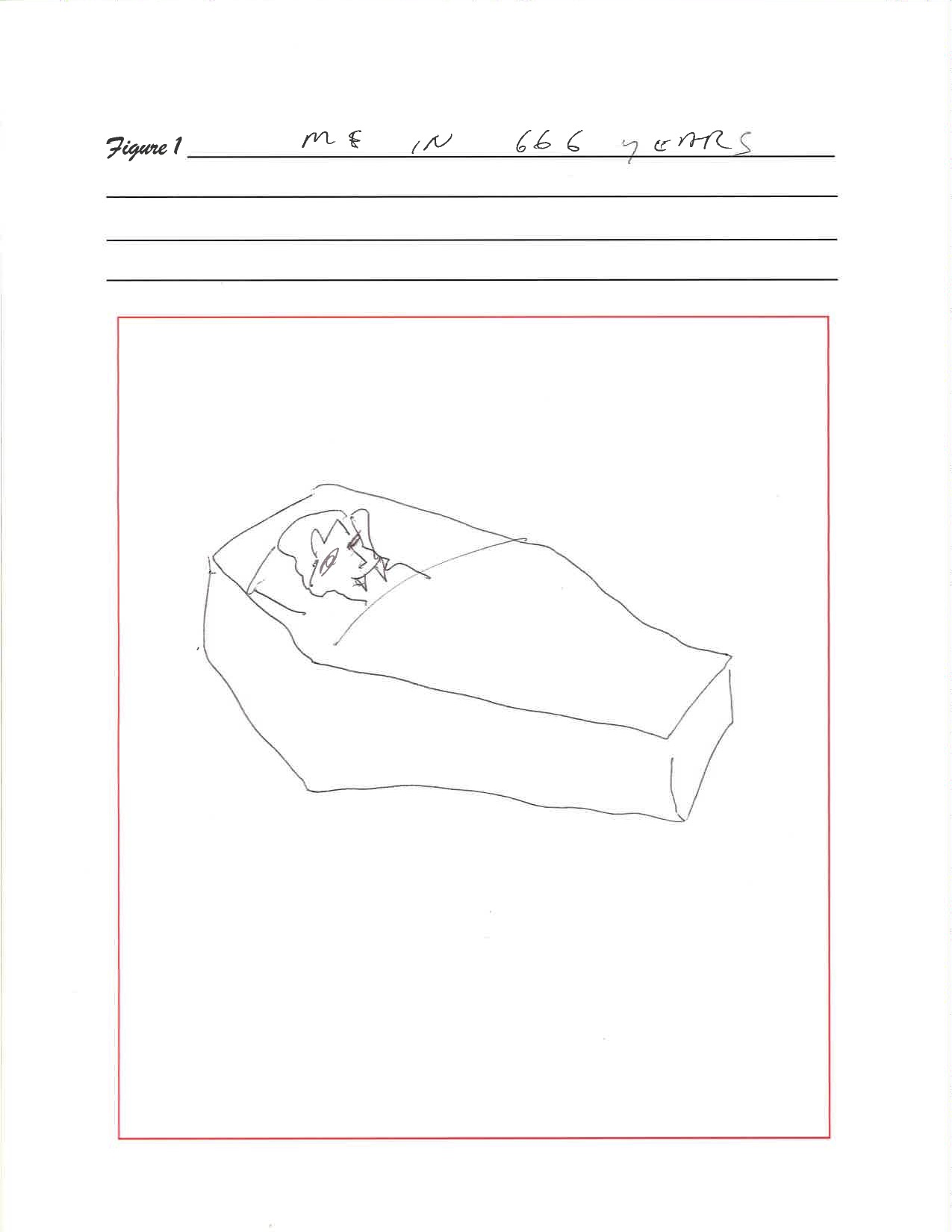 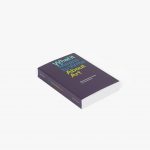