Why did the Lyric Opera Strike happen, and why should SAIC students care? 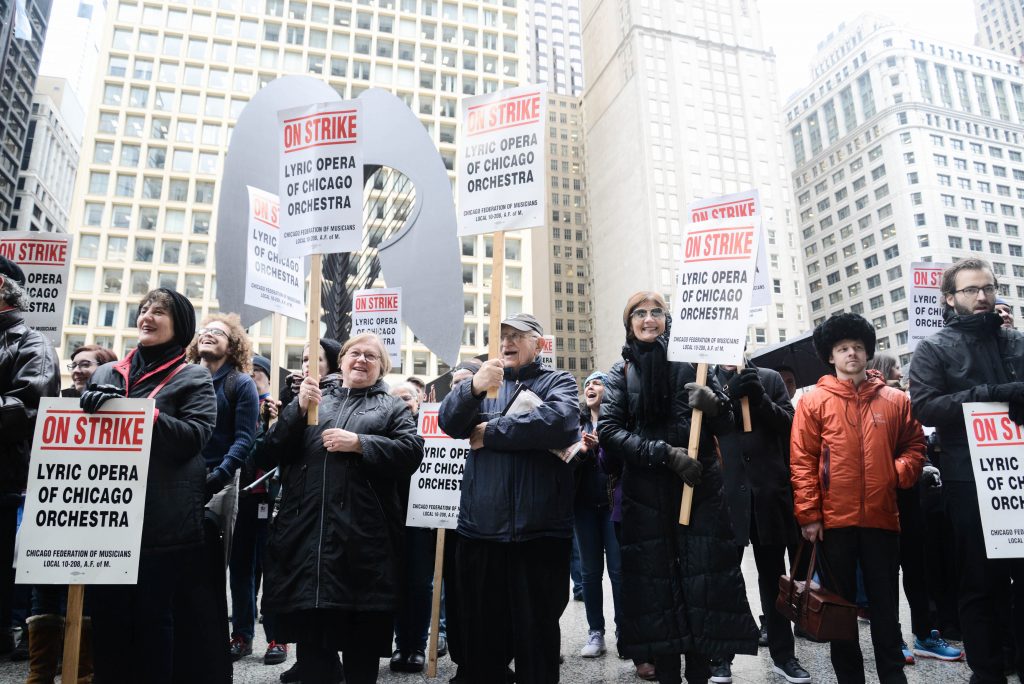 The Lyric Opera of Chicago’s orchestra musicians recently staged a strike, which, lasting from October 9th through October 13th, led to the cancellation of several performances. The musicians’ contract expired June 30, and they viewed management’s new terms as far too severe. Lamenting dwindling revenues, Lyric’s management wanted — among other things — to reduce the permanent ensemble from 74 to 69 players, and the working season from 24 to 22 weeks.

In an official statement, management cited the infrequency with which all 74 members are utilized: “We are committed to paying an excellent wage for work that is done but we can no longer pay for work that is not done.”

It is a multi-dimensional issue with lots of gray area. What follows are the various contributing factors, quantitative, qualitative, and everything in between.

The orchestra musicians were concerned, first and foremost, with the deleterious effects these changes would have on their work’s quality.

“Our response time to something unexpected is shockingly quick,” said Kathleen Brauer, Lyric Opera violinist, in an interview with F Newsmagazine. “If a singer jumps ahead, the orchestra responds immediately. That is not common, and it’s because we’ve been playing together so long.”

The quality of an orchestra, she argues, correlates directly with its volume of shared experience. As friends of twenty years reminisce on victories and defeats, so a decades-old orchestra learns to make strengths of idiosyncrasies.

Lyric Opera General Director Anthony Freud painted a rueful portrait of the state of modern opera in the United States. “We, as responsible managers of a business need to match supply to demand,” he told the Chicago Tribune on the first day of the strike. “It’s a national trend that opera performances are harder and more expensive to sell than they have ever been.”

Freud’s assessment mirrors a claim set forth in the aforementioned official statement. While neither General Director Freud nor Lyric Opera’s official statements cite statistics to illustrate this supply/demand disparity, the trend is somewhat traceable. New York City’s Metropolitan Opera House, which, at $300 million, sports the nation’s largest performing arts organization budget, took in only 67% of its potential box-office revenue in the 2016-2017 season — only a slight uptick from 2015-2016, its lowest-ever mark.

General Director Freud’s 2013 salary, $616,057 (freely available on tax returns), has risen to a reported $800,000, according to a Chicago Business Journal report. One wonders how fewer performances and self-professed low demand justify such a raise.

The task is interpreting and responding to these concerning statistics. If one accepts diminishing demand for opera as the primary cause, theories are not hard to generate. Opera, as an art form, is fitted to centuries-old preferences and attention spans. As with other former-mass-market media — everything except streamable TV, really, and Instagram content — the challenge changes from pure pursuit of artistic quality to deciding whether, and how, to adapt old notions of quality to new audience expectations.

But Lyric’s increased sales make one reluctant to succumb to such a premise. While there is certainly overlap, gifts, grants and donations depend on managerial outreach, and ticket sales depend on musical quality. Of course, people are more inclined to give gifts when they value the recipient, and ticket sales do depend on good marketing. But no matter how you slice it, more ticket sales means audiences like the product.

Concerns about Lyric’s customer service have also been raised. Mathematician, musician, and Adjunct Professor at the School of the Art Institute of Chicago (SAIC), Eugenia Cheng, shared on Facebook that having been “treated with disdain by the box office” was a reason why her devotion to Lyric had waned. In an interview with F News, she elaborated:

“I went to the box office after seeing a performance I loved so much I wanted to buy another ticket. I wanted a seat as close as possible to the front of the house. I asked if they had anything in the front row. [The employee] didn’t even look, he just said ‘No.’ I was a bit surprised, and asked if they had anything in the second row. He still didn’t look, just said ‘No.’ I asked what was the furthest forward they had. He said, ‘I don’t think you want to be here.’ It was really offensive. I don’t know whether it was because I didn’t look rich enough, or white enough, because I was dressed in a winter coat with a huge backpack. But he did not take me seriously.”

Violinist Kathleen Brauer and violist Amy Hess recounted an incident during the strike in which a busload of senior citizens arrived for a performance that had been cancelled. The citizens’ assisted living home had apparently not been notified of the cancellation.

The full list of reasons for Lyric’s struggles, while certainly related to opera’s struggle to keep up in the 21st century, is unclear. On the other hand, clear as day is that the musicians are suffering. The ratified agreement, which brought an end to the musicians’ strike, included some disheartening losses. The permanent ensemble was indeed reduced, from 74 to 70 (one more than the management’s proposed 69), and the working season dropped from 24 to 22 weeks.

Musicians managed some gains, including guaranteed employment for 37 members during the Spring musical (“West Side Story” this year), at a pay rate increased by 6.6%. Family leave also increased to 8 paid weeks.

But the loss of four positions and a frustrating negotiation process took its toll on the orchestra. When asked to describe her emotions during and after the strike, Ms. Hess said, “Fatigue. The hours you’re putting in[to the strike], the hours at home thinking about what could be, the hours staying up at night worrying about uncertainty … for me it was a lot of fatigue.”

Why should SAIC students care?

Both Ms. Hess and Ms. Brauer felt rescued from despair by the community’s outpouring of support. Ms. Brauer described the response as enthusiastic and passionate, and, because of raucous applause before the post-strike performance of La Boheme, Ms. Hess saw the bigger picture in sharp focus:

“This is the moment I have to stand up and say, this is music, this is art, this is what I believe in. That is what keeps me going.”

“We always have to be willing to stand up and speak about art’s value for society. Value is not always financial. That’s not the only value there is in life. If everything is reduced to that, the world is so much less rich. Human beings need the arts as a way of expressing the best parts of who we are, and of speaking out about the worst parts. If that’s lost because things don’t make money, the whole world is poorer for it. People who love the arts really have to be willing to fight for them.”

You — yes, you — may not ever have to take part in a strike. You may not ever have to engage in so direct a fight for what you believe in, what other people seem so reticent to believe in. But, if you commit to a life in the arts, your life will be this fight spread out across decades. Your opponent may be intangible — self-doubt, familial disapproval, cultural apathy — but idealism will always be challenged by pragmatism. Fighting for validation of your practice, financially or emotionally, is an indelible part of being an artist. The Lyric Opera Strike matters because, at any time, you could be the artist fighting a management that profits off of your talents. You will always fight in this war of solvencies.

News Looking Back on the Lyric Opera Protest
« Previous Story 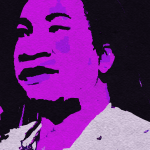