Two shows at Extase and Lithium. 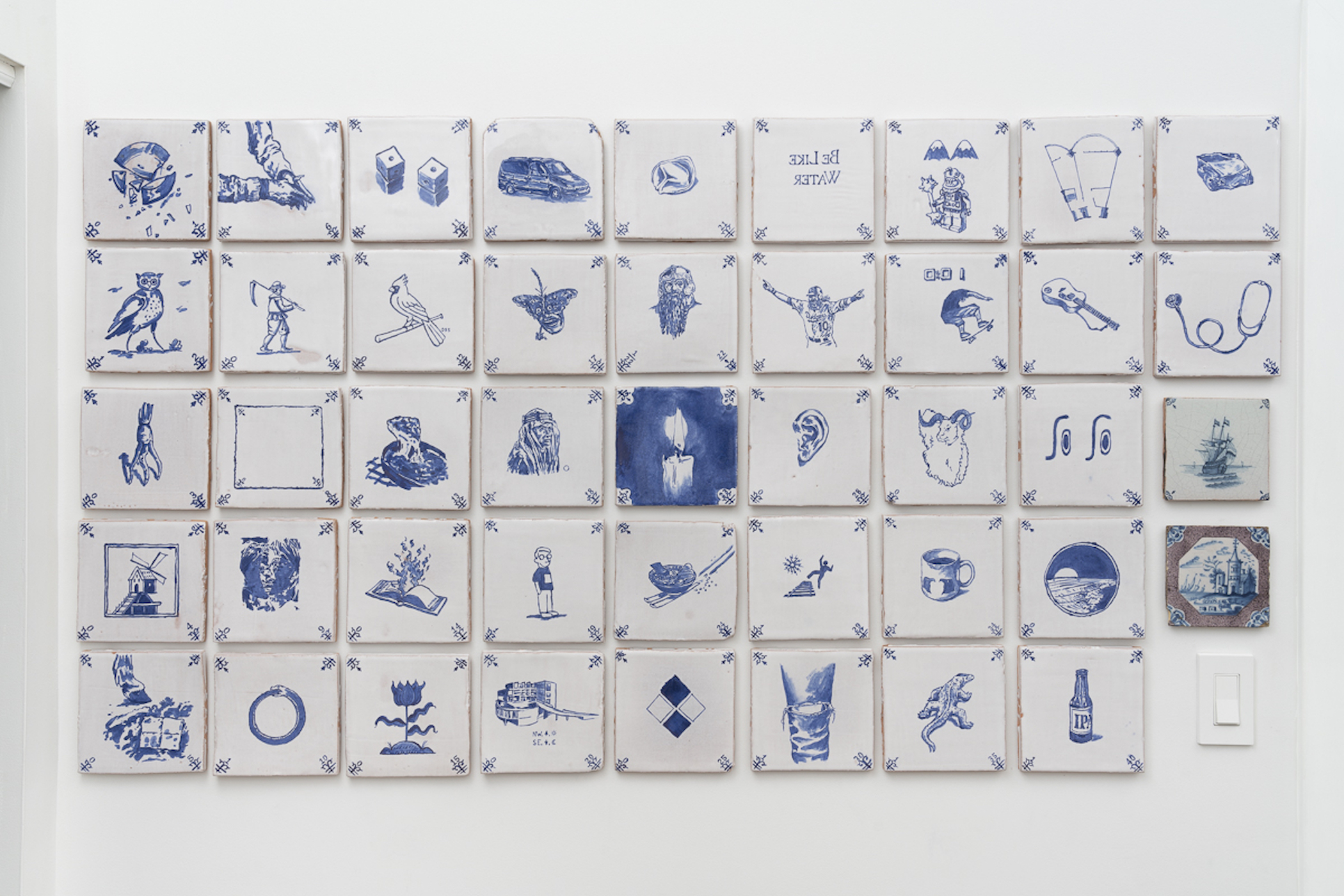 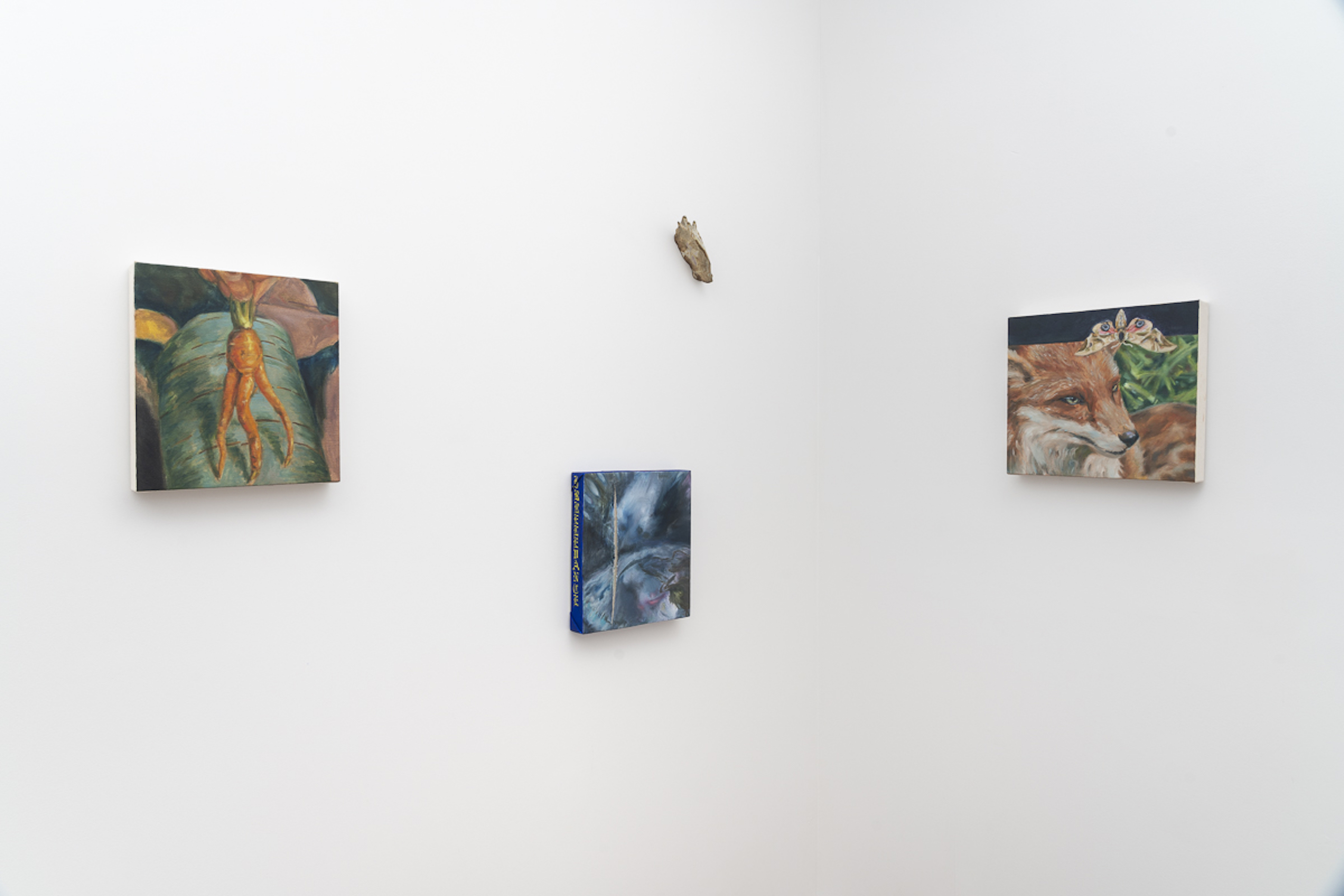 Danny Bredar’s solo show at Extase swaggers deftly between the subtle and the overt. Centering the vanitas across canvas, tile, porcelain, and ink cartridge sculptures, Bredar, who is currently a student at the School of the Art Institute of Chicago (MFA Painting and Drawing 2019), tackles death as if it were a code. Forty-two tiles (simply titled The Tiles) line a wall with what first appear as iconic images (an appealing IPA, an ominous Ouroboros, a nostalgic windmill). But upon further inspection, they read more like a secretive pattern that asks: What are the numbers? Is this order arbitrary or a cohesive narrative? Outside the main gallery, an eerie canvas, titled 9 Edward Street, looms over a staircase. This self portrait of the artist, whose cawing mouth opens below the shadow of an Ernst-like red bird, is arresting in both scale and scene. The morphing figure makes you feel that as you stand at the top of the steps you might fall and trip over the bird feet merging with the hands of the artist. If the vanitas is a symbol of transience, then it’s appropriate that the subject migrates between media to address demise. Porcelain palettes, casts of those used by Bredar in his studio, are installed as if hiding (high in the corner or just off the side of a windowsill) from the whispers of the death of painting. Punctuating this dread, a ceramic slug oozes over a square abstraction, a nod to the decomposition essential to the vanitas form. In Lavender Vanitas Bredar mobilizes his own restrained composition, using his works as cyphers for concealed tragedies held together by a thin layer of paint.

Closing reception: Saturday, November 17th 1-4pm, with an artist-led walk through of the show at 2:30pm. 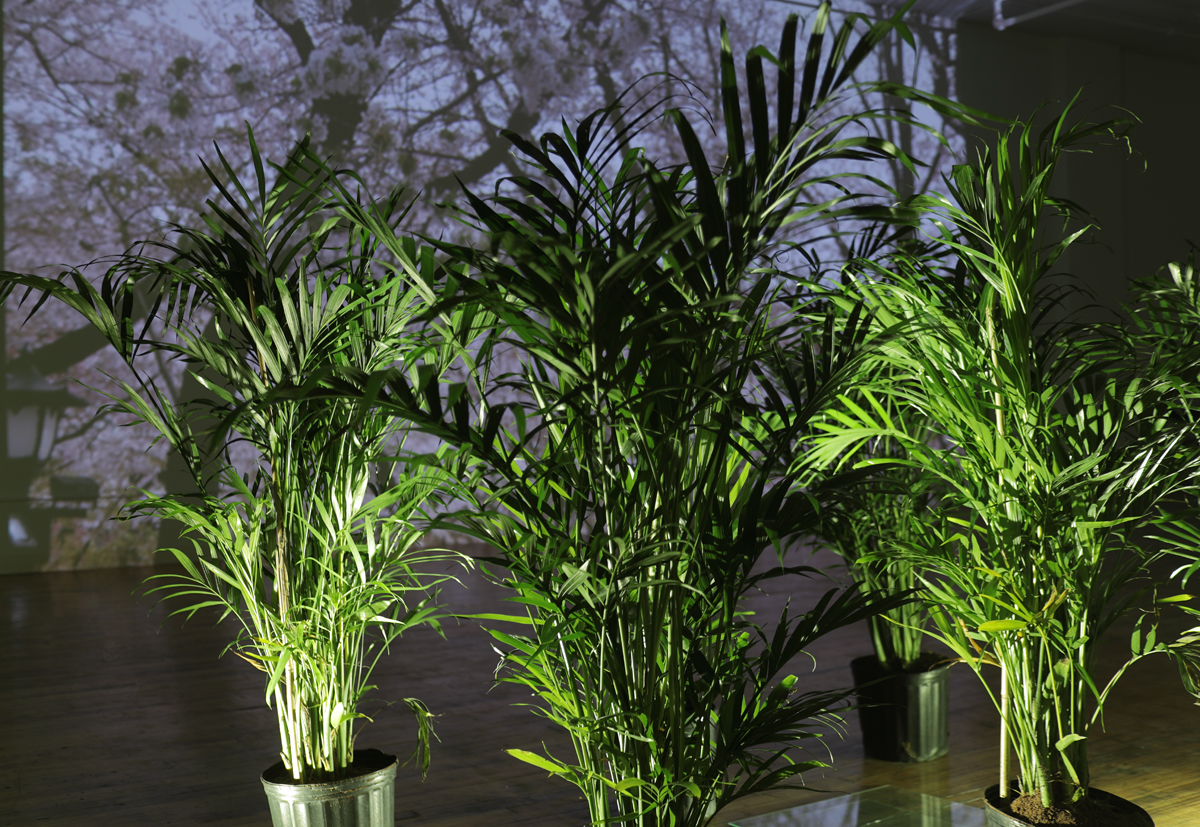 What are the causes of societal conflict? This was the insurmountable question tasked to Italian directors Pier Paolo Pasolini (a radical communist) and Giovannino Guareschi (a right-wing monarchist) by producer Gastone Ferranti for their collaborative 1963 documentary film La Rabbia (The Anger). Taking up Ferranti’s question, the co-directors split the film in half, the respective segments addressing their divergent ideologies through newsreel footage of the era. Their polemic is reborn in Martychowiec’s more modest 10 minute film The shrine to summon the souls (2013), which borrows narration from the original feature. In Martychowiec’s work, pink petals fall from cherry trees, outlining the edges of rough grey stone tiles at the Yasukuni Shrine, a memorial ground for Japanese who have lost their lives in war. Among those remembered at the shrine are war criminals who have committed heinous acts of torture, making the sacred ground a contested site. The petals evoke bouquets that adorn tombstones, bestowing an ordered mourning to the scene. They mute the tense politics surrounding the place and create an abstraction under the feet of those making their way through the shrine. These lengthy shots are juxtaposed with close-ups of the shrine’s cherry tree roots, which bleed into the rest of the exhibition’s dark garden in the gallery. The open room surrounding the film becomes a forest set to the tone of the low beating organ and soaring violins of the central film’s score. For The incredulity of Saint Thomas (2016) Martychowiec has punctured a sheet of glass lain on the floor amid palm fronds. With an unavoidable nod to Duchamp’s own shattered The Bride Stripped Bare By Her Bachelors Even (The Large Glass),  here the splintering is surrounded by a garden of palm plants. A bright bulb casts shadows of the palm fronds on the ceiling, harkening back to the projected petals in the The shrine… . All these plants form a subdued jungle.  For In memory (2013), yellow squares are projected onto black curtains. The floating shapes emit a steady glow, but are unsettled by the artists’ expectation that the audience undertake the task of meaning-making from these projections. These disintegrating slides do not feel fully planted in this garden. The constant historical and personal layering in the exhibition feels overambitious as a whole, but the shadows of the fronds and the nestled petals against the grey stone make it appealingly lyrical.

The Nor’easter Blows, which closed November 3rd, was the first part of a two part curatorial collaboration with Jacob Zhang for the Re: series. The second exhibition is Tamer Hassan and Armand Yervant Tufenkian: Temporary Fields, which runs November 9 – December 1, 2018. 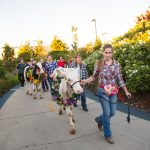 Cows, Pomp, and A Puzzling Performance