“A Year With” is a column where SAIC students reflect on what got them through this past year. 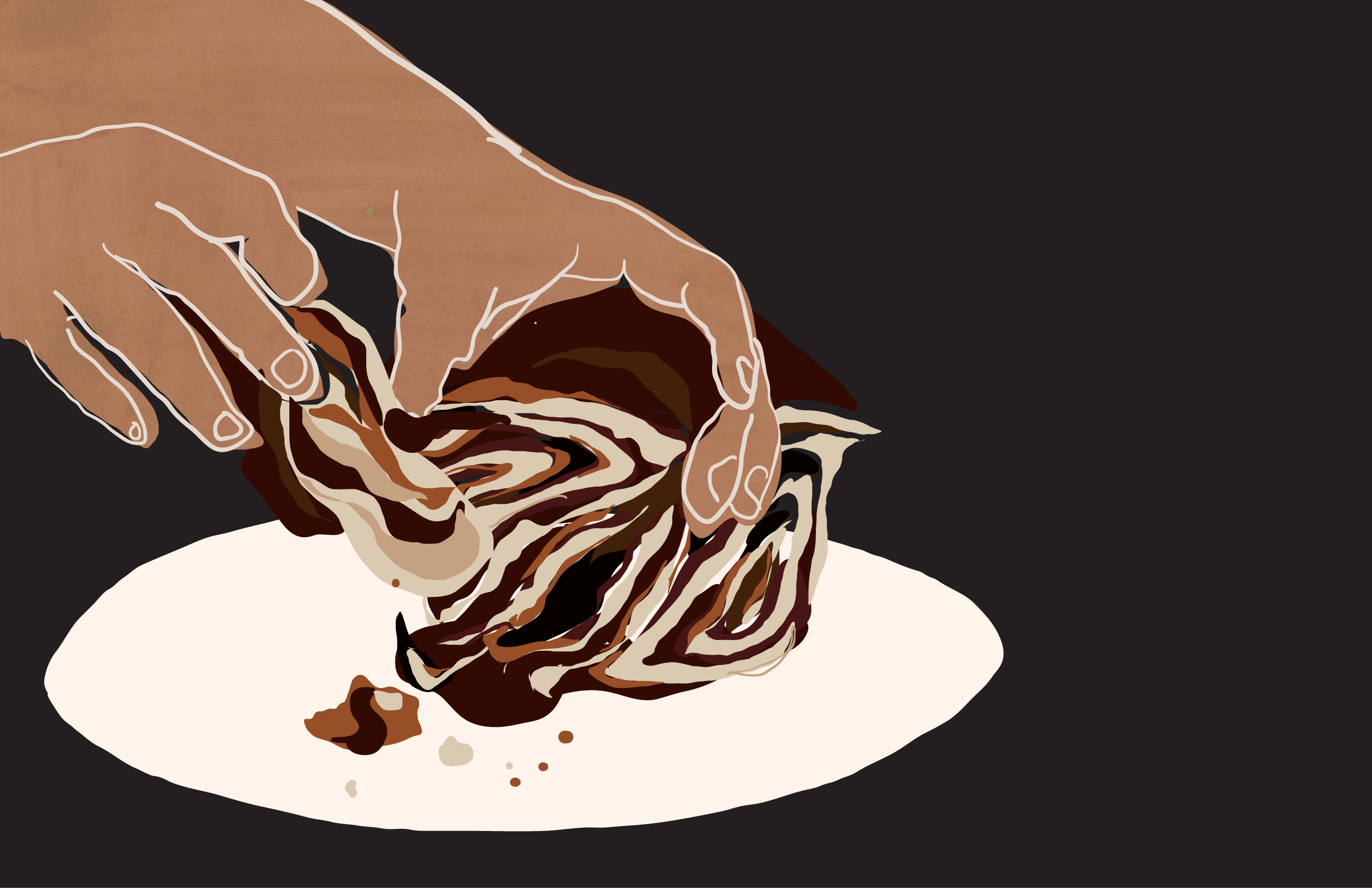 My first slice of babka was in New York. I was visiting my mother for Thanksgiving and had spent the day with a friend who was also from New Zealand and had also found herself in this strange country. We wandered around Central Park, saw nothing more than the otters of the zoo because we wouldn’t purchase a ticket, and meandered across to the Jewish Museum. Starving but unwilling to buy a full meal, I set my sights on a thick cut of chocolate marbled goodness wrapped in plastic on the deli counter. We walked back to the park and I ate while my friend smoked and drank coffee. It was home away from home and also not home.

Babka is a sweet bread that can be found in many Eastern European cultures. Ashkenazi Jewish babka is comprised of a yeast dough made mostly of egg and butter, just barely held together with flour, enclosing either a chocolate or cinnamon-based filling, often with a chocolate streusel crumb and a sugar syrup glaze. It is a decadent thing and, in my humble opinion, one of the best Jewish desserts in the land. Interestingly, from the same region, babka is also the name of the bread served on Easter within Eastern Europe’s Catholic community.

A few months later, craving the loaf once more and unsure of where to get it in Chicago (please send suggestions to [email protected]), it seemed the only solution rested on my own two hands.

I cooked my first loaf of babka during the winter break between my first and second semesters of graduate school. I had neglected to make plans for the holiday season — not being one to celebrate Christmas — and had in any case fallen ill, barely leaving my bed between December 23 and January 2. My flatmates had returned to their respective families for the season. I was happy to cough up phlegm in peace, but I missed home.

I missed how everything in New Zealand shuts down for the month surrounding Christmas and New Year’s, missed wandering around Auckland on Christmas Eve in the summer weather and feeling like the only person in the world. This year, alternating between sleeping and watching
“Better Call Saul,” I was the only person in the world merely by virtue of a becoming a shut-in.

As the fog began to lift, to prove my good health and warm my heart with my last memory of what felt like some version of home in this strange country I attempted to engage with the time-consuming recipe that is babka.

In summary, you make the dough, let it rise and chill, melt the filling ingredients together, mix the streusel, and heat the sugar-syrup glaze. Roll the dough out into discs, spread the filling across the surface, and roll the discs up tightly. Cut the discs in half length-wise and wrap them together again in a tight helix formation. Place in a loaf pan and let rise again. Sprinkle with streusel and bake for about an hour if your oven is a bit weak like ours. Remove from the oven, poke with holes, and pour the sugar syrup on top.

The recipe was a learning experience. It was also probably to date the most disappointing babka I have ever tasted. Maybe I was too sick; maybe I was too sad; or maybe the New York Times doesn’t have all the answers. I gave a good amount of the batch away and took the rest with me on my funded research trip to the Jewish American Archives in Cincinnati. In yet another strange new place, I stored it in the fridge of my AirBnB and noshed on it until it was no more. The name of the loaf translates to “little grandmother,” and — despite room for improvement in the execution — it was a touching accompaniment to a trip in which I was doing my best to trace my family’s history through the few writings my great-grandfather had left behind.

My latest attempt at a babka recipe followed a stressful summer full of illness and death within my family. I needed comfort food, and I needed to prove to myself that I was still in control of all my faculties. This time, I looked to Pretty. Simple. Sweet. for my recipe and found the overall flavors better, but accidentally left it raw in the middle. It felt about right.

Shortly after, I flew to New York to visit my father. In a hospital bed on Staten Island, he was slowly losing his words while dying of brain cancer. Chewing through a complex palette of emotions, I had one day set aside to digest in the peace and quiet of the city. I spent that day at the Russ and Daughters deli — the original downtown location.

At the deli, I bought three loaves of babka — one for my Staten Island family and two for friends back in Chicago. That entire weekend I maintained an airtight lid on my emotions; the alternative would have been a complete meltdown. I suppose that was why I found myself searching out the comfort of babka but rejected its direct consumption, instead only procuring it for others. My father’s own stomach had shrunk to a toddler’s diet, but my step-mother placed the loaf in their study next to the temporary bed in which he spent most of his days, as if that would pique his interest away from death. That loaf, or maybe modern medicine, must have worked because he’s still going.

Babka is my food of mature solace. It doesn’t contain the self-loathing of a McDonald’s Quarter Pounder; it is the alternative — a loving act to myself and the utmost comfort. I bake babka as a challenge to myself — to prove I can trace the flavors with my own hands and carve out a reasonable facsimile of a distant home. To mix metaphors, it is also a litmus test of how much my hands are shaking. This past year has sometimes sucked ass and sometimes been about as perfect as it could be. Babka is the yardstick with which I measure the shit-show rollercoaster that is life. Whether from my hands or the hands of a culinary professional, I tear off a corner and think, “onwards and upwards.” 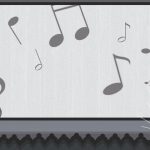