Former Chicago Police Officer Jason Van Dyke was convicted of second-degree murder and 16 counts of aggravated battery with a firearm – one for each shot he fired into the back of teenager Laquan McDonald in 2014. Photographed by Georgia Hampton. 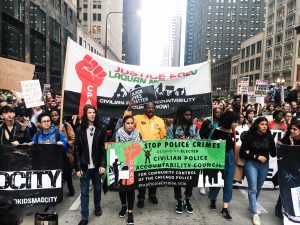