Where does the latest round of Riverwalk funding come from? And where could it be going?

In early August, Mayor Rahm Emanuel announced a new Riverwalk renovation project, priced at $10 million. This announcement came just before a bloody weekend on the South Side, prompting activists, local politicians, and yours truly to ask: Do we really need a shiny new set of restaurants in the Loop when other areas are falling apart?

Don’t get me wrong, the Chicago Riverwalk is one of my favorite locations in the Loop. It is at once isolated and central, allowing visitors to stroll by the water while remaining immersed in the company of city life. You probably (definitely) shouldn’t swim in the river, but the experience is mostly aural anyway; as you head down the stairs off State Street towards Michigan Avenue, the honking and idling engines are replaced by the dull roar of a crowd as people pass on all sides. Stone seating and grass line the path as it coils lazily towards the lake. As you inch closer and closer to Lakeshore Drive, you find yourself in a quieter section. The last hundred steps before Lakeshore Drive become relatively isolated; you pass by larger trees, bigger patches of grass, fewer benches, and less noise. Places like this are a rarity downtown. This rarity is scheduled to disappear in 2019 with Emanuel’s latest renovations.

Emanuel aims to mask the current landscape between State Street and Lakeshore Drive with a sheen that more closely resembles the other sections of the Riverwalk, transforming the current atmosphere into something more akin to the Magnificent Mile. The complete overhaul will include new landscaping, more restaurants and bars, and possibly even a glass elevator.

This renovation will conclude Emanuel’s lengthy construction project aimed at commercializing the Chicago River, making it an important locale for tourists and businessmen downtown, and giving the Mayor a more positive legacy than the spikes of gun violence seen under his reign. Most of the area now slated for reconstruction was last renovated in the early 1970s. The section of the Riverwalk past State Street only began construction in 2013 after Emanuel borrowed $99 million from the federal government.

In response to critics who say he isn’t doing enough for the rest of the city, Emanuel consistently responds that “these aren’t either-or choices,” and says the city is “making investments in our parks, playgrounds, our schools, community colleges, mass-transit system, road paving, summer jobs program, [and] mentoring.”

“Emanuel has an abysmal record on directing investment towards downtown-oriented projects, from the Riverwalk to the DePaul stadium, while critical needs out in working-class communities go unmet. We saw 50 school closings in 2013, layoffs of special education personnel in our schools, a huge backlog in the creation of affordable housing, an inability to address a wave of gun violence, and the list goes on,” Sharkey told F Newsmagazine.

“[Rahm] touted that he was adding ‘learning gardens’ to neighborhood schools in the aftermath of the closings. Those amount to small concrete planters that were erected in front of dozens of schools, and now mainly hold weeds.”

So where does the downtown funding come from, if Chicago cannot afford to keep schools open? Tax Increment Financing (known as TIF or TIFs) is a contender Ben Joravsky, host of that Ben Joravsky Show on WCPT-AM,  is unwilling to definitively rule out.

TIF is a financing strategy that Chicago employs for city property in which the property tax for certain districts is frozen at a certain amount; any surplus tax beyond this amount is then collected into the TIF fund, ostensibly for use in redevelopment.

“Lord knows, with the TIF program there’s absolutely no credible oversight. … I really hesitate to say that the city is not intending to use TIF dollars,” Joravsky said.

“For all I know, that’ll be the fallback plan, because that’s what makes the TIF program so attractive to so many mayors: It’s just money sitting around in the drawer waiting to be used if they need it. But my understanding is that they weren’t intending to use it.”

The Riverwalk renovation is a symptom of a mindset that reaches further than the banks of the Chicago River. It is an investment designed to draw in more revenue for years to come. But what would the revenue be used for?

The 2018 Annual Financial Analysis is focused on the city’s budget deficit. No one can argue against the significant progress towards the black that has been made throughout Mayor Emanuel’s administration, but the document scarcely mentions the blighted neighborhoods plagued by vacant lots and crumbling infrastructure. A high-visibility project like the Riverwalk might bring in substantial revenue, but at what cost? What else might have been accomplished with that money?

“That $10 million Rahm is forking over to benefit the Gold Coast businesses that surround the Riverwalk? That’s the same amount of money Rahm refused to provide for two years to twenty neighborhood public schools, even though his school bosses agreed to fund the sustainable community schools pilot project in our 2015 contract,” said Christine Geovanis, Communications Director of the Chicago Teachers Union.

The Riverwalk reflects the city itself. The businesses stand high above the banks of the river in clean granite and glass; the skyscrapers stand imperiously above the streets; the people who are privileged enough spend a leisurely afternoon downtown. These are Rahm’s favorite things. But below it all is the real Chicago: the river, ignored, muddied, underfoot; exploited and forgotten.

As Rahm runs for his third term in office, consider the kind of Chicago you wish to endorse. This coming election demands action from every citizen of Chicago, and it deserves nothing less. 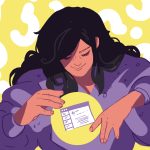 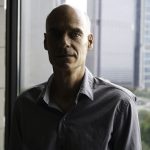