All mouths on deck! Annie and Irena got a tour of Vosges Haut-Chocolat and it was everything. 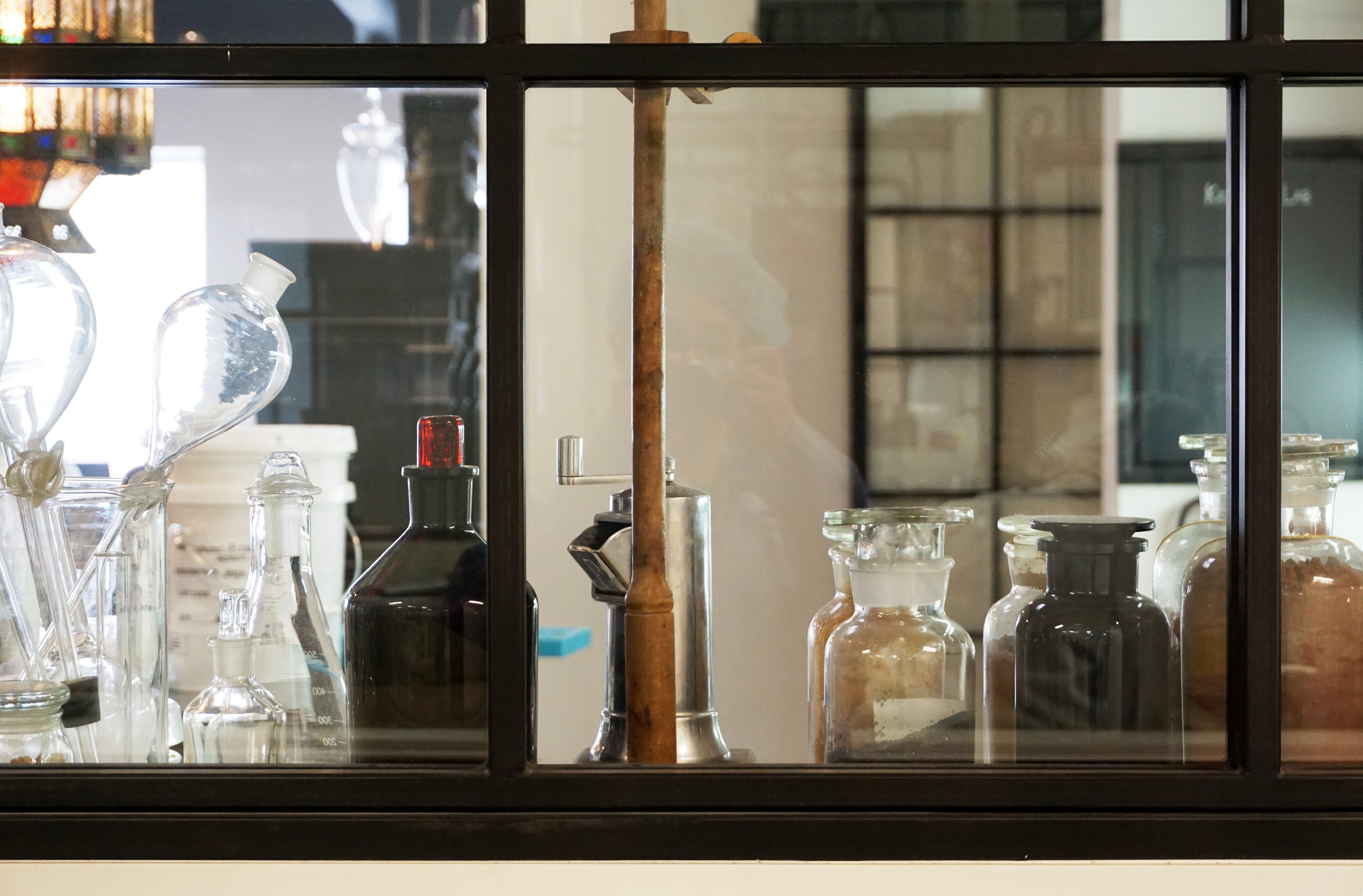 When Irena and I walked through the front doors, it felt like we had entered the perfume section at Macy’s if all of the perfumes smelled like sweet, sweet pork. We had entered the hub of Vosges Haut-Chocolat, a Chicago-based chocolatier known for its hyper-local attitude and globally sourced flavor offerings.

Jeff Ketterhagen, Specialty Sales and Regional Events Manager at Vosges, kindly offered F Newsmagazine a tour of the facilities, with more than a few free samples along the way. He apologized for the scent, as if he had anything at all to apologize for, and clarified that the aroma was emanating from a batch of bacon they were in the midst of cooking for Vosges’ very popular bacon chocolate bar. He told us it’s one of their best sellers, and we could smell why. In fact, Vosges was the first to introduce the bacon chocolate bar, and it’s flown off shelves ever since. Turns out (dead) pigs can fly, so get ready to finally fulfill all of those empty promises, you liars.

And while there were no blueberry children or scary river tunnels — and I would say that the safety standards were far superior to those of Willy Wonka’s factory — the childlike wonder at the spectacle was still present in our beady little eyes. 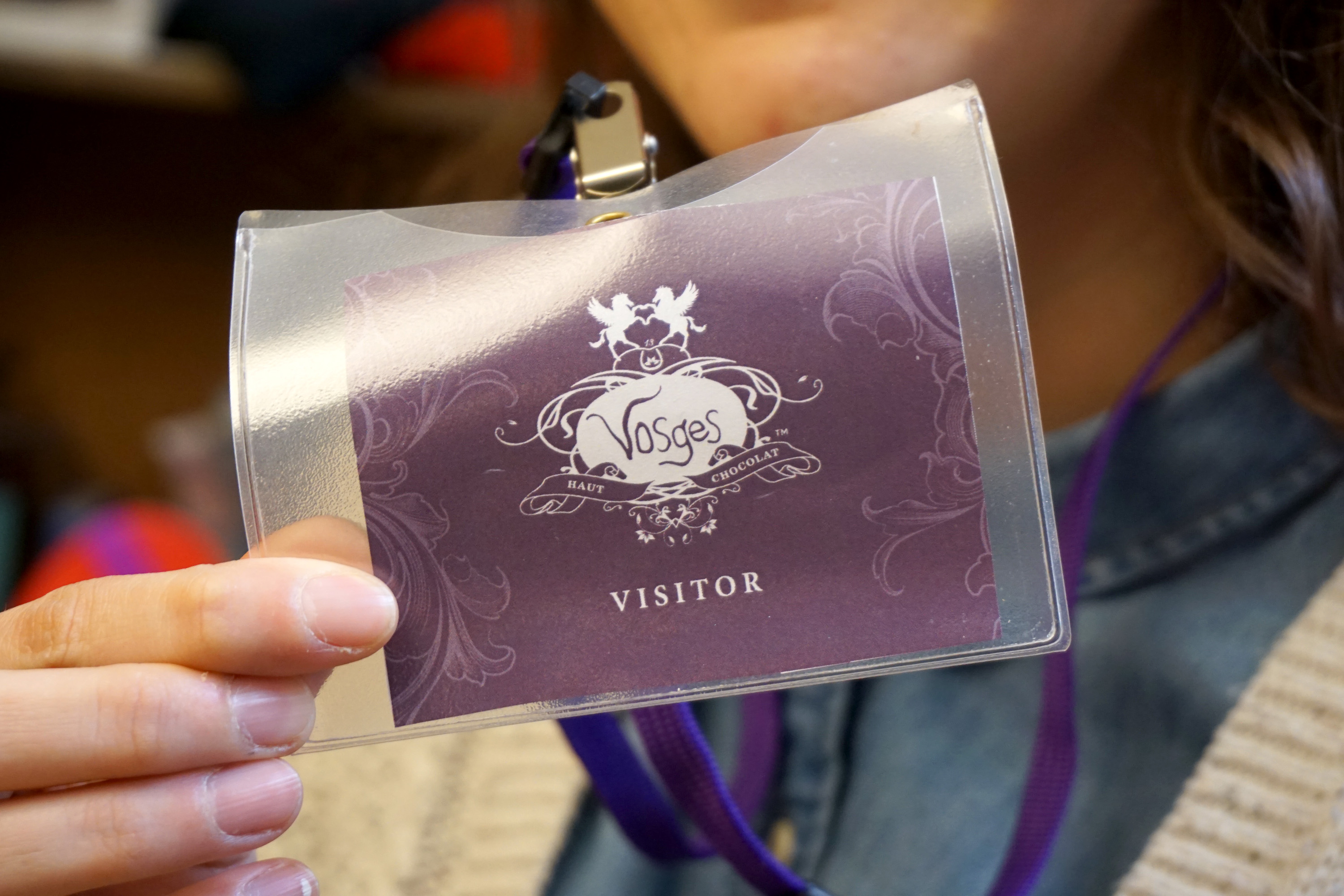 After donning our official Vosges lab coats and safety snoods, we set off for the factory floor, but not before learning a bit about Vosges’ rich history. Now in its 20th year, Vosges holds a commanding spot as a leader in chocolate innovation. It was one of the first chocolate makers to start putting surprising ingredients into their chocolate (like mushrooms, matcha, and curry).

After studying at Le Cordon Bleu in Paris and deciding she didn’t want to be a chef, Vosges’ founder Katrina Markoff began exploring her passion for chocolate in the kitchen of her home. Katrina’s original marble table where she tempered her first batches of chocolate resides in a special room of the factory — a reminder of the company’s humble beginnings. (Tempering is the process of repeatedly heating and cooling the chocolate in order to harden it and give it that signature crack.) For comparison’s sake, the only things I’ve successfully made in my home that have had a life beyond my front door have been mediocre chocolate chip cookies and anxiety. 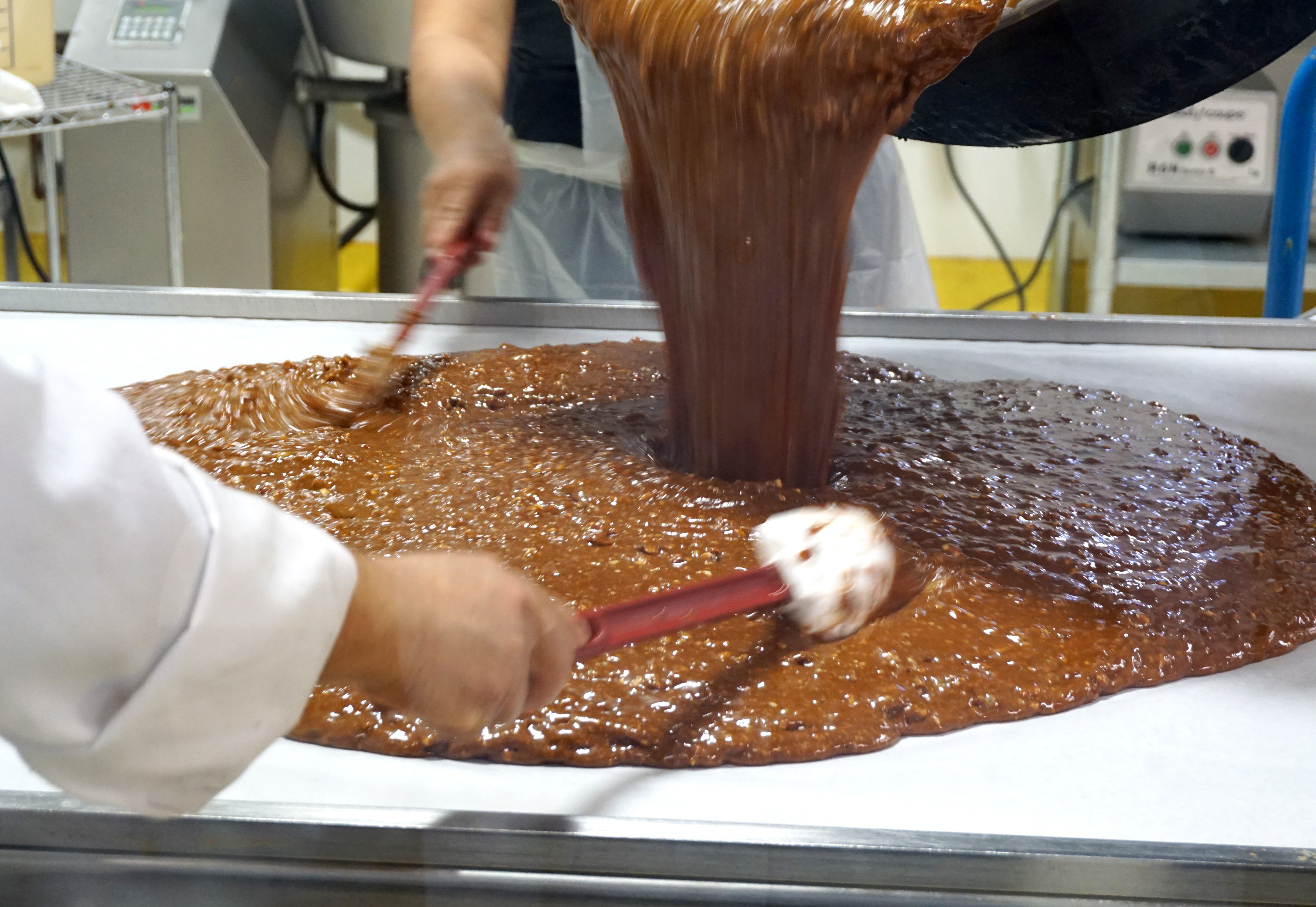 As we approached this room, we stopped at a window behind which two factory employees (read: confectionary angels) were pouring out a giant vat of warm toffee onto a cooling table. With my senses clouded by desire, anything Jeff was saying sounded like Charlie Brown’s teacher or dad or any authority figure. I couldn’t give you too many details about why exactly they were making the toffee and how — but if one thing is certain in this world it’s that if there wasn’t a pane of glass between us, the whole factory would’ve borne witness to a line-by-line reenactment of Augustus Gloop’s chocolate river scene, minus the lederhosen (maybe). 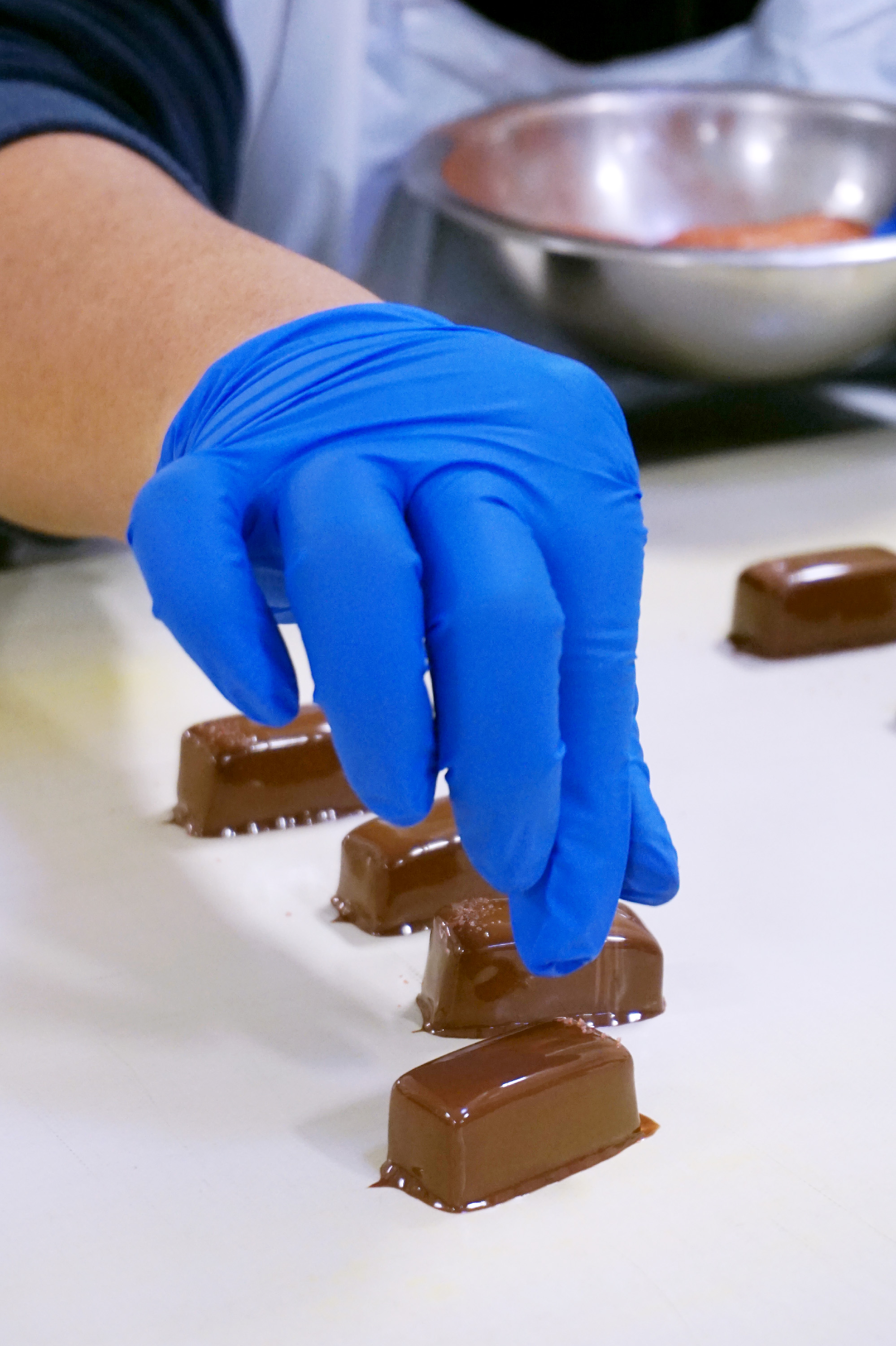 The factory itself is split up into a few different sections which are separated by room temperature and purpose, the warm side housing the tempering, molding, and decorating operations, and the cool side housing packaging and shipping. Willy Wonka could learn a thing or two from Vosges about streamlining his production process and complying with OSHA regulations. (Not allowing children within a certain distance of grumpy fowl, and certainly not allowing those same children to handle unpasteurized eggs would be a good place to start.) A giant garage door rolled up to reveal the warm portion of the factory. As we passed through, we were lucky enough to be able to watch one of the workers very carefully sprinkle pink salt onto one edge of every truffle passing by her on the conveyor belt. Wonder intensified. 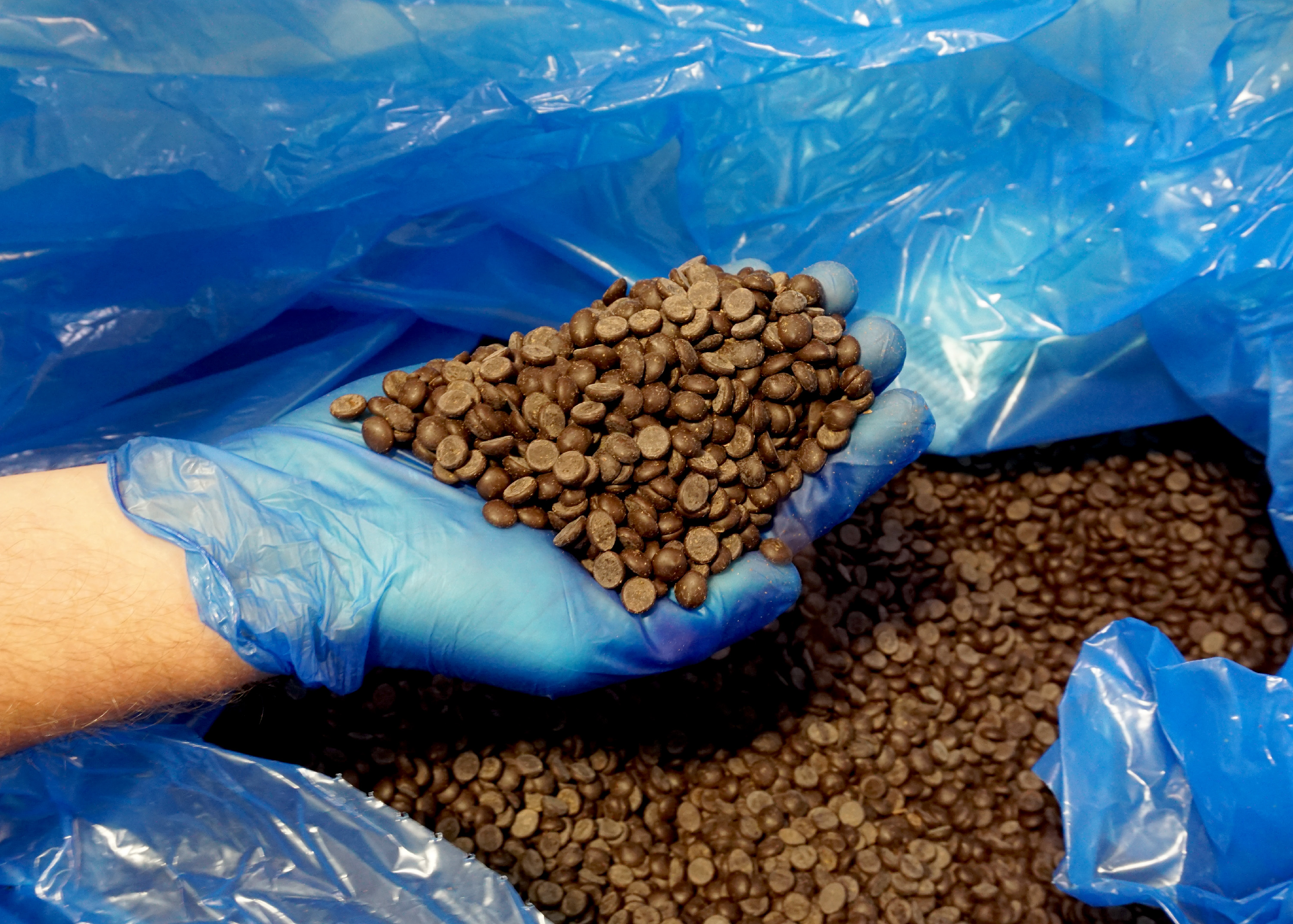 Continuing on, we saw the two-story-tall machine which pours the chocolate into molds and transfers it to the cool side of the factory to set, as well as the industrial-grade metal detector which makes sure no razor blades end up in your peanut butter cups. At the time we were there, they were preparing for Valentine’s Day and were in the process of hand-tying the bows on their heart-shaped boxes. Now, as we approach Father’s Day (which is very much a chocolate-gift-giving holiday), I’m sure they’re busy packing up trays of seasonal truffles featuring ingredients from all over the world — coconut, turmeric, and ginger were just a few of the flavors we got to taste during our time there. If the first thing your dad wants for Father’s Day is some goddamn peace and quiet for once, the second thing is chocolate. 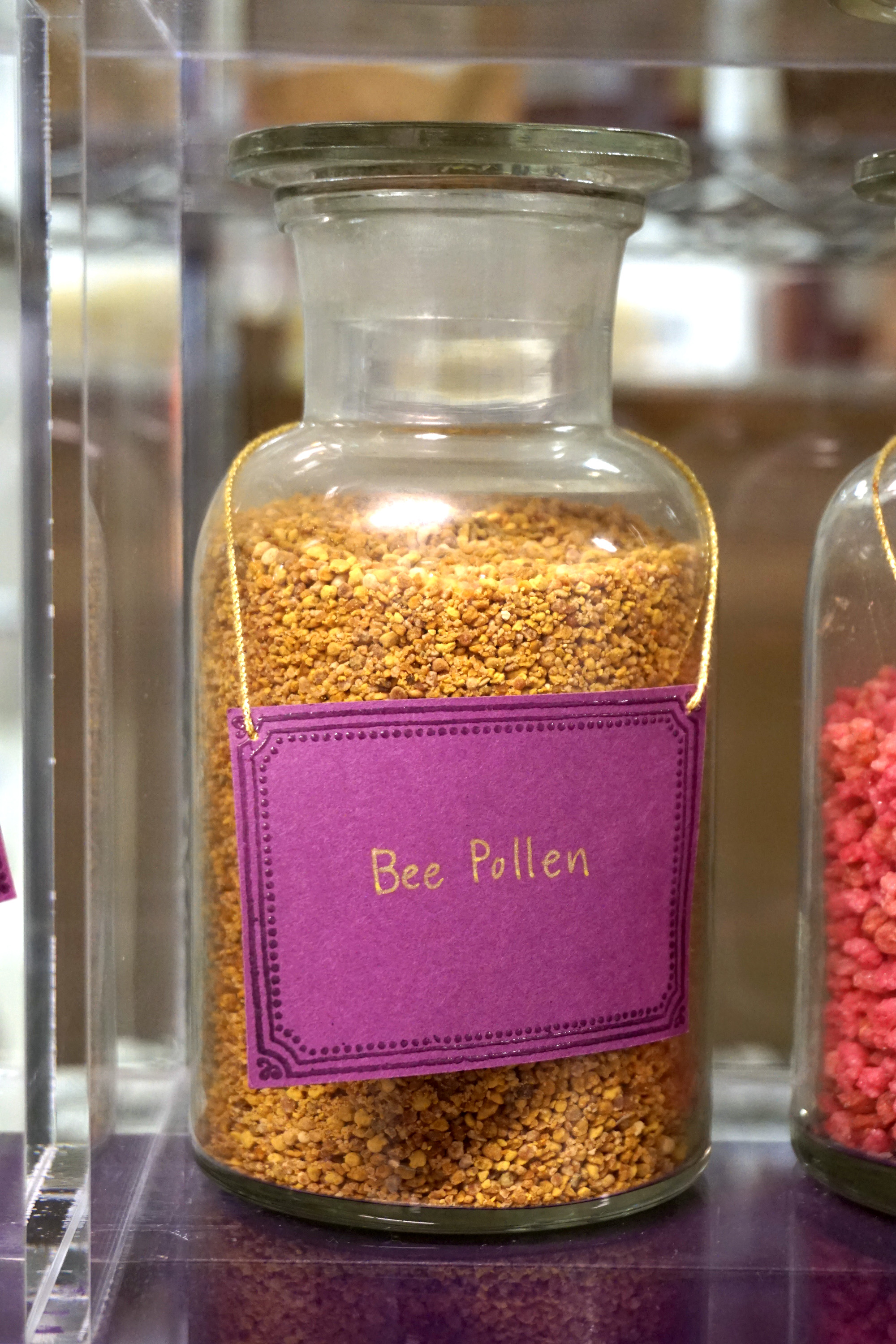 Along with its commitment to ingredient innovation and its Chicago heritage, Vosges is unique in its deep commitment to product freshness. At the conclusion of the tour, we were advised to eat our sample truffles within seven days because they contain no preservatives and only fresh cream. We both assured Jeff that this would not be a problem — and in an unnecessary addition to the conversation, added that there was literally no freshness date we could not meet.

The future looks bright for Vosges. The company is planning to expand its complex, so keep your eyes peeled for excitement on the horizon. No promises that they won’t have that scary river tunnel down the road, but I can promise that I will not be there if they do. To stay updated on Vosges news and to find out when you too can take a tour of this magical factory, visit vosgeschocolate.com. And remember: dad wants you to shut up and give him chocolate. You can purchase Vosges truffles, bars, and more at any of their four Chicago boutique locations — Lincoln Park, Michigan Ave., and O’hare Airport, terminals one and three — or on their website. Eat up!

The News This May