Chicago Women March to the Polls

F Newsmagazine took to the streets at the second annual Women’s March.

Women’s March to the Polls from F Newsmagazine on Vimeo.

At Columbus Parkway and Congress Drive near Grant Park, just next to the entrance of the School of the Art Institute’s Columbus Building, music started at 9 a.m. on January 20, 2018, while the rally began at 11 a.m. The Women’s March to the Polls gradually began its’s route, eventually ending at the Federal Building’s plaza on Clark Street.

This second march of its kind that was prompted as a gesture of resistance after 2016 elections and the announcement of several policies that endangered the rights of women. An estimated 250,000 marchers took to the streets of Chicago last year; this year, the estimated number of attendees was at 300,000.

F Newsmagazine was there, celebrating and encouraging women’s resistance.

Like News Chicago Women March to the Polls
« Previous Story 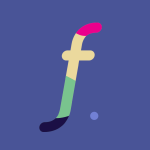 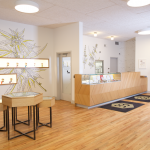